By now it’s pretty clear what the academy likes and doesn’t like when it comes to award time, so it’s easier to narrow down the front runners for the top gong. Early predictions are starting to roll in so let’s take a look at the contenders for the film, directing and acting awards.

It’s common knowledge that some truly great films get overlooked at the Oscars. The academy just does not seem to like comedies, science fiction, or fantasy very much, or horror for that matter. In 2004, ‘The Lord of the Rings: Return of the King’ was an exception, cleaning up 11 awards including Best Picture. But for the most part period pieces, biopics, or intense character studies are preferred over blockbuster entertainment. Which is why, regrettably, ‘Mad Max: Fury Road’ is probably not within a bulls roar of winning Best Picture despite arguably being the year’s best film. That hasn’t stopped Warner Bros. pushing for it. It should at least be nominated but who knows. We can also rule out some fantastic films including ‘It Follows'(Horror), ‘The Martian’ (Sci-Fi), ‘Ex Machina’ (Sci-Fi), ‘Dope’ (Comedy), and ‘Crimson Peak’ (Horror/Fantasy). Lamentable but that’s reality. Most of the agreed upon leaders haven’t even hit screens yet. Scouring the internet has revealed an early prediction is for ‘Spotlight’ starring Rachel McAdams, Liev Schreiber, and Mark Ruffalo. Directed by Tom McCarthy it tells the true story of the Boston Globe investigation that revealed a massive scandal of sex abuse within the Catholic church. An important film for sure and it’s a true story which the academy love. It also has plenty of talent on board. Steven Spielbergs latest, ‘Bridge of Spies’ is probably a shoe-in for a nomination, being a cold war drama starring Tom Hanks but doesn’t seem to be generating enough buzz to get over the line. ‘Steve Jobs’ could go close on the back of what is apparently a masterful performance by Michael Fassbender. We’ve already discussed here why ‘The Revenant’ with Leonardo Dicaprio and Tom Hardy is our short-priced favourite. ‘Room’ has done well at the festivals and it should receive a nomination. Biographies are most popular so David O. Russels ‘Joy’ gets thrown in as does romantic period piece ‘Brooklyn’. Rounding things out should be Quentin Tarantinos ‘The Hateful Eight’ who is still riding on the success of ‘Django Unchained’ a few years ago.

While not having seen either film yet, we predict the Best Picture award to be a close run race between ‘Spotlight’ and ‘The Revenant’.

Obviously, best actor nominations tends to follow Best Picture nominations so Leonardo is a logical choice to finally break his duck. He deserves it too, after a long career of fine performances. Outside of the main films, Eddie Redmayne is likely to nominated for his gender transitioning role in ‘The Danish Girl’ but not many actors manage to win Best Actor twice in a row. Johnny Depp is receiving plenty of attention for his creepy turn in ‘Black Mass’ but one has to wonder if the film itself will stand up enough to get him the award. Matt Damon was superb in ‘The Martian’ and was the main reason for that films ability to lift beyond mediocre into a very good movie. Jake Gyllenhaal was similarly good in ‘Southpaw’ but after being overlooked last year for ‘Nightcrawler’ it’s hard to see him featuring here either. As stated Michael Fassbender is receiving a lot of plaudits for ‘Steve Jobs’. However our prediction earlier in the year still stands. Leo for the win. 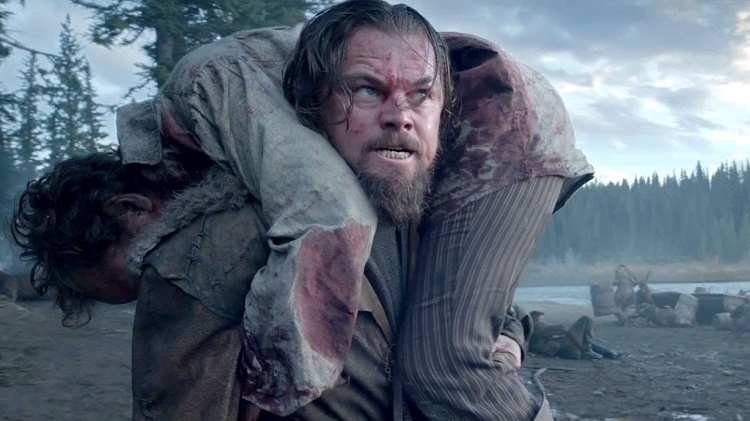 Going out on a limb here in saying there’s only one very strong chance and, perhaps perilously, ignoring Cate Blanchett. A relative youngster in her first ‘big’ leading role, Brie Larson should go very close for her emotional performance in ‘Room’.

Happy to leave it at that, although Saoirse Ronan, another young actress, could make it interesting for her role in ‘Brooklyn’.

Finally a chance for ‘Fury Road’ to gain some recognition, with George Miller sure to be at least considered even though his film most likely will not, travesty though it may be. Denis Villeneuve is another whose film ‘Sicario’ might not be nominated but his directing should be acknowledged. Danny Boyle is well respected and ‘Steve Jobs’ will carry him a long way but Alejandro González Iñárritu looks a top contender to go back to back after his win with ‘Birdman’ last year.

‘Inside Out’ has got to be the safest best in recent memory. It’s a film that probably deserves a nomination for Best Picture let alone best animated feature. It should win.

If we had to say anything, it could be a year where one film, ‘The Revenant’, takes out numerous awards but there have been surprises before.