The Margiela Tabi is a shoe that needs no introduction. Now that the iconic boots are undergoing a planet-conscious transformation, three artists have reinterpreted the tabi – blurring the lines between fashion and wearable art.

They turn heads and split opinions wherever they go. The Tabi is one of the most recognisable and divisive shoe designs of recent times. The famous split-toe is not an original invention of designer Martin Margiela, however. Instead, the Tabi is an amalgamation and a deconstruction. Drawing on the traditional Japanese worker’s shoe dating back to the 15th century, the Tabi is a modern interpretation of a shoe created for its wearability. The now famous boots first appeared as part of Margiela’s 1988 debut show.

The Tabi is an optical illusion: a bare foot elevated on a heel. The result is decidedly uncanny, an alien and somewhat uncomfortable deviation from typical footwear. In their first runway appearance, models traced red paint prints down the runway, generating something between a footprint and a hoofprint.

Since, many iterations of the Tabi have emerged. A notable collaboration with Reebok created unforgettable designs. Ballet pumps and loafers have also featured.

The new Recicla line is based on “recycling and upcycling”. The featured boots are made from leather that otherwise would have been discarded. They come in eight colours including olive green, sky grey and burgundy. Naturally, they are limited edition.

Check out some of the designs below: 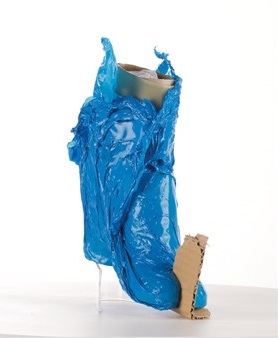 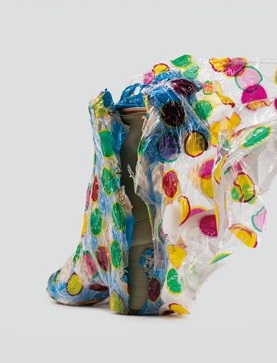