Recording debuts at Comic Con, before being officially released to the public, the Batman v Superman: Dawn of Justice and Suicide Squad trailers are already marketable entities in themselves that will be milked for up to twelve months. 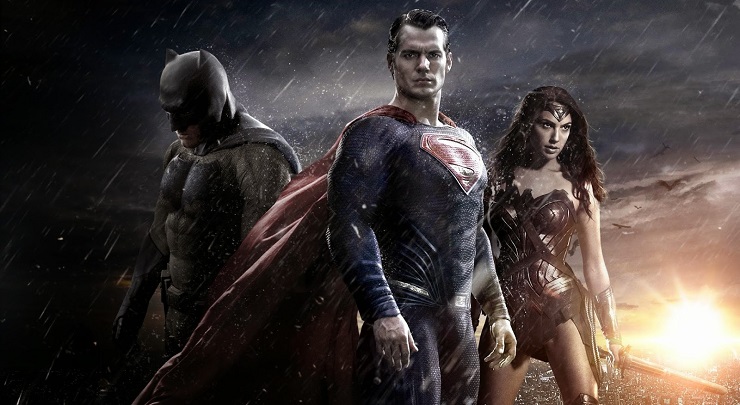 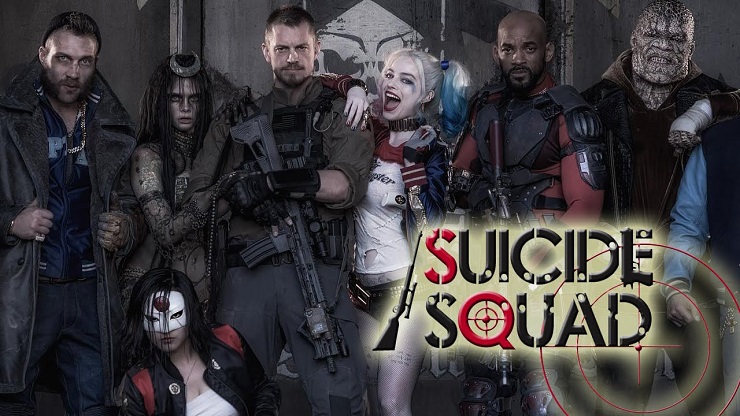 Despite some early controversy in which the footage of Suicide Squad was illegally recorded and leaked, both trailers have now been released to the public, wracking up over 40 million views between them in less than a week. This is crazy considering Batman v Superman has no official release date other than 2016 and Suicide Squad is set for an August 2016 opening. The amount of exposure and promotion these films will receive is unimaginable. Both films look extremely exciting for fans of the genre, with many unique characters and story arcs. Take a look at both trailers below.

Giving movie-goers such an early look at characters, stories, and costumes allows DC to conduct a very long, well thought out and executed marketing campaign for two films that they expect to be huge as far as audience attendance and engagement is concerned. They now have a full year to show snippets on TV, release more teaser clips and artistic images, promotional appearances by the stars, and roll out early merchandise well before the films see the light (or darkness) of a cinema. You can bet that every month from now leading up to their release there will be a news story popping up, a leaked clip, a rumour of a feud or romance on set, or some other titbit that will keep them bubbling away. They will be a constant in the front of consumer’s minds. By the time crowds finally flock to see the films, anticipation will be at an all-time high. The pressure is on them to deliver. So far the signs look good.

Batman v Superman looks incredibly grim, similar to The Dark Knight which will be almost impossible to top, and looks centred around each mans personal demons rather than any external force. Although it will be interesting to see how Wonder Woman and Lex Luthor fit in. It seems that Superman has become an image of destruction for most, society deeming him a threat to society while Batman is being hounded for his vigilante behaviour and inability to stop major atrocities from striking. Thus, they feel the need to destroy each other to prove, as much to themselves as anyone else, they are not outcasts.

Plenty of marketable material can be seen. With a new movie comes a new design for the bat suit and bat mobile to raise the awe of fans, while we also see hotly discussed casting options like Ben Affleck as Bruce Wayne, Jeremy Irons as Alfred and Jesse Eisenberg as Luthor. Social media will be alive with arguments as people voice their thoughts, whether others are interested in them or not. From experience, solitary threads on such topics can stay active for weeks or months so its safe to say the hype is not going to die down. Ben Affleck was a fantastic choice as the new Bruce Wayne. Not many actors have had a higher profile than Affleck in recent times. He’s had major positives, most notably the highly successful Gone Girl, and some lows, his controversial appearance on ancestry show Finding Your Roots. Either way he’s been a regular in news blogs for the past year, which only serve to raise the interest in his new film.

Suicide Squad appears to be one out of the box. The trailer has a consistently eerie and creepy feel, backed up by the range of characters we see including a malevolent Jai Courtney as Captain Boomerang, a seemingly unhinged Margot Robbie as Harley Quinn, and Jared Leto going all out as The Joker. The general premise for those unfamiliar is that a bunch of the most dangerous ‘criminal’ supervillains are recruited by the United States government to do their dirty work, ridding America of any accountability of anything goes wrong, which is bound to happen of course. They get sent into the most dangerous situations in order to ‘save the world’. It’s pleasing to note that Jared Leto has done the part of The Joker justice, although Heath Ledger will forever be etched in history for his portrayal of the villain.

This film should have no trouble creating a buzz, providing they use Margot Robbie and Will Smith as the drivers of their promotional vehicle. Robbie is one of the real ‘it’ women at the moment. She’s blown up so quickly since her breakout performance alongside Leonardo DiCaprio in The Wolf of Wall Street. Coming from humble beginnings on Australian soap Neighbours, she’s now regarded as one of the ‘hottest’ women in Hollywood, attracting attention all over the world, including some of the richest sports stars to walk the planet. Cristiano Ronaldo anyone?

Her striking beauty and down to earth nature have positioned her as one of the most in demand actresses in show business. In Suicide Squad she plays a dangerous, slightly insane but still sexy character that audiences are sure to eat up, especially when they see her acrobatic performance.

Complimenting her star attraction is Will Smith who becomes an action fans wet dream every time he holds a gun or dons a costume. Spicing up the interest will be the chemistry the two have already displayed on screen in the sexy heist film Focus. Rumours abounded at the time that there was a fling brewing, despite Smith’s marriage. Any suggestions of sparks flying between them will raise their head again with this film, creating enormous media attention the producers won’t necessarily complain about. As long as no infidelity actually occurs, any publicity is good publicity and the more dimensions there are for the audience to talk about the better it is for DC and Warner Bros.

Both films are certain to be two of the most anticipated of 2016 and will be promoted as such over the coming months. Even this article is now a part of the process and the buzz, let’s hope they deserve it.

Want to know more about Margot Robbie? Find it here.