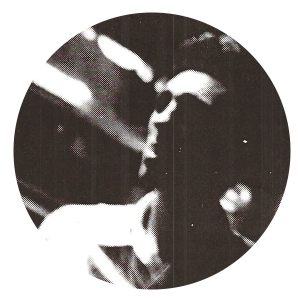 Sydney Australia based Ian Hartley is a multi faceted creative talent with a vast and varied resume. Ian was too young to be a child of the sixties, but came into his fore in the early seventies, where he started the decade as the curator of the Yellow House Galleries in Potts Point Sydney Australia.The following year taking over the reins of the University of New South Wales student newspaper Tharunka , during the halcyon days of student unrest at the tail end of the Vietnam War. The seventies were a busy time for Ian, as a regular exhibitor at Clive Evatt’s Hogarth Galleries in Paddington, he soon became established as an avant-garde multi media artist, later living and working in the soon to be demolished Walter Burley Griffith designed Paris Theatre in Oxford St which became home to many underground underground film and theatrical events.

A prime mover in Sydney’s 70’s burgeoning Punk and New Wave underground, publishing and editing his own magazine “Spurt!” chronicling that period of musical revolution. Next, co-establishing the trendy, groundbreaking Skin Deep clothing Store, located in Sydney’s then exciting, CBD. The profits from that venture enabling him to establish a performance space, Institute of Contemporary Events, (I.C.E.) which fast gained a reputation as the place to see the cutting edge avant-garde of musicians and performers, from all over Australia. Hartley has also had video installations at the Festival of Sydney and The Museum of Modern Art in NYC.

Winning two AFI awards, One for the video clip for his 12-inch single “Bang Bang”, performed by his own band, The Love Cage, and for his experimental film “Kau Boys” that soon went on to be played alongside such luminaries as Jean Luc Godard in several European Video festivals.He later went on to publish and edit several magazines, ranging from Sydney’s Town Magazine, through to the before mentioned punk publication Spurt! and later the post punk magazines NO and Silence, and Fetish, then with San Francisco’s Research publications, he helped bring about a resurgence in the lounge music scene, as contributor to such books as Incredibly Strange Music Vols. 1 & 2. Ian has created many theatrical and cinematic installations, as well as, for several years, designing many of Sydney’s restaurants and clothing stores and later as an avant-garde nightclub designer, creating and marketing some of Sydney’s landmark night-clubs and bars, for over twenty years, including Jamison St, Soho Bar, Base, Dome, Site, Orb, Palladium, Kinselas, Peppermint Lounge, The Civic Hotel, Q Bar and Candy’s Apartment. He has been commissioned to write a history of the Sydney Underground, from the 1950’s Onwards, and is a regular contributor to Copenhagen’s Red Door magazine.