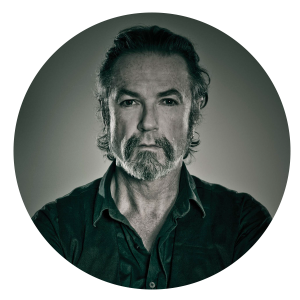 The Church has released over 30 albums and are signed to major labels (EMI, Mushroom, Festival, Liberation Blue) in Australia, Europe and the United States. Their songs have garnered massive international success with albums and songs like Starfish and “Under the Milky Way,” which have topped the U.S. Top 40 charts. Their songs have been covered by The Killers, The Smashing Pumpkins and The Afghan Whigs just to name a few. “Under The Milky Way” has featured in many films and television soundtracks, as well as being selected by the Australasian Performing Right Association as number one Australian song of all time (beating the song in second place by twice as many votes).In 2010, The Church was inducted into the Australian Recording Industry Association (ARIA) Hall of Fame joining artists like The Dingoes, Little Pattie, Mental As Anything and John Paul Young. Aside from The Church, he has released nine solo albums on various prominent labels including: Enigma, Rykodisc, Rough Trade and Vicious Sloth.

He has also collaboratively written and produced recordings with the late Grant McLennan of the Go-Betweeners, whose song, “Cattle and Cane,” was selected as one of the Top 30 Australian songs of all time; Stephen Cummings, singer-songwriter of The Sports; and Kev Carmody, who has been inducted into the ARIA Hall of Fame as well. Throughout his musical career, he has been internationally lauded for his voice, stage presence and compositional skills – establishing a strong fan base in Australia and around the world. Outside of Kilbey’s musical career, he is an accomplished painter, actor, writer, poet and blogger with 10,000+ readers a day.Kilbey is an accredited wizard on rock knowledge. As well as being a famous singer song writer and artist, he is also the undefeated reigning champion of the popular Australian TV Series “Rockwiz”. And it is no surprise that Kilbey makes the perfect author for the Masters of Music Legends series.