Marc Quinn’s huge, ethereal white orchids, gorgeously spotlighted in the center of the black oak catwalk, were in fact cast in bronze. The contrast of floral delicacy and weighty substance was a perfect introduction to Sarah Burton’s new collection for Alexander McQueen. She’s been in a Japanese frame of mind for at least her last men’s and Resort collections. Here, the geisha and the samurai embodied the extremes of her latest looks.

Burton fell under Japan’s spell years ago, when she’d traveled there on Lee’s business. She acquired quite the collection of kimonos and other artisanal artifacts. And she fell in love with the notion that clothes could have so much personal meaning for their owners. That idea of preciousness was her new inspiration. “Make your clothes so they mean something,” was her mantra.

It made for an intense show. The models walked with faces encircled in black lacquer frames, courtesy of the ingenious makeup-ist Pat McGrath. The clothes were tightly belted, tightly harnessed, which created an especially loaded image when the harness was wrapped around a purely feminine kimono shape: the ultimate lady warrior. The fetishistic physicality of such a look was echoed in the inserts that articulated jacquard sheaths, the streamlined pantsuits and the flaring skater skirts, the zippered kimono sleeves. The clothes were infused with an odd energy. 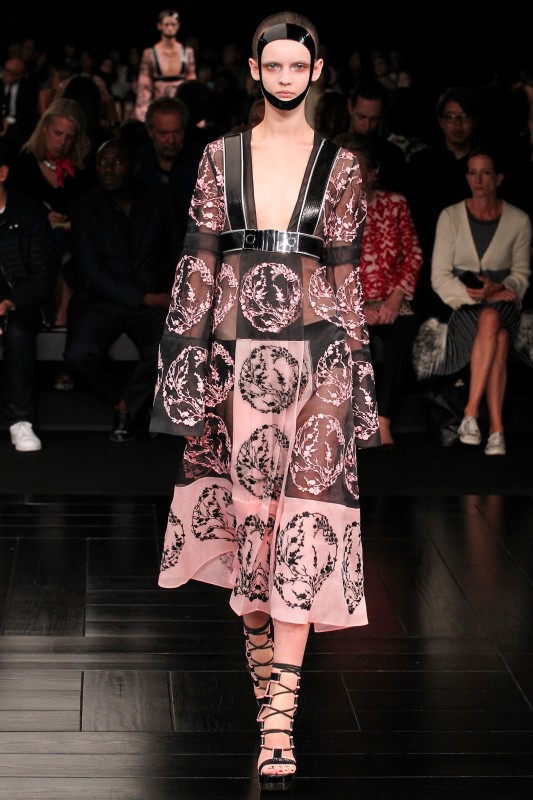 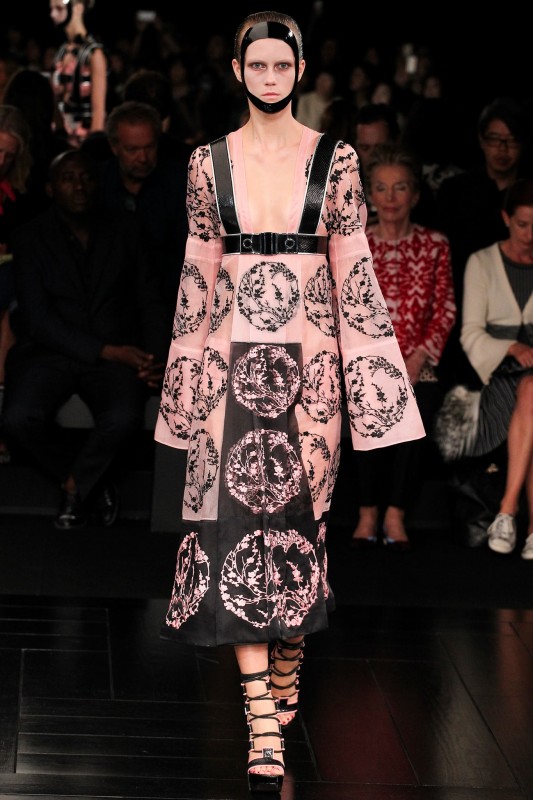 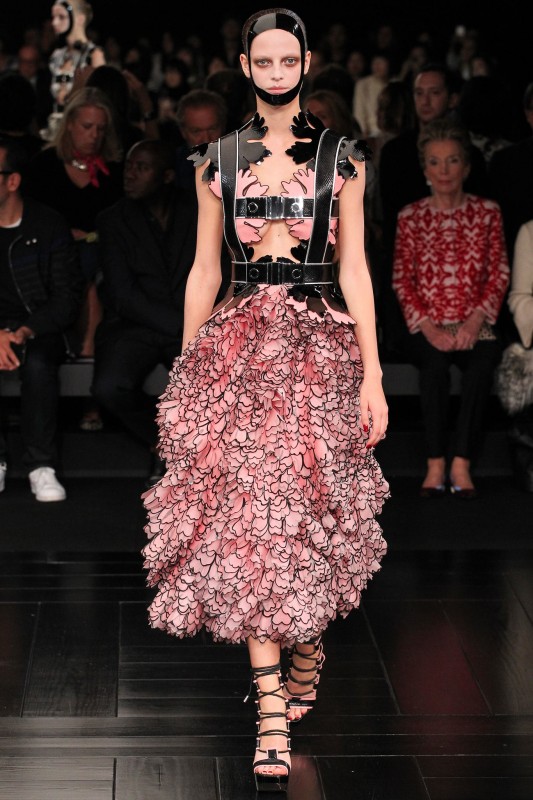 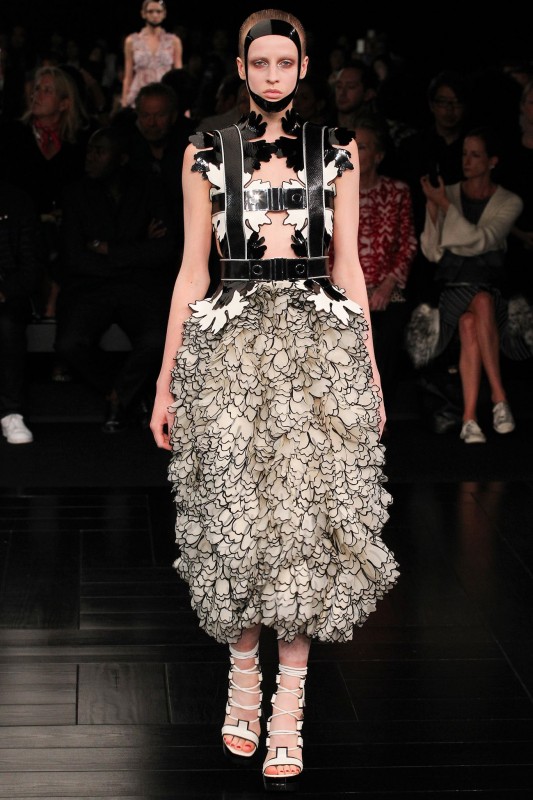 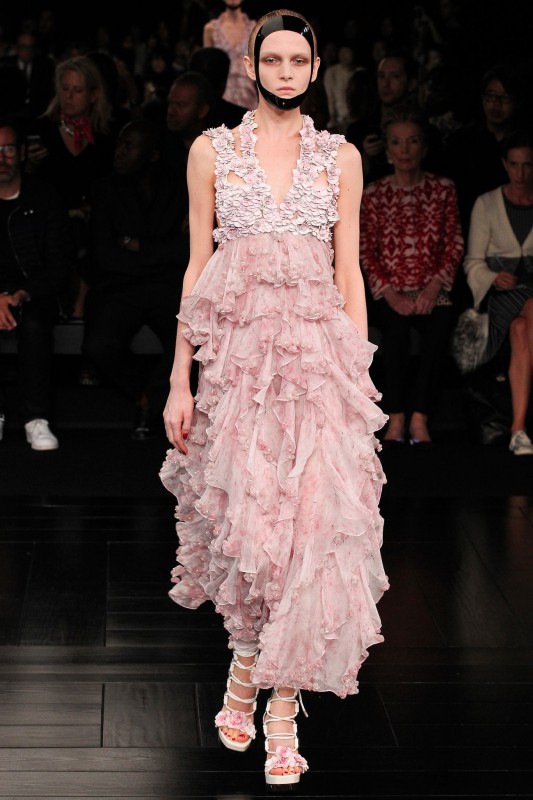 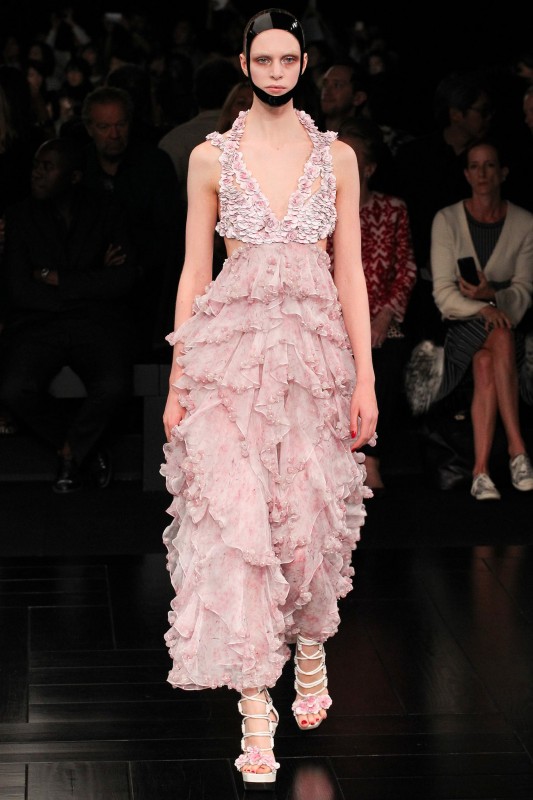 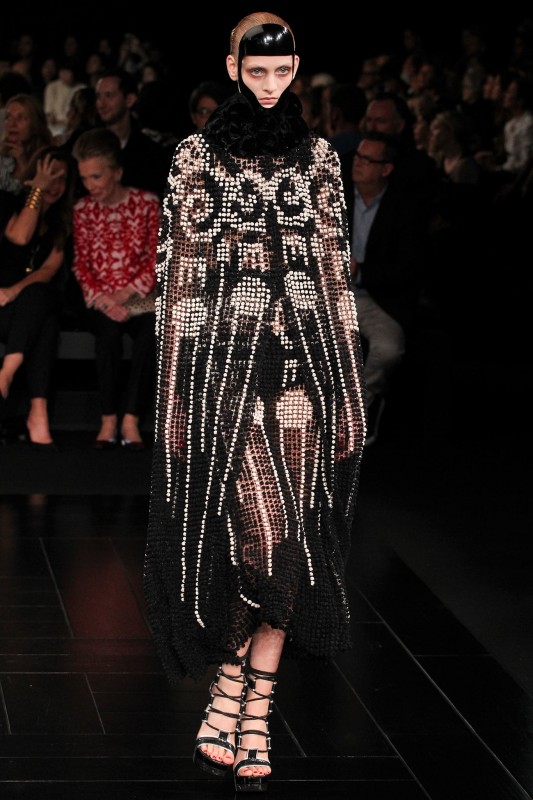