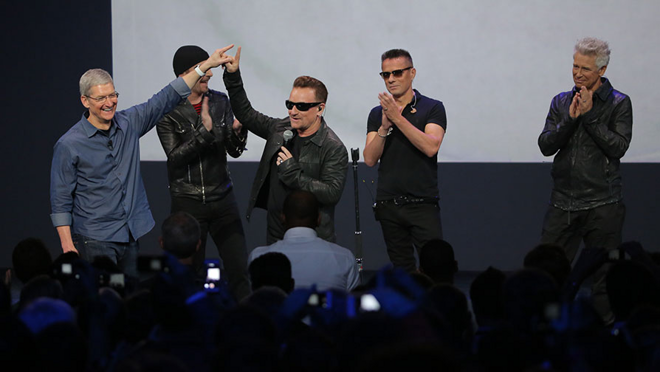 Bono has apologized for giving new meaning to the wordearworm and sending U2’s latest album straight into iTunes users’ music libraries, whether they wanted it or not, Pitchfork reports.

In a Facebook Q&A session, one non-consensual listener wrote, “Can you please never release an album on iTunes that automatically downloads to peoples [sic] playlists ever again? It’s really rude.”

Pitchfork, a music-reviews website, reports that a seemingly chastened Bono replied, “Oops. I’m sorry about that. I had this beautiful idea and we got carried away with ourselves. Artists are prone to that kind of thing. Drop of megalomania, touch of generosity, dash of self-promotion, and deep fear that these songs that we poured our life into over the last few years mightn’t be heard.”

“There’s a lot of noise out there,” the U2 front man continued. “I guess we got a little noisy ourselves to get through it.”

U2’s latest album, Songs of Innocence, was uploaded to iTunes users’ libraries for free download on Sept. 9. Non-U2 fans, and even U2 fans chaffing at not having a say in the matter, cried foul.