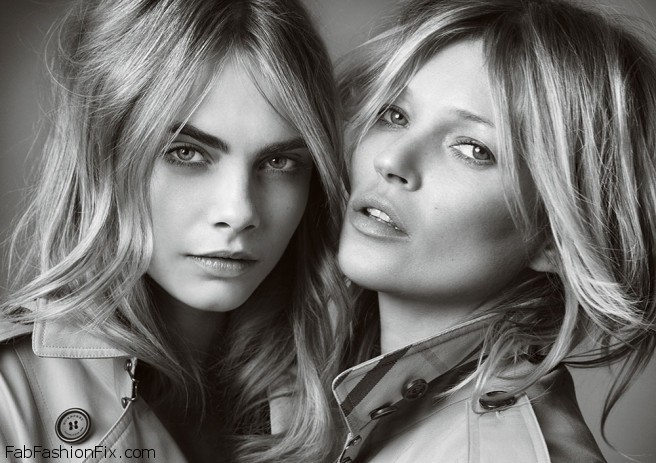 It was fashion’s most talked-about collaboration and now, the creative brains behind Kate Moss and Cara Delevingne’s My Burberry campaign have taken us behind the scenes on the now iconic shoot.

Acclaimed photographer Mario Testino and Burberry’s creative director Christopher Bailey have released a behind the scenes video explaining how two of fashion’s biggest names came together for the iconic British brand.

Speaking about working with Cara Delevingne, 22, and Kate Moss, 40, Testino said: ‘When I started doing Burberry, we decided to bring Burberry to the people and who was the best person to communicate that? Kate Moss.

‘That royalty that comes from being, not inheriting it, but creating it yourself.’

He continued: ‘The first time that Christopher asked me to shoot Cara Delevingne for a campaign, I was quite surprised because she was quite a new person in the business but he was so seduced by her energy that he thought she’d be the perfect person to represent the brand.’

And right he was. Cara has gone on to make a name for herself as one of the world’s most famous and sought-after models, so it seemed fitting that he invited the girls back to promote the new fragrance, My Burberry. 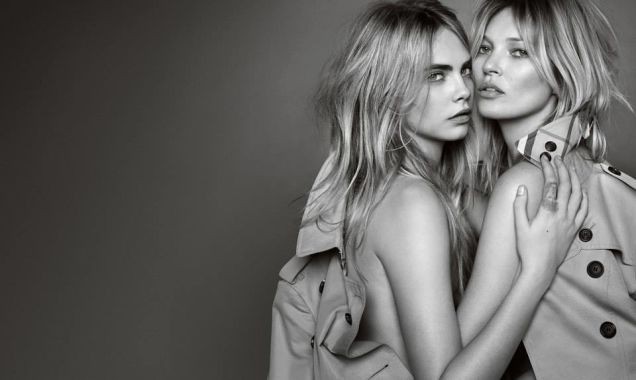 Speaking about his inspiration behind the campaign, Bailey said: ‘When I started to visualise what I wanted to capture from My Burberry, I knew it needed to be iconic and had to feel modern so we we’ve got the trench coat at the heart of the fragrance and we also decided to work with two of our iconic Burberry girls that have never actually worked together.’

The pair both wear the brand’s classic heritage trench coat for the racy shoot and can be seen naked cosying up to one another as they shelter from the rain under a Burberry trench coat, while sharing a few giggles.

‘The energy was amazing, the two girls were explosive,’ said Testino.

‘You can see them having fun, being thoughtful and getting to know each other better. It was their personal experience.