Twenty years ago, Pulp Fiction unapologetically sampled and remixed film history. So why did it feel so original? 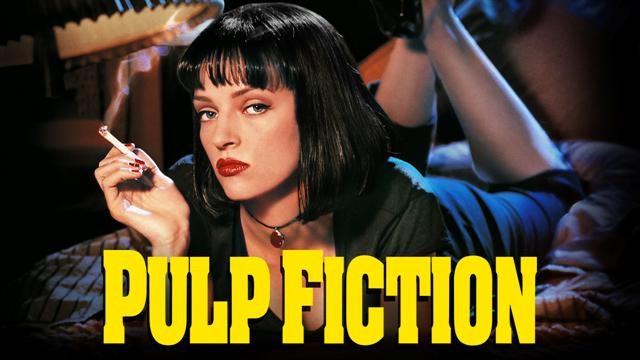 In the summer of 1989, the Beastie Boys released Paul’s Boutique, the long-awaited follow-up to their multiplatinum 1986 smash License to Ill, and a marked departure from it—they had abandoned the jokey, simple style of their debut for an extravagant, textured, musical mosaic. That multilayered sound was provided by the Dust Brothers, Los Angeles-based producers/DJs and specialists of sampling.

Sampling—extrapolating pieces of previously existing musical works into new compositions—had been a cornerstone of hip-hop from its humble beginnings, the turntable transforming from an electronic appliance into an instrument for would-be musicians who couldn’t play, or afford, more entrenched instruments. But on Paul’s Boutique, the Dust Brothers (like the Bomb Squad on Public Enemy’s It Takes a Nation of Millions to Hold Us Back and Prince Paul on De La Soul’s 3 Feet High and Rising) transformed sampling from a necessity to an art form. They sampled from more than 100 songs on the album’s 15 tracks, exponentially grafting elements of the old to create something vibrantly new.

Quentin Tarantino was listening. In his early screenplays, he couldn’t help but write in the language of the films he’d seen and loved, and as a result, they were filled with references and homages, a line here, a scene there, a character in this script, a situation in that one. It may have been a choice; it was more likely just the way he saw the world. In his book Quentin Tarantino: Life at the Extremes, Aaron Barlow calls Tarantino “perhaps the first director to speak ‘film’ natively and fluently in his discussions of the world” and writes that “he negotiates reality through film.”

Over the years, his critics have contended that Tarantino is less a creator than a repository, less an artist than a recycler of ideas and dialogue from Hollywood’s past. It’s a charge that’s haunted him since the controversy over Reservoir Dogs’ debt to the 1987 Ringo Lam film City on Fire, and it’s revisited anew whenever a Tarantino film arrives, with online articles and chat rooms dissecting the genealogy of his latest work. Don Murphy, Natural Born Killers producer and longtime Tarantino nemesis, voiced his opinion on the matter bluntly: “Quentin doesn’t have a single bone of originality in his body.”

But Tarantino doesn’t see Murphy’s notions of originality and his own considerable film savvy as mutually exclusive. “I steal from every movie,” he said, unashamedly at Cannes in 1994. “I steal from every single movie made, all right? I love it. If my work has anything it’s because I’m taking from this and from that, piecing them together. If people don’t like it, tough titty, don’t go see it.” In other words, he is—like the Dust Brothers and the Bomb Squad and DJ Shadow and DJ Premier—collecting bits and pieces, both popular and forgotten, and sculpting them into a transformative work.

Like the Dust Brothers, Tarantino casts a wide net for inspiration. The samples of Paul’s Boutique range from the expected hip-hop standbys of funk (Sly and the Family Stone), disco (Rose Royce), and R&B (James Brown) to more far-flung sources: the Beatles, Pink Floyd, Loggins and Messina, the Ramones, Black Oak Arkansas, jazz drummer Alphonse Mouzon, folk guitarist David Bromberg, German Italo disco singer Fancy, even John Williams’s Jaws theme. The obscurity of the cuts is a badge of honor for DJs, as is the skill with which they intermingle such seemingly incompatible sounds. Tarantino has likewise ingeniously mixed and matched throughout his career, most notably in Kill Bill(kung fu, anime, Western, drama), Death Proof (horror, action, grindhouse homage), and Django Unchained (spaghetti Western, blaxpoitation, comedy).

“I don’t consider myself just as a director,” he explained, “but as a movie man who has the whole treasure of the movies to choose from and can take whatever gems I like, twist them around, give them new form, bring things together that have never been matched up before.”

There is a history of this kind of thing. The Film Society of Lincoln Center’s longtime programming director Richard Peña has dubbed Tarantino a “second-generation movie brat,” after the movie-crazy kids of the ’70s (Spielberg, Scorsese, Lucas, Coppola) who became that era’s cinematic superstars. In 1993, Graham Fuller went a step further, calling Tarantino “not so much a postmodern auteur as a post-postmodern one, for he is feverishly interested in pop-cultural artifacts and ideas . . . that themselves spring from earlier incarnations or have already been mediated or predigested.” For example, he notes, True Romance is inspired by Badlands, but Badlands was inspired by earlier films like Gun Crazy, They Drive by Night, and You Only Live Once, creating a “double frame of reference.”

Don Murphy’s opinion: “Quentin doesn’t have a single bone of originality in his body.”

The question becomes: To what degree are audiences aware of those frames? David Bordwell contends that Tarantino deliberately signals his sources to his audience, “in order to tease pop connoisseurs into a new level of engagement,” while Aaron C. Anderson writes that by using framing markers and calculatingly phony distancing devices (like, for example, the black-and-white process shots in Pulp Fiction), “Tarantino draws attention to his film’s status as a film, as a constructed work of fiction, and as a ‘simulation.’” Tarantino’s works are self-aware texts, and even the casual viewer who may be unfamiliar with specific references is certainly cognizant that Tarantino is dealing in “cinematic” situations, for which there are forerunners and precursors. He uses our knowledge of them, and the baggage they bring, to both flesh out his stories and to confound our own expectations.