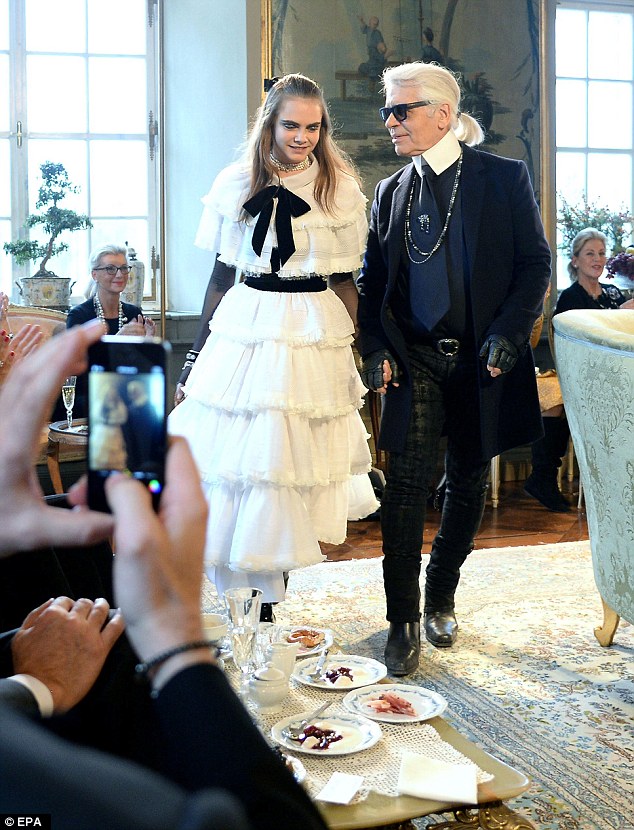 It truly is fashion festival season right now (and a busy one at that), with the British Fashion Awards having been held one night and the highly anticipated Victoria’s Secret Fashion Show on the very next day. But while most big name models are lining up in sparkly and bejewelled lingerie, one of today’s most successful and coveted models is noticeably missing from the lineup.

Despite making her debut as an Angel last year, top model Cara Delevingne made the bold decision to skip this year’s event due to a conflicting engagement. The winner of the Best Model from the British Fashion Awards was jetted to Austria with friend and fellow model Kendall Jenner to be part of the Chanel Metiers d’Art show just hours after she was given the award. 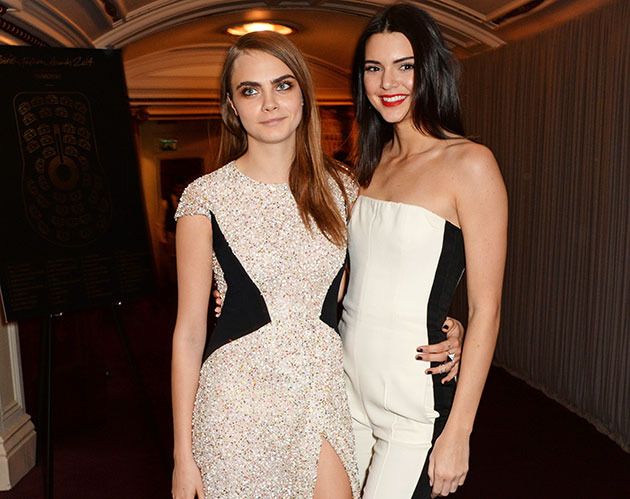 The glamorous pair presented designs by  fashion legend Karl Lagerfeld in the stunning Hotel Schloss Leopoldskron, Salzburg, that radiated with Austrian opulence and style. The model, actress and style icon walked the runway in a blue Austrian-inspired outfit, before swapping it for a bridal white tiered dress of Victorian inspiration as she was accompanied by Lagerfeld. 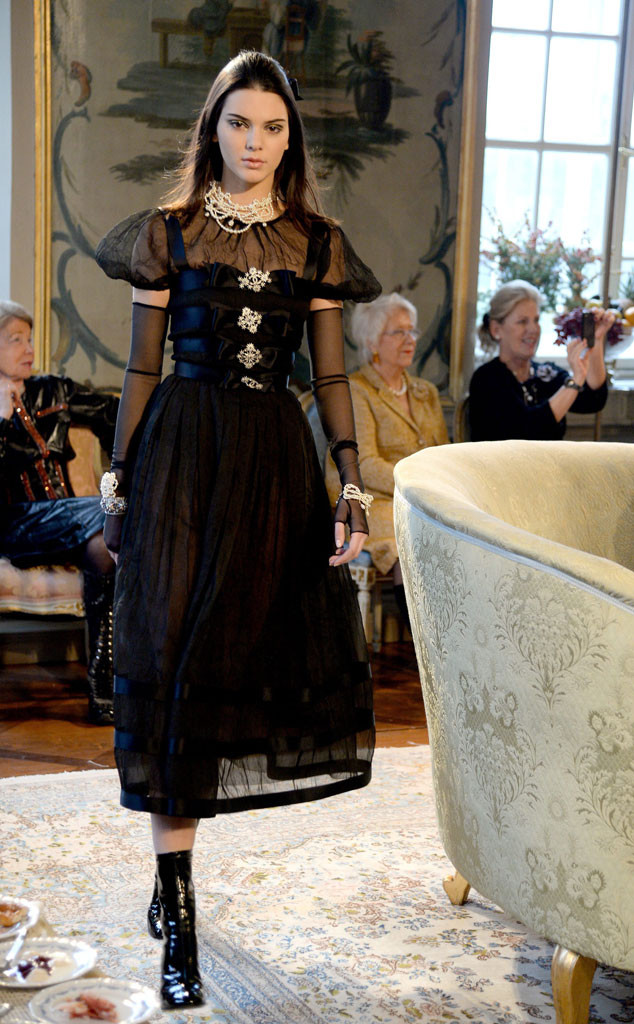 High-waisted shorts, a frilly turtleneck and thigh-high suede were part of Kendall’s first runway outfit, who pulled off the bold look with ease. She then wore a sheer black masterpiece with shiny black boots that matched those Cara wore with her white ensemble for their closing of the show. 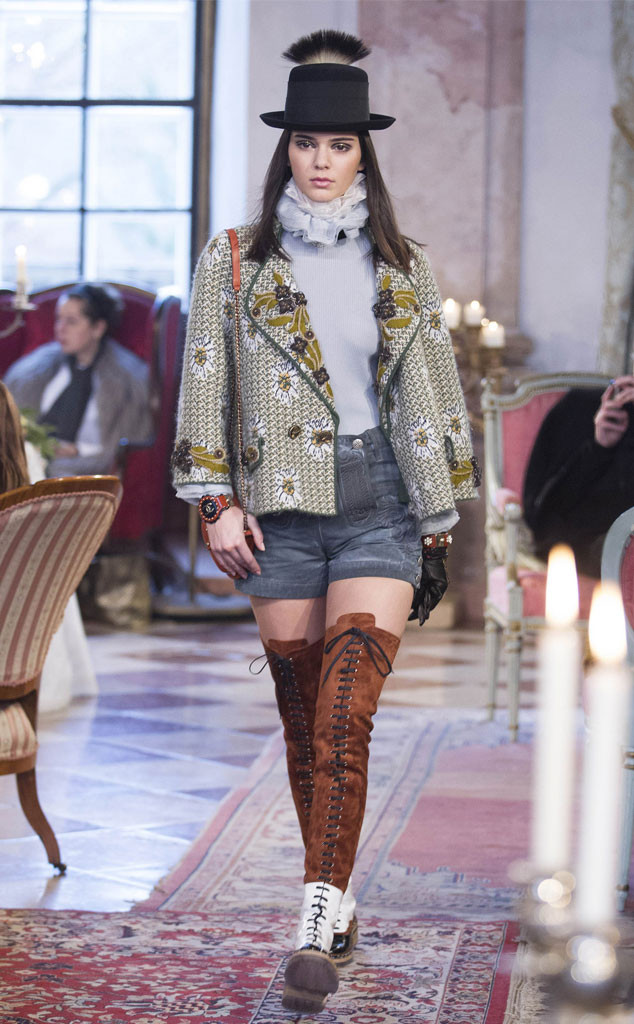 Cara is no stranger to the wonderfully inventive creations of Karl Lagerfeld, having recently starred in a short film directed by Lagerfeld alongside singer Pharrell for Chanel. The pair channel Austrian Emperor Franz Joseph I and Empress Elisabeth “Sisi” to tell the story of the inspiration for the iconic Chanel jacket. 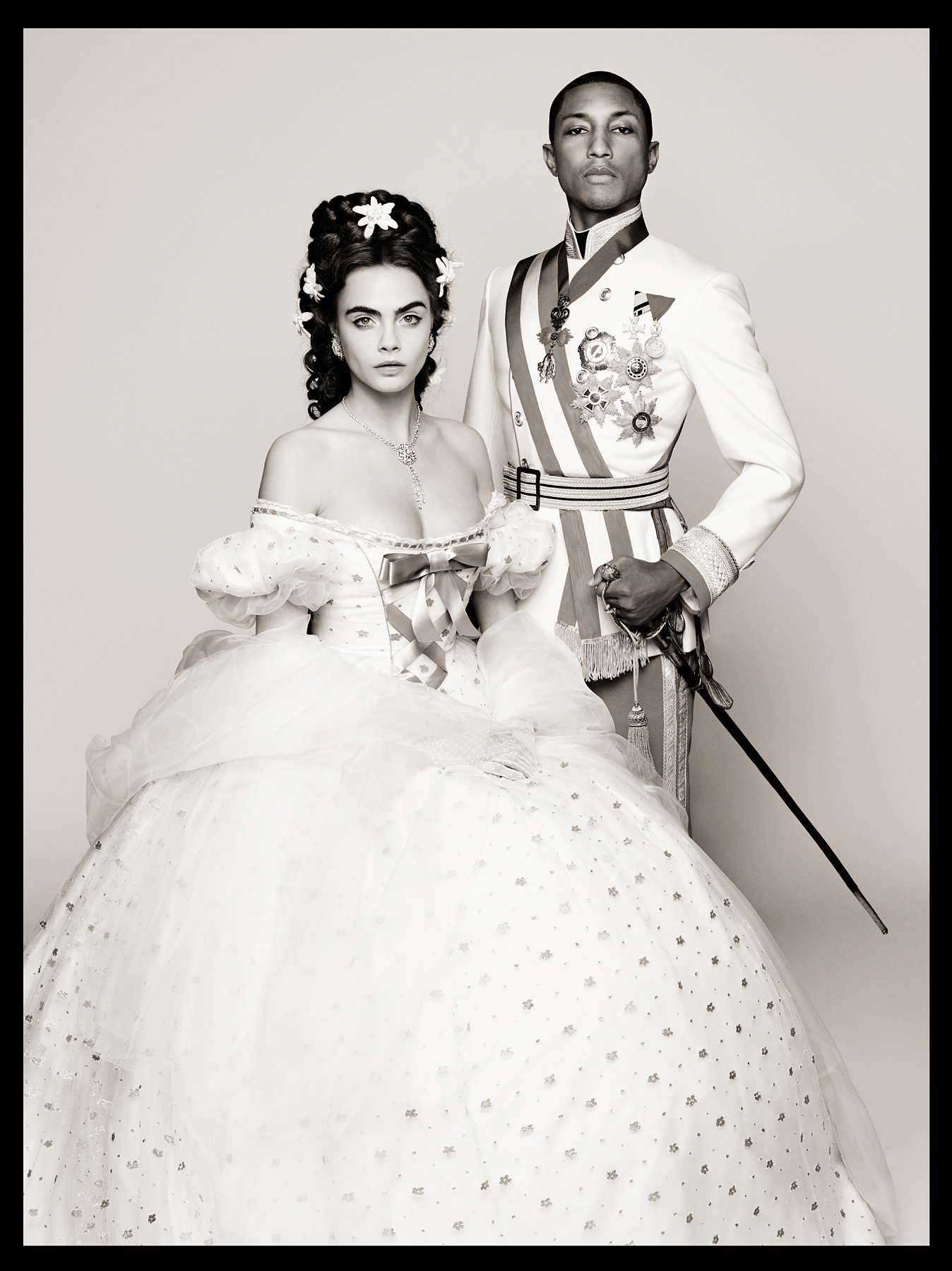