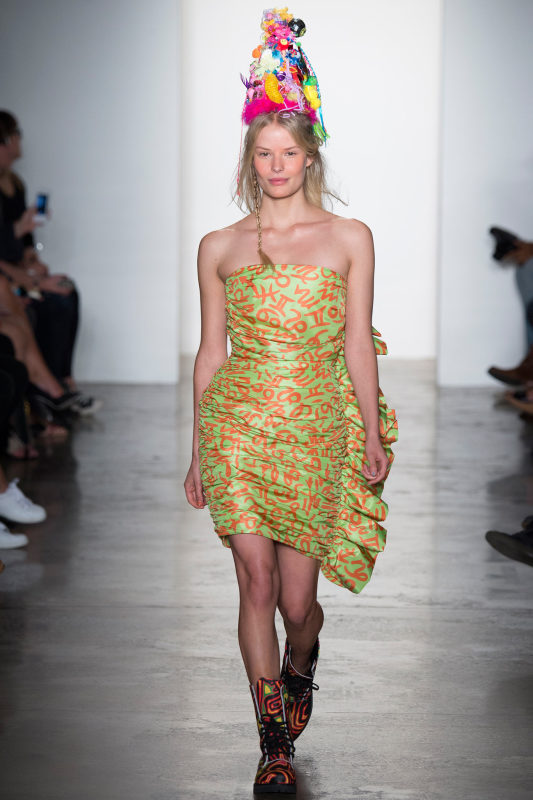 Innovative designer Jeremy Scott gives new meaning to street fashion with his bold, quirky designs from his Spring 2015 Ready-to-Wear collection. He transforms lowbrow pop culture into artistic collections that are not too often seen on the runway, with a hip, music festival vibe that screams “too cool to care”. There were no shortages of bright colours, clashing prints or flamboyant ensembles, and not one piece in his collection could ever be described with the words plain or simple. 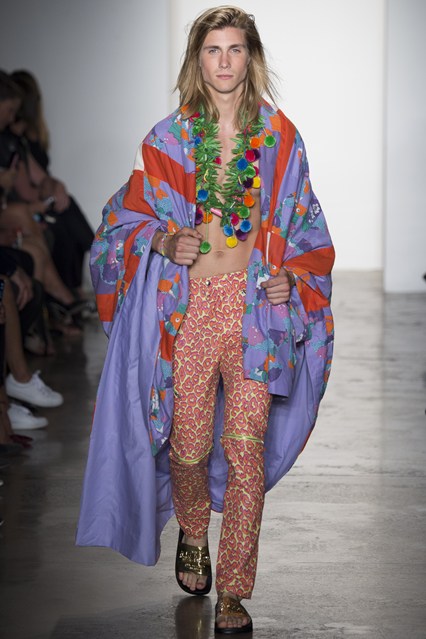 The American-born fashion designer’s first runway collection was debuted in Paris in 1997, and now he has his name to his own eponymous label, with a devoted celebrity following from Miley Cyrus, Katy Perry, Madonna, Lady Gaga and Rihanna. In addition to his own line, last year he was named the new creative director of Moschino. 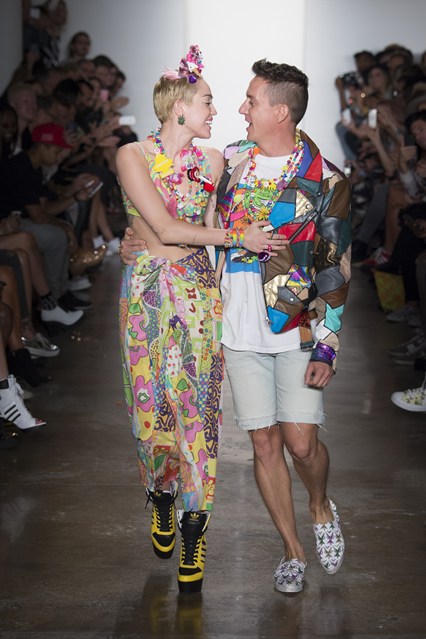 Pop sensation Katy Perry has become a long time friend of Scott’s, and remains a loyal customer and muse of his. “A lot of designers are scared and try to please their audience. Jeremy designs to please himself,” the pop star has said. “I’ve developed my own personality and can wear whatever I want, and that’s why I wear Jeremy Scott.” 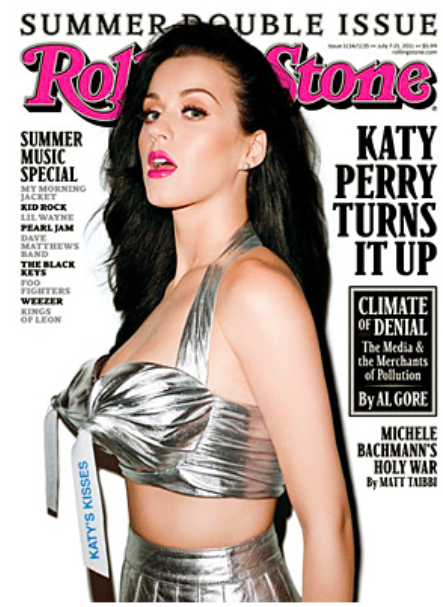 Scott stays true to his thrift shop meets luxe vibe, oozing exuberance from pop culture references such as SpongeBob SquarePants, Barbie and Shrek, despite countless offers from labels such as Versace, Paco Rabanne and Chloé. “Red carpet gowns don’t float my boat. There are enough boring clothes in the world,” the fresh and unconventional designer has said. And it is this determination and strong-mindedness that has given him global success. “People don’t want quiet fashion from me. They want the whole nine yards.”