Remember the time when Madonna erupted the world with her glorious moment of lip –locking with Britney Spears? The Madonna-Britney kiss became and still is an iconic, show stopping historic moment… Will Madonna make another moment in history? She  announced that she’s performing at the 2015 Grammy’s? Tough call for all our viewers, this one will be a hard one! 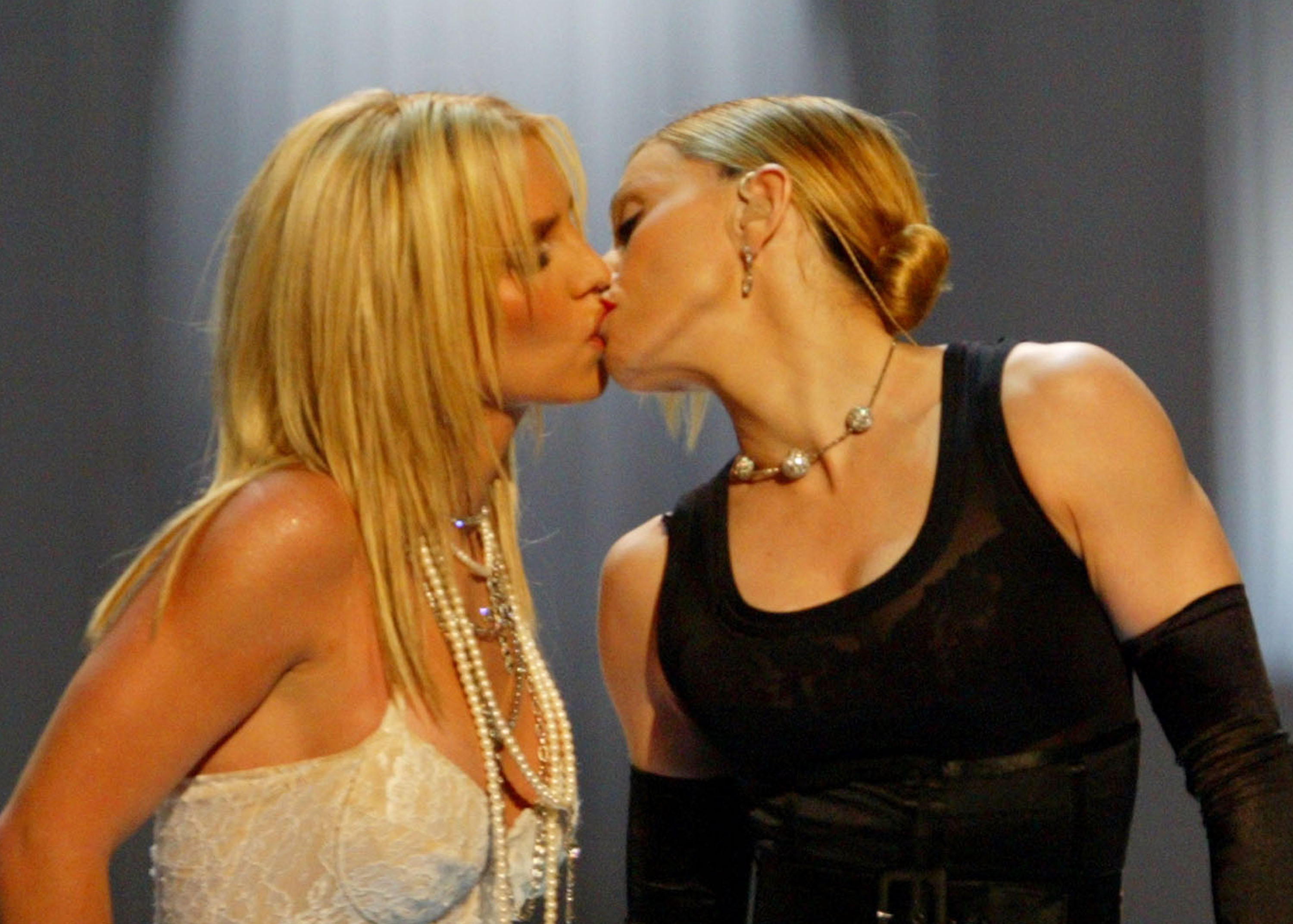 It was believed that Madonna was extremely eager to perform at the 2003 VMAs, “she was telling Britney and I every day, ‘be here tomorrow at 10 o’clock” confirmed by Madonna’s manager. The question raised today is, does Madonna still have her drive? Will another enhancing lip-locking moment make rituals at the 2015 Grammy Awards?

Also, Madonna’s Pepsi endorsement deal embarked the world. In a Pepsi commercial she debuted her song “Like a Prayer” which featured Catholic symbols such as stigmata, burning of crosses and a dream about making love to a saint, leading the Vatican to condemn the video. Religious groups also sought to ban the commercial and boycott Pepsi products.

So, it is safe to safe Madonna has made quiet a few stunts to capture the world’s attention. Notoriously marking her name in front of millions of viewers for the Queen of Pop.

Our Siren Madonna is by all means a woman with power and determination. She is definitely a woman of many wonders. She’s not only a singer but a songwriter, actress, businesswoman, author, dancer, director, record producer and philanthropist. Today, her estimated U.S worth is $500 million (September 2013). Her initial main focus within her music genre is in the realm of pop, electronic and rock. Her debut single “Everybody” was released on October 6, 1982 and became a hit dance. Her latest album ‘Rebel Heart’ will be released early this year and with high demands already she has released five tracks from her album Rebel Heart to iTunes.

Since Madonna is also a Style Icon, I’m only starting to imagine what her outfit would be like at the 2015 Grammys… It should be an interesting twist.  It is evident that Madonna’s style and look influenced young girls in the 1980s, which achieved global recognition. But will her style still remain relevant today? In a recent article Madonna’s style is still on the market. Ray Ban wayfarers, fingerless gloves, headbands, rosary beads are all trends created by Madonna still seen on the streets today.  I feel like her fashion trends will be a forever-evolving thing. I mean from the 80s till today, it’s the 21st century… is a very long time to hold a title.

She recently shared an image on Instagram of a Grammy Award wrapped in a black wire, which appears in her upcoming Rebel heart Album. The post states, “Rebel Hearts see you Feb 8th @theGRAMMYs”. It is then followed by several posts of Grammy Award and hearts with hashtags #rebelheart #revolutionoflove. Her Twitter account also flooded with hashtags of #rebelheart. It sounds like Madonna is planning to make a hit comeback as her enthusiasm is through the roof.

Now the word Rebel heart is really starting to intrigue me. What is the purpose and meaning behind the title of her new Album? In an interview Madonna reveals what her album actually means. “The album focuses on two themes: listening to your heart and being a rebel. Many of the songs in her new album are based on the emotional lengths of Madonna. As she states, “Music leads me to ideas and to where I want to go emotionally.”

“Living for love”, “Devil Pray” and “Ghosttown” are just some of the songs in her new album. The names are already touching to me… she must’ve came from a really emotional side of herself. Her aim is for the audience to pay attention to the lyrics.

She also expresses her vulnerability towards writing songs… writing songs, you have to be vulnerable, and you have to not be afraid to express yourself and to say things or share. It’s almost like writing your diary in front of somebody and reading it out loud. Some people made me feel comfortable and I felt connected to them and other people seems very strange to me. It was almost like an acting exercise, you know, just putting yourself in a room and letting ideas flow even if it didn’t feel so connected to the people.

Her inspiring words are seemingly capturing the world’s attention with the premature leaks of six of her songs within her new Album.

Madonna has always been on the lead of fashion trends, musical endorsement but had yet transfer to mainstream media. It is Madonna’s difficulties from her past that challenges her quest for her future achievements. Will she be a rebel and follow her heart?

You can also read more about Madonna in Style Icons, Vol 4 Siren, link is below bit.ly/AmazonSiren