About The Artist
Balenciaga (1895-1972) showed a passion for fashion very early; he started working as the apprentice of a tailor when he was only 12. As a teenager, he went to Madrid to study tailoring. Balenciaga is notable as one of the few couturiers in fashion history who could design, cut, and sew the models with his own hands. Coco Chanel said he alone was ‘a couturier in the truest sense of the word… The others are simply fashion designers.’ He opened his salon in 1937 and was very soon acclaimed by the haute couture scene.

The designer was a bit of a mid-century Martin Margiela: avoiding the media as much as he could and never showing up to bow at the end of his shows. Prudence Glyn of The Times, to whom he granted his only interview in 1971, explained: ‘his dislike of publicity was in no way caused by the feeling that he was too grand to bother. It is caused, he told me passionately, by the absolute impossibility he finds of explaining his metier to anyone.’ He also didn’t like clients who wanted to buy too much, preferring ladies who knew what suited them.

His mannequins were called ‘the monsters’: they were often middle-aged (like his clients) and never pretty… ‘They were not arrogant; they were just incredibly and unsmilingly detached,’ explained journalist Ernestine Carter, ‘no amount of applause brought a change of expression. The collection was presented; take it or leave it. Most took it.’ One of the most famous monsters was Colette, with her Dracula walk. This was the forerunner of the classic 1950s model pose: hipbones jutting forward and chest caved-in. Colette was of the very skinny type but other models had rounder shapes. It proved all women could look good in his creations…

“A woman has no need to be perfect or even beautiful to wear my dresses. The dress will do all that for her.” 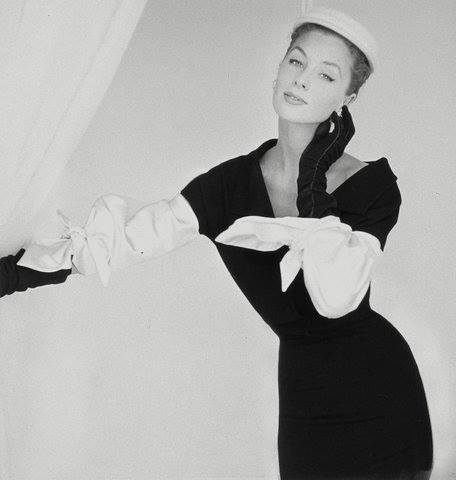 Balenciaga’s influence on fashion has been very deep, but he is not associated with one particular trend. When you hear Dior, you think New Look; when it comes to Yves Saint Laurent, you think women’s tuxedo; and when the name Vivienne Westwood pops up, you think punk. Well, there is no such signature with Balenciaga. It wasn’t about a trend; it was about the quality and beauty of his creations. His work was pure elegance. One outfit typically took three fittings before it was signed off and his clients, among which the Duchess of Windsor, Grace Kelly, and Jackie Kennedy, were all regarded as fashion icons. Celia Bertin chose the right words to describe Balenciaga’s work: ‘Women who wear his tailored suits seem to have them moulded on to their bodies… while leaving them complete freedom of movement.’

Back To Here And Now

Today, Balenciaga’s creative director is none else than Alexander Wang. Needless to say, the fashion house has come a long way since Cristobàl Balenciaga’s tailored suits and dresses. But Alexander Wang integrated his aesthetic into the Balenciaga norm with esteem, precision, and always elegance. Here is a sneak-peak of Balenciaga’s newest creations.