As far as we are concerned, one of the most anticipated television events on the calendar is the Victoria’s Secret Fashion Show. And for many others, it’s the Super Bowl. This year you can kill two birds with one stone, because Lily Aldridge, Candice Swanepoel, Adriana Lima, Behati Prinsloo, Karlie Kloss and Alessandra Ambrosio are taking on the Super Bowl.

It’s been seven years since Victoria’s Secret’s first Super Bowl ad. The brand’s 2008 spot reportedly reached the largest audience for a commercial ever. Just like seven years ago, the new commercial will air after the game’s two-minute warning. This year, Victoria’s Secret’s social strategy is not going unnoticed: the brand is pushing its social presence though its own profiles, but also through those of the Angels. Why not make use of Adriana Lima’s four million Instagram followers? 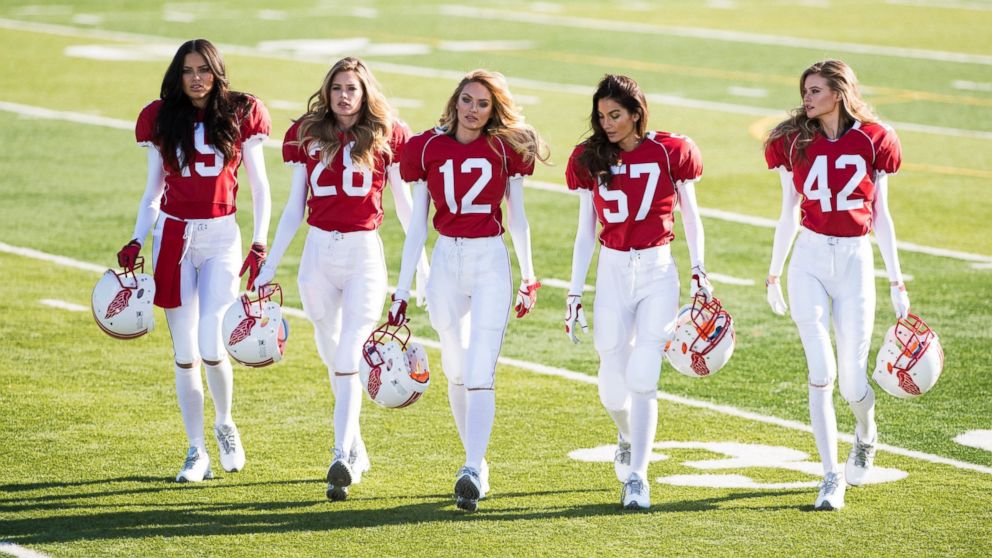 Victoria’s Secret’s football-focused teaser video was released a week ago, in order to build the buzz. Score: more than one million YouTube views. The spot is part of the Valentine’s Day marketing strategy prior to the Super Bowl game. In this first teaser, Victoria’s Angels surprise us by wearing football uniforms. Well, if you look at their body, you can tell they are not the ones to sit on the sidelines. The spot appeals to male shoppers by telling them “don’t drop the ball this year, guys!”

Females make up for 98% of Victoria’s Secret customers, so the world’s premiere lingerie destination hardly ever addresses men in their commercials. However, it sounds like a smart decision considered that the Super Bowl has a wide male audience, and that Valentine’s Day is right around the corner.

The early unveiling of the full-length commercial is also part of the plan: “It was quite a deliberate decision to let it go early,” said Ed Razek, the company’s chief marketing officer. “Advertising is about repetition. It’s about continuing to see the message and reinforcing it.”

The spot airs on February 1, during the two-minute warning in the fourth quarter. But why wait?

Click on this link to find it on Amazon books.