Yves Saint Laurent is a label that everyone is familiar with, regardless of your fashion preferences (or lack of). What is not quite so known is the story of the man who created the eponymous luxury label and who developed it into the iconic brand that it is today. 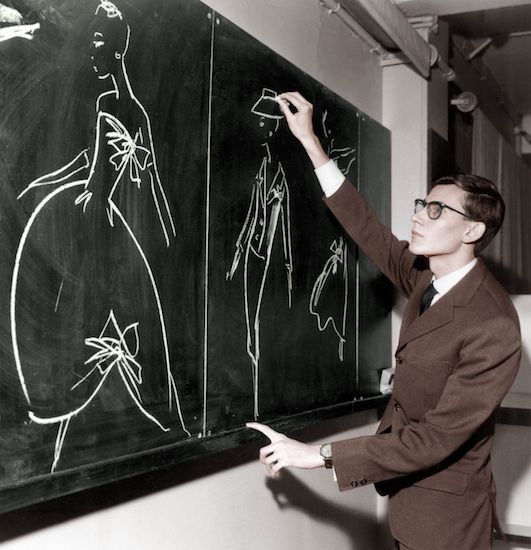 He was born in August 1936 in Oran, in the then French Algeria as Yves Henri-Donat Matthieu-Saint Laurent, and somehow grew up to become known as one of the world’s greatest fashion designers. Although his family was well off and sociable, Yves was bullied at school by his classmates, and it was this school experience that lead to him being an anxious and timid child. As a result, he suffered with fragile emotional and physical health for essentially the entirety of his life. 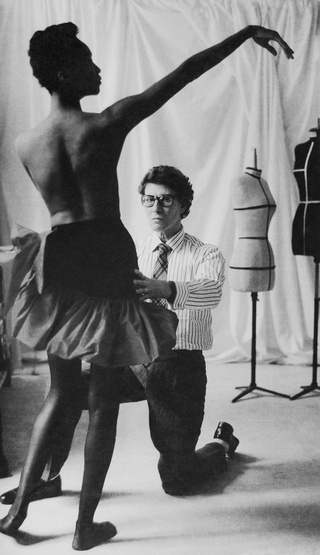 After playing around with elaborate cut-out paper dolls, Saint Laurent began designing dresses for his mother and two sisters, and would have their local dressmaker bring his designs to life. His mother took him to Paris when he was 17 to meet with the editor of French Vogue Michel de Brunhoff, who was impressed by Yves sketches. This opened up a whole new world of opportunities for the teenager.

The following year, Saint Laurent enrolled at the Chambre Syndicale de la Couture, a school that trains hopeful designers and teaches them about the couture trade. His drawings started to gain attention and soon he was awarded first prize in the International Wool Secretariat contest for a cocktail dress design he created, beating future icon Karl Lagerfeld, who came in at second place. 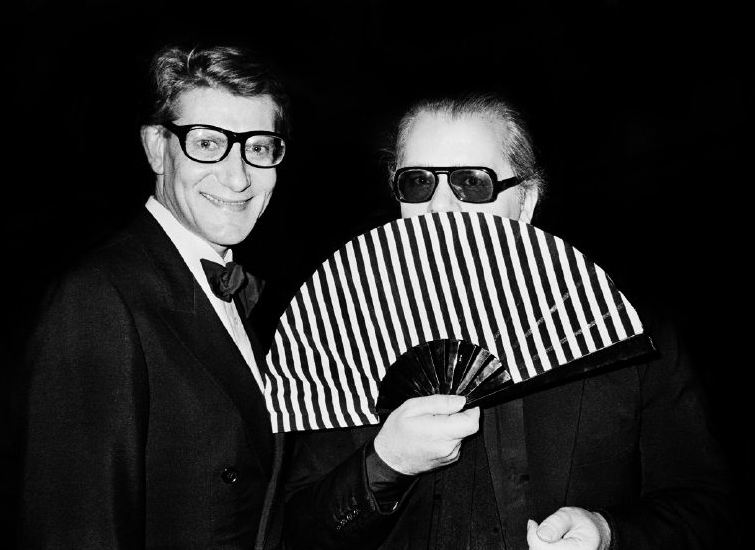 With the success of his designs just starting to gain momentum, Saint Laurent had the opportunity to meet the most famed designer of the time – who’s eponymous label is still one of today’s most prestigious fashion icons – Christian Dior. After de Brunhoff introduced the pair in 1955, Dior took Saint Laurent into the company as his assistant, paving the golden road to a glimmering career of fame and success. 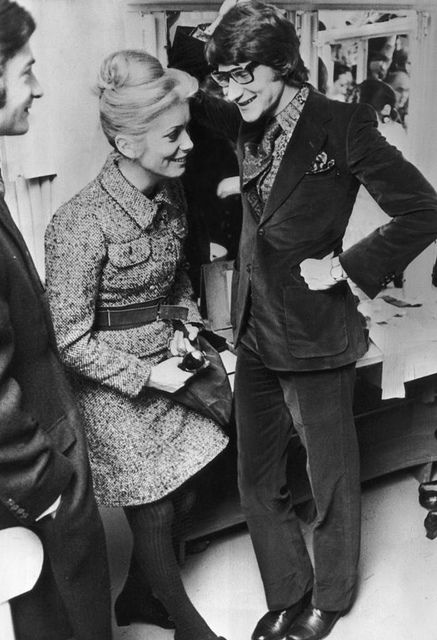 Saint Laurent worked alongside Dior for two years. During this time, he learnt invaluable lessons to help him in the ever-changing world of luxury fashion and developed and refined his design skills to such a point that Dior declared him the only designer worthy to take the Dior label reigns after him. When later recalling his time with the master of fashion, Saint Laurent had said, “Dior fascinated me. I couldn’t speak in front of him. He taught me the basis of my art. Whatever was to happen next, I never forgot the years I spent at his side.” 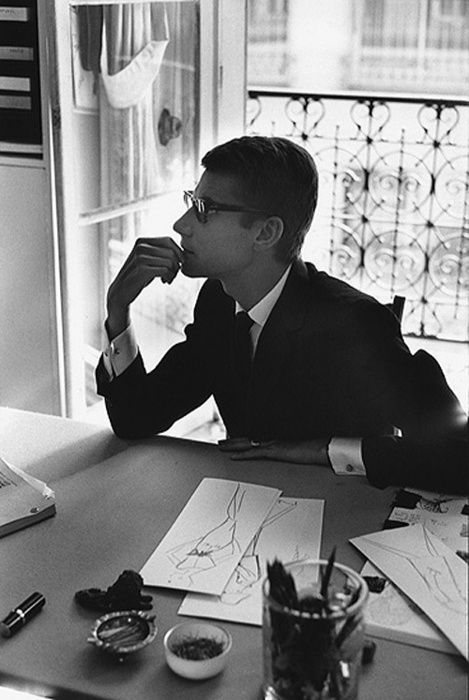 In 1957, Christian Dior suffered a heart attack and died whilst on vacation in Italy. Yves Saint Laurent was named his successor and took over the house of Dior at the incredible age of 21, making him the world’s youngest couturier.

The following year, Saint Laurent debuted his first solo collection for the label. He took an artistic, progressive approach that was different to anything the Dior label had done before. Gone were the traditional shoulder pads and corsets and models were instead boasting loose trapeze dresses that swung freely from their dainty shoulders. The audience greeted his collection with incredible enthusiasm and excitement, and he was soon awarded with a Neiman Marcus Oscar. 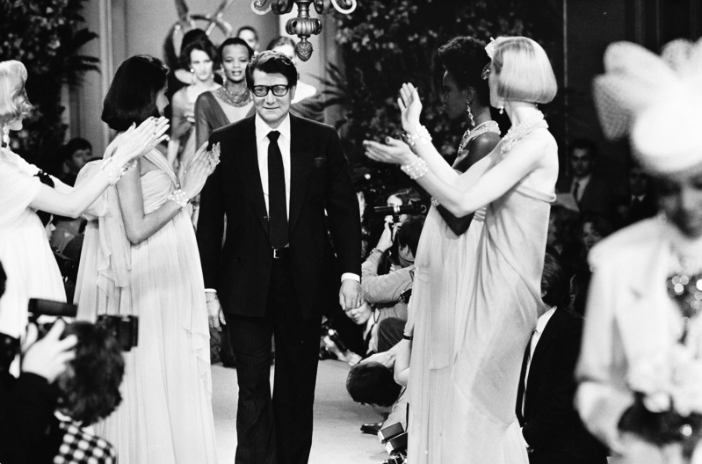 At a Paris party, shortly after the glittering success of his first solo debut, he met a young art dealer, Pierre Bergé – the man who would grow to be an integral part of both the designer’s career and personal life. The pair formed a deep relationship that extended past both romance and profession, with Bergé being the perfect business savvy partner to the highly delicate couturier.

Unfortunately for the young designer, his glory at the house of Dior was short lived. In 1959, he gathered inspiration from Marlon Brando’s portrayal of The Wild One to create mink coats with knitted sleeves, thigh high boots and alligator motorcycle jackets. Despite accurately predicting the street chic that grew popular in the 60s, Dior executives were not happy with the seemingly risky collection, and to top it off even buyers and the press were unsure about the new trends that Saint Laurent presented. 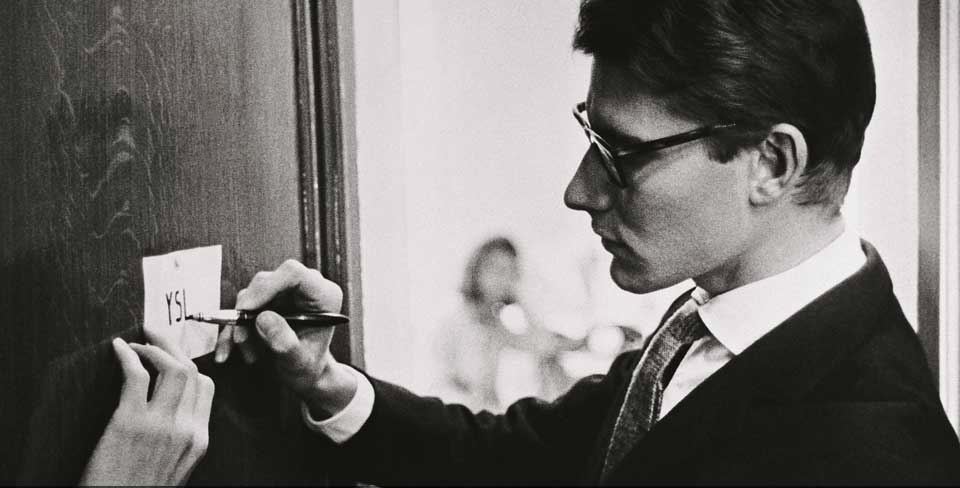 Two years later, Saint Laurent was called away to serve his country in the military.  The army put a fierce strain on his already fragile health, and after a mere 20 days of service the designer was admitted to a French psychiatric hospital where he underwent brutal treatments for a nervous breakdown, including electroshock therapy. Yves was detained in the hospital for a long three months, until his lover Bergé convinced the hospital authorities to release the pained designer into his care. 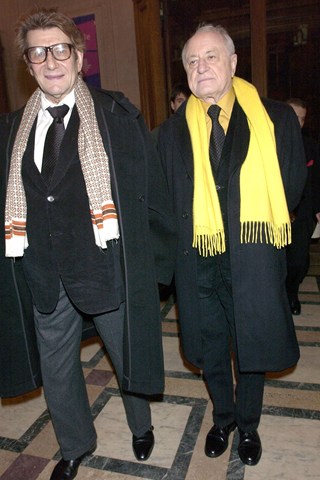 Things were hardly smooth sailing from then on. Upon his arrival after his torment from his time in the war, he was soon hit with the realization that he no longer held a place at the Dior label. After their refusal to give Yves his position back, Bergé took the company to court and successfully sued them for a breach of contract. The couple then took the £48,000 settlement money they received to establish Saint Laurent’s own couture house. 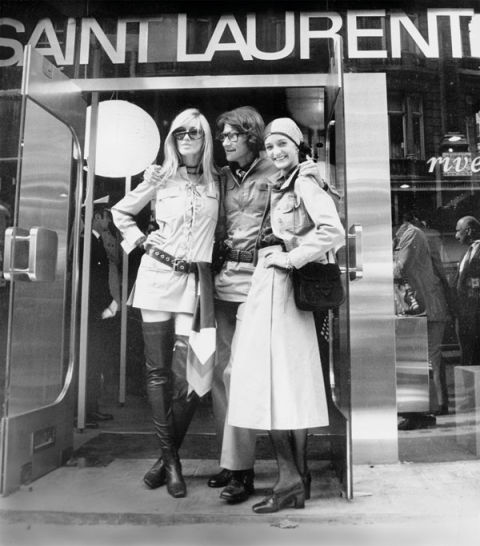 The designer introduced the world to many dazzling and chic new fashions. In the 60s he dressed his models in blazers, pin-striped trouser suits, sheer blouses, jumpsuits and of course his iconic le smoking suit. He also made the parka, the trench coat and the pea coat into haute couture. 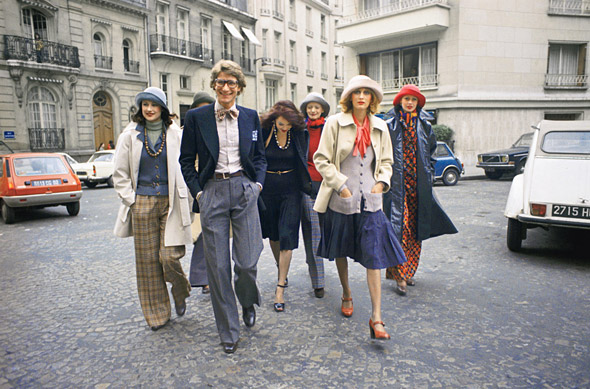 However, the couturier’s shining success was almost always shadowed by his haunting emotions. Saint Laurent found himself spirally downward into the depths of depression, a dark emotional state that had stayed with him since he was a schoolboy playing with cut-out dolls. He was driven to a self-destructive life of drugs and alcohol. During appearances the designer appeared so fraught and out of sorts that the public questioned whether or not he was suffering from AIDS.

Yves retired from his couture house in 2002. Six years later, on June 1, he lost his long and brutal health battle and died from brain cancer at the age of 71. 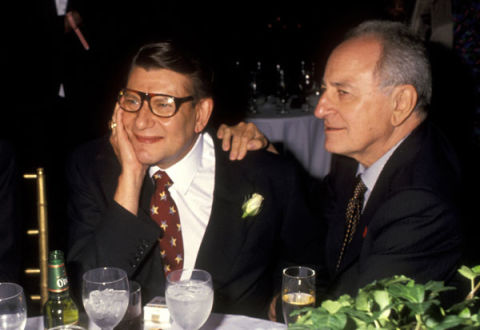 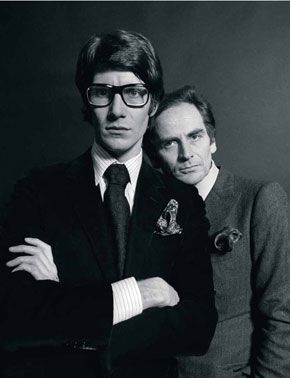 Pierre Bergé has spoken about his late partner on numerous occasions, and even though they did not spent the entirety of his life as lovers, Pierre was there as his business partner, friend and carer.

“He was manic-depressive, exactly what the word means, manic and depressive,” he said at the age of 80, three years after the passing of Saint Laurent. “This means periods when he did every sort of thing crazy with happiness, and then the next day, it was blackness. It was depression that drove him towards alcoholism, and afterwards a little towards drugs. Even with a wonderful collection, he was a very, very unhappy, unhappy guy. More than that. More than unhappy. Really. I just tried to help him from time to time. I never complained. Never. It’s an illness, nothing else. It is just an illness.” 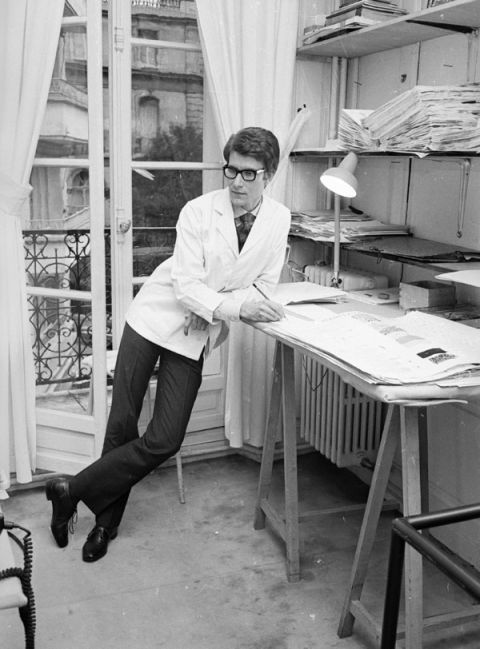 Available globally on Amazon books and other better booksellers. 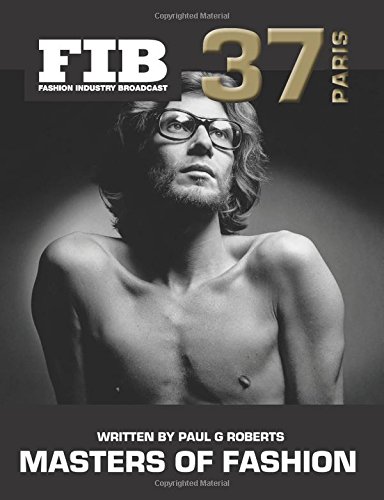