David Beckham with his four children sat front row to support the love of his life. The Beckham family definitely stole the spotlight while supporting their mother. The boys were all dressed in sharp, all-black ensembles, as it’s the most important event on the calendar. 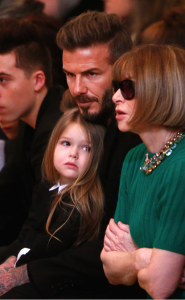 And when I said the family stole the spotlight… I wasn’t joking!

Victoria Beckham debuted her Fall 2015 collection in the big Apple early Sunday morning and then rushing to her show at NYFW.

The 40-year-old star arrived at the Fashion show chic and sophisticated, completed her all-black ensemble with a matching handbag and designer shades, wearing her brunette hair down loose.

She also kept her fans updated with the behind-the-scenes gossip via social media.

Alongside with sharing a snapshot of an adorable handwritten good luck note from her four children, captioned the image as ‘I love my babies x’. 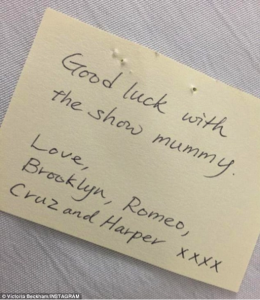 The star also wishes to expand within the Asian region in 2015. She said she’d definitely spend a lot of time in Asia; she has plans to open a second store after the success of her boutique in London.

Here’s a few images of the adorable family.. 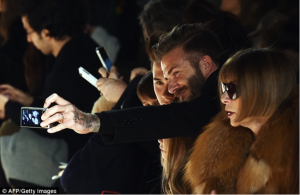 David taking photos with his sharply dressed boys and daughter 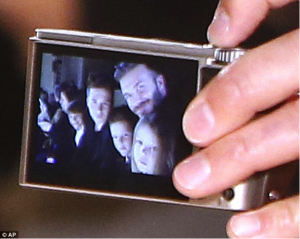 Another Selfie by the supportive family 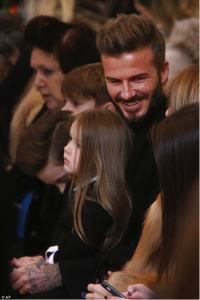 Harper showed North- West how to behave by watching in silence

To purchase, link is below: bit.ly/AmazonVol6YoungGuns