The world of Mad Men is known almost as much for fashion as it is for stellar characterisation and an outstanding cast. And while we’ve all grown accustomed to seeing the likes of Don Draper and Roger Sterling strutting through the office in a dapper suit, cigarette and scotch in hand, last night’s episode treated us to a well-tailored woman with the charm and sexual charisma to rival Draper himself. 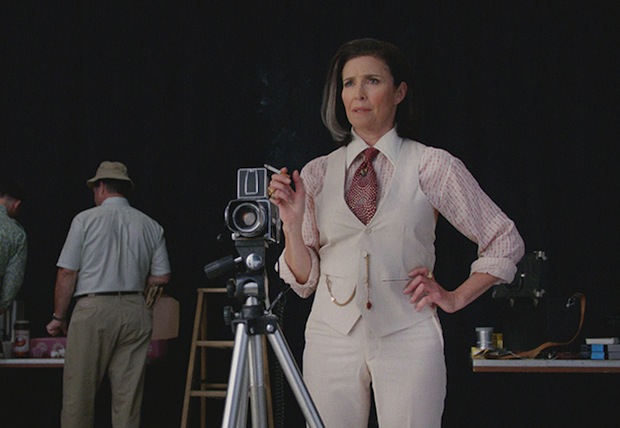 Celebrity photographer Pima Ryan, played by Mimi Rogers, stole the spotlight with her effortless sexuality and a gleeful willingness to manipulate the flustered Stan and Peggy against each other.

But perhaps more impressive was the way she managed to wear an ensemble of suits, traditionally the domain of the man, and make them look so, well… sexy.

Dandy dressed in a white silk suit, striped pink shirt, pink tie, and pocket watch (please, let this be the event that brings the pocket watch back into vogue), Pima took complete command of the screen and the affections of her co-workers, and we can see why. 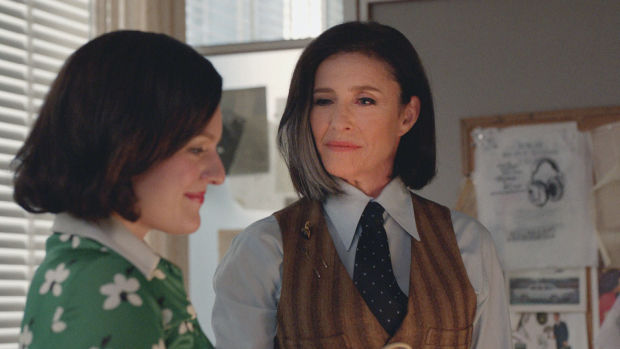 It didn’t stop there, though. Later on in the episode she was seen in a powder blue shirt, blue spotted tie and a vest we can only assume was made of shag carpet or the fur of an animal she probably skinned herself. Glorious.

With the timeline of Mad Men now squared firmly in the ‘70s, powerful and power-suited women are sure to become more and more fashionable on the already absurdly on-trend show.

Savour it while it lasts, people: with only five episodes left in the series, it won’t be long before we say our final goodbyes to the staff of Sterling Cooper Draper Price and their beautiful, beautiful wardrobes. 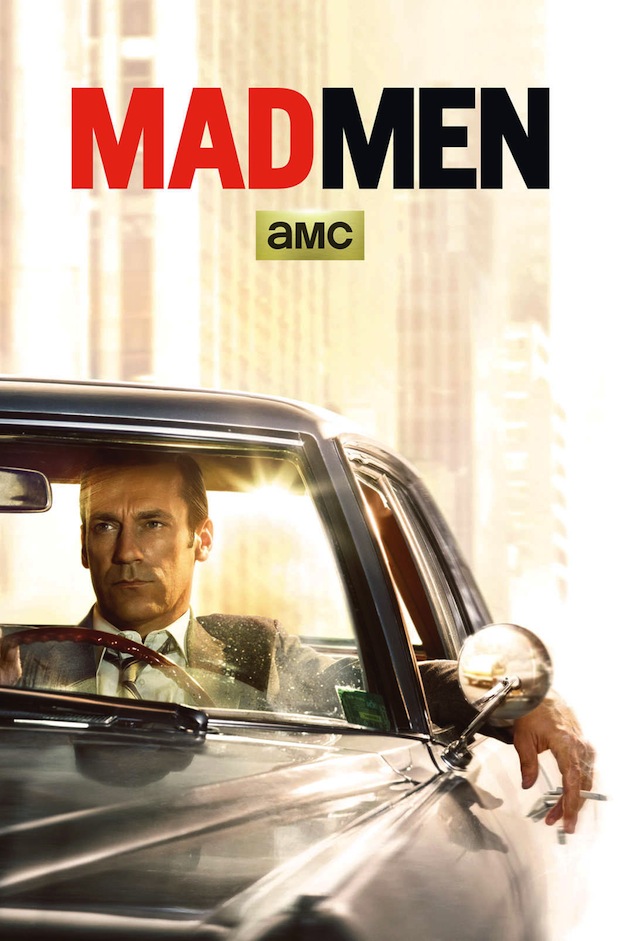