Festival de Cannes. That magical time of the year when actors flock to the southern coast of France, competing for the affections of acerbic film critics as their agents conduct bidding wars with rival distributors. Because really, who cares what the critical response is – Matthew McConaughey is in it.

It’s a time when media coverage is squared on beautiful gowns, perfect hair and drop-dead gorgeous women – which is hardly a problem, let’s be honest. But we tend to focus on the ladies of Cannes so much we forget about the men: dapper lads relegated to arm candy, the human equivalent of a Balenciaga purse… only less practical and far less desired.

If you can manage to tear your eyes away from the exquisitely dressed and talented women at the festival, you’ll find more than a few men who can compete in the style stakes with the most elegant of A-list ladies. For your viewing pleasure, we’ve cobbled together some of the sharpest looks worn by men at the Cannes press call of 2015. Gentlemen, take notes. Ladies, take a load off and enjoy. 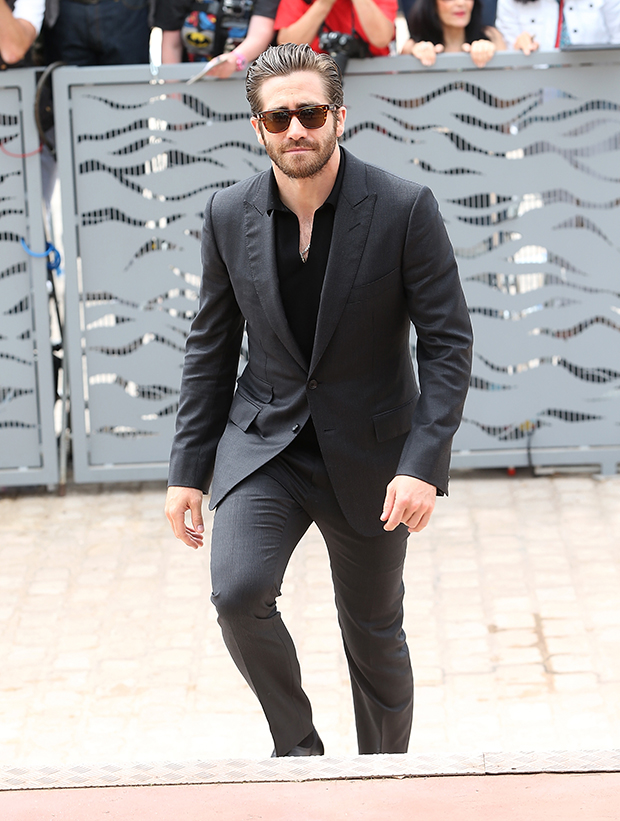 All black everything. Black suit, black shirt, all black…

Nope, wait, tortoiseshell sunglasses. But damn, does Jake Gyllenhaall make it work. Dressed down in a casual suit, open shirt and silver chain, the 34-year-old actor rocks Tom Ford like a professional.

It certainly doesn’t hurt that Gyllenhaall has spent quite a bit of time with the designer recently, starring in Ford’s upcoming film Nocturnal Animals with Amy Adams. Perks of the job, we suppose. 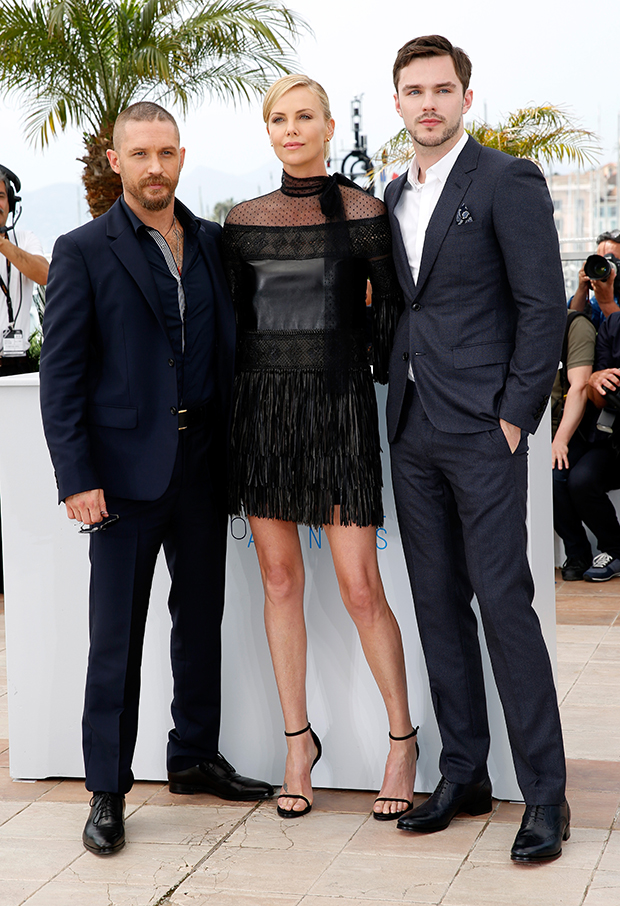 It isn’t easy to turn attention away from Charlize Theron. But the male stars of Mad Max: Fury Road almost make you forget Theron is in the picture. Almost.

Nicholas Hoult, meanwhile, was the epitome of dapper. The Mad Max star opted for something a little more refined than his Wild Boy counterpart, with a woolen suit by Tom Ford perfectly complimented by a pocket square and crisp white shirt.

After spending months shooting in the deserts of Namibia, we can only imagine how refreshing it must be to wear white without getting it filthy. It’s the simple pleasures in life that bring us the most joy. 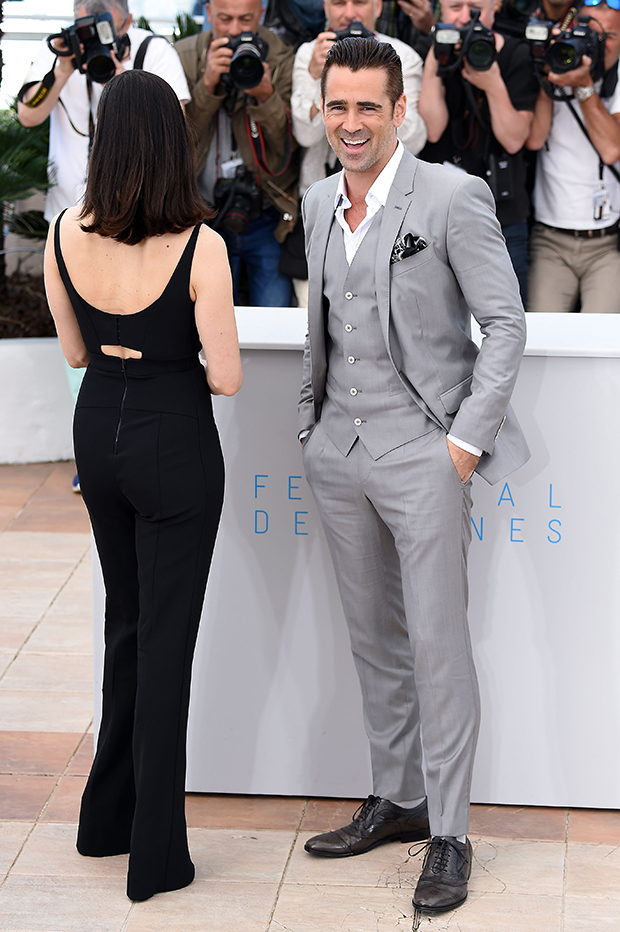 Question his choice in movie roles all you like – but never can you question Colin Farrell’s style.

The 38-year-old actor makes the transition from bohemian bad boy to debonair celebrity look easy – and in Cannes, he wisely opted for the latter.

His grey Dolce & Gabbana three-piece was elegantly capped by an open collar – a running theme through the festival this year – and a pocket square seemingly big enough to double as a silk parachute. 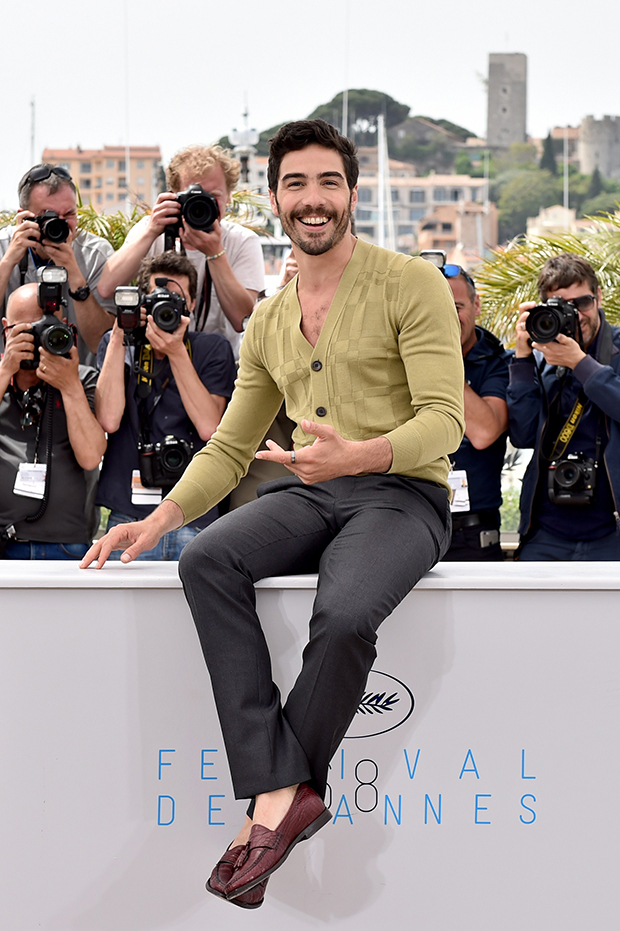 33-year-old French actor Tahar Rahim channeled his Algerian ancestry for his style, dressing as casual as possible while still looking every bit the movie star.

Rahim opted for a pair of dark grey wool slacks, brown leather loafers – complete with tassels – and the bold choice of an olive cardigan without an accompanying undershirt.

It’s not a look most men could pull off, but with his dark hair and tanned complexion, Rahim makes it seem effortless. More power to him, we say. 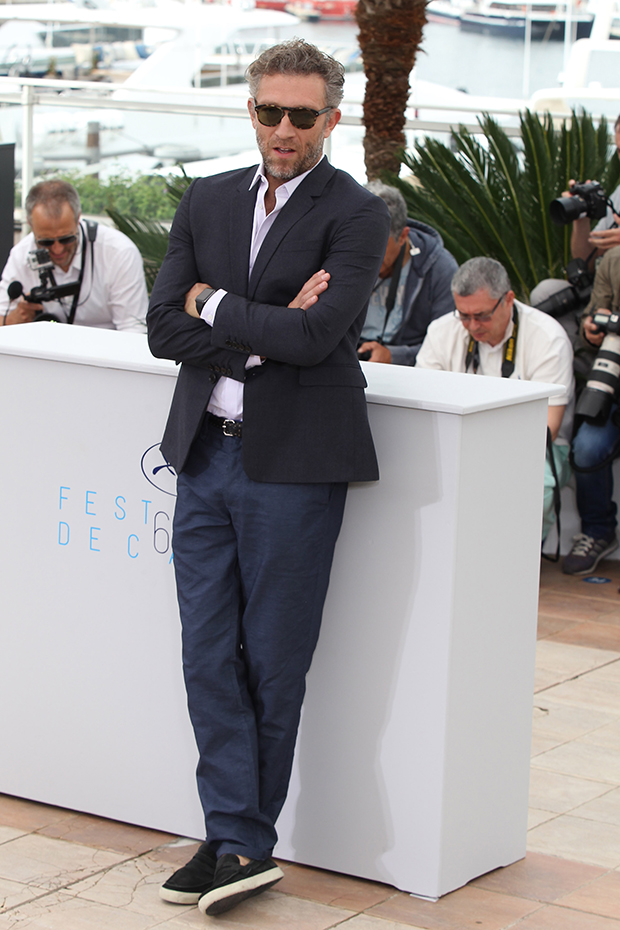 Trust the nonchalant Frenchman to rock this look in such style. Cassel showed up in relaxed slacks, collared shirt and a lightweight blazer, topping it off with a pair of scuffed slip-on shoes he’s more than likely worn dozens of times before.

You’d be forgiven for thinking he stepped out to grab some groceries. But the Cannes veteran has done this rodeo more than a few times before; at this point, he’d rather let his work sell itself.

And yet, even with minimal effort the man knows how to dress better than the majority of his peers. Well played, Cassel. Well played.