Fashion icon Tom Ford has secured the sale of his second film during the Cannes Film Festival, with Focus Features paying a remarkable $20 million for the distribution rights to Nocturnal Animals.

The purchase is backed by Universal Studios and includes a further $10 million marketing guarantee, making it the largest Cannes acquisition in recent memory. Focus will handle US distribution while Universal will retain international rights to the film.

Ford was initially reluctant to accept funding from outside studios, opting to financially back the film himself in order to retain full creative control. But after a passionate pitch delivered to investors at the Carlton Hotel last week, the fabled designer was inundated with offers to bring his unique vision to the big screen.

The second-term director has found a strong supporting partner in Focus Features, who handled the distribution and promotion of The Theory of Everything last year. The film was a runaway success, grossing over $120 million internationally and being nominated for a slew of awards, earning a coveted Best Actor Oscar for Eddie Redmayne’s portrayal of physicist Stephen Hawking.

“Tom’s vision for his film is unique and inspiring and something that global audiences will be thrilled by,” said Focus Features CEO Peter Schlessel. “Tom has proven his prowess as a filmmaker and this romantic tale of revenge and regret will be a fantastic addition to our slate.”

Ford debuted as a director with the 2009 film A Single Man, critically acclaimed for the strength of its cinematography and Colin Firth’s haunting depiction of a depressed gay professor living in 1962 Los Angeles.

Nocturnal Animals marks the return of the fashion designer to the director’s chair. The film, which will star Jake Gyllenhaall and Amy Adams, is an adaptation of the 1993 novel Tony and Susan by Austin Wright.

Described as a story within a story, a press statement describes the synopsis of the film:

“Susan Morrow receives a package containing the manuscript of her ex-husband’s first novel. As she reads, she is drawn into the fictional life of Tony Hastings. As his ordinary life is violently set off course, Susan is forced to confront her own past.”

George Clooney and producing partner Grant Hesloy were originally slated to co-produce the film through their Smokehouse banner, but are no longer involved in the project. Despite rumours of a falling out with Ford, Clooney denied anything of the sort to the New York Post. “No falling out at all,” the actor stated. “It was just scheduling. Grant and I love the project and think Tom is fantastic. We just couldn’t do it when he needed to go.”

Regardless of any behind-the-scenes friction, the thought of an aesthetic auteur like Tom Ford returning to cinema should give goosebumps to fans of film and fashion alike.

Expect hype to build for Nocturnal Animals as it begins production later this year. And for more on the life and times of Tom Ford, check out our Masters of Fashion volume entry Americans, available now on Amazon. 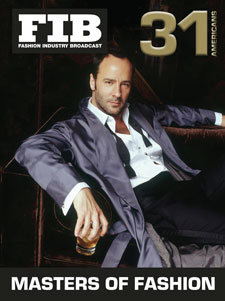