“To grasp the full significance of life is the actor’s duty, to  interpret it is his problem, and to express it his dedication.” – Marlon Brando 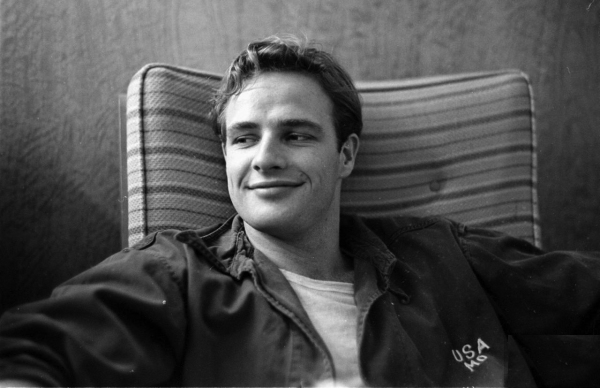 Marlon Brando has been referred to as “a force and a king… quite simply the best actor in cinema.” His presence on-screen is so powerful he commands the attention of the audience. To this day, his heartbreakingly beautiful performances leave audiences quivering.

A human chameleon: Marlon Brando was capable of presenting any possible emotion on screen. He obtained the ability to totally lose himself in his own psyche. Brando defied the standard conventions of acting by drawing upon his own personal experiences and emotions. This skill was developed over years of studying Stanislavski’s ‘method acting’ technique. The actor was notorious for portraying juxtaposing characters; he played sensitive and charming heroes as well as troubled and brutish anti-heroes.

“If you want something from an audience, you give blood to their fantasies. It’s the ultimate hustle.”

Brando was no stranger to acting from a very young age – a childhood of domestic violence and alcoholism was masked by a façade of happy smiles and an image of the perfect family. Acting was his social trench coat as he was able to hide his core insecurities by transforming into someone else.

Brando was born in the hard-land of America, Omaha Nebraska on April 3, 1924. His father, Marlon Brando Sr, a pesticide-feed manufacturer and a talented amateur photographer was married to Brando Jnr’s mother, Dorothy Julia, also known as Dodie, a free-spirited amateur actress who regularly challenged the social norms of the era. She smoked, rocked trousers and drove cars.

The family separated when Marlon was 11 years old. His mother took Marlon and his two sisters to live with her mother in Santa Ana, California. Dodie’s alcohol abuse drove the family to reconcile and move to Libertyville, Illinois, north of Chicago in 1937. After years of being carried home from Chicago bars by her husband, Dodie finally joined Alcoholics Anonymous.

It was Dodie Brando’s acting and theatre administrator role that inspired Brando Jnr’s interest in stage acting. The legends grandmother, Bessie Gahan Pennebaker Meyers had a significant role in his upbringing. They shared a special bond that could not be emulated by his own mother.

As a young child, Brando developed a niche for imitation. He observed and absorbed people’s mannerisms, and used them to create his own characters. As a plus, he was surrounded by the arts. His sister Jocelyn Brando was the first sibling to pursue an acting career and she studied at the American Academy of Dramatic Arts, and went on to appear on Broadway and then in Hollywood. The second Brando daughter, Frances, also studied art in New York.

Brando struggled with academia in school, and was expelled from Libertyville High School for riding his motorcycle through the corridors. Rule-breaking became quite a habit for the young troublemaker, so he was sent to Shattuck Military Academy, where his father studied before him. His expulsion was a defining moment in his life, as it encouraged him to excel in theatre studies in his final year. After high school Brando worked as a ditch digger because he dreamed about seeing the world and joining the army. His army career was short-lived as he failed the physical due to a football knee injury… he was classified as a 4-F and was not inducted.

Inspired by his family’s creative lives, Marlon decided to enrol himself in a dramatic workshop, at the American Theatre Wing School. He was trained by the prestigious director Erwin Piscator and Stella Adler. It was there that he learnt the Stanislavski method acting techniques. In an interview, years after Brando’s career had skyrocketed, Adler spoke about her first experience teaching the young star. For a movement class, she had instructed her students to act like chickens who were about to have a nuclear bomb fall on them. Most of the class clucked and ran around wildly, but Brando sat calmly and pretended to lay an egg. She asked Brando why he has chosen to react this way and his response was: “I’m a chicken. What do I know about nuclear bombs?”

Brando practiced the Stanislavski acting method for the first time in a stock-role he landed in Sayville, Long Island. In 1944 the young wild-eyed actor was discovered in an amateur theatre production, which landed him his first Broadway role in I Remember Mama. He then appeared in Broadways Truckline Café, as an anguished veteran. Although the play was a commercial fail, critics titled him “Broadway’s most promising actor.” In 1946, Brando starred in the Broadway production, A Flag Is Born. The passionate activist rejected wages above the actor’s equity rate, because he felt injustice was being perpetrated to the Israeli independence organisation. In the same year, Brando played the role of March Banks in Candida, directed by Katharine Cornell. Cornell also cast Brando as the messenger in the production of Jean Anouilh’s Antigone.

It was Brando’s stage performance in A Streetcar Named Desire, by Tennessee Williams that proved Brando’s electric performance skills. Not only did the young upcoming star obtain the sexual force to stimulate the play, he provided the essential key to redeeming what Williams had intended the play to offer. Brando’s passion and dedication for method acting was demonstrated in his preparation for his role in The Men In 1950. To successfully impersonate a bitter paraplegic veteran, Brando spent a month in bed at the Birmingham Army Hospital.

In 1951 Brando was nominated for his first Academy Award for Best Actor for his screen role in A Streetcar Named Desire (1951). In 1952 he was then nominated for Best Actor for his part in Viva Zapata, and again in 1953 for Julius Ceasar. He then won the BAFTA Award for Best Actor in a Leading Role for three consecutive years, from 1951 to 1953, and in 1953, starred in The Wild One, riding his own Triumph Thunderbird 6T motorcycle. These images of Brando posing with his bike became iconic, even inspiring his wax model at famous wax-museum, Madame Tussauds.

Brando was infamous for turning down big paycheques. In 1953 he starred in Lee Falks production of Arms and the Man. Brando turned down Broadway contracts of $10,000 per week to work with Lee Falk on a $500 per week wage. Brando had no interest in the fame or fortune that came with acting; his career was driven by his love and passion for performing. In 1954 Brando won the Oscar for his role of Terry Malloy in On the Waterfront. It was revealed that Brando’s iconic line “I could’ve been a contender, ” wasn’t actually in the Kazan’s original script… Brando had thought the scene was too unrealistic, and improvised the final product.

In the 1960’s, Brando starred in films such as Mutiny on the Bounty (1962), One-Eyed Jacks (1961) – a Western that would be the only film Brando would ever direct -, The Chase (1966), and Reflections in a Golden Eye (1967), portraying a repressed gay army officer. It was the type of performance that later led critic Stanley Crouch to write: “Brando’s main achievement was to portray the taciturn but stoic gloom of those pulverised by circumstances.” He also played a guru in the sex-farce Candy (1968). Burn! (1969), which Brando would later claim as his personal favourite was a commercial failure. His career slowed down by the end of the decade as he gained a reputation for being difficult to work with.

The film that brought Brando back in was Francis Ford Coppola’s The Godfather (1972). Brando’s performance was purely epic, and the film remains one of the most iconic movies of all time. In 1973 Brando rejected his Oscar for The Godfather in protest for equality for Native American people in the United States. To this day no winner has ever repeated this act. His controversial rejection remains one of the most significant moments in film history.

In 1974, Brando was scheduled to appear in the final scene of The Godfather II , but refused to participate due to disputes with the studio. The final scene had to be rewritten.

Brando portrayed Superman’s father, Jor-El, in the Superman (1978). He agreed to the role only on assurance that he would be paid a large sum for what amounted to a small part and that he would not have to read the script beforehand – because his lines would be displayed somewhere off-camera. It was revealed in a documentary contained in the 2001 DVD release of Superman that he was paid $3.7 million for just two weeks of work.

Brando also filmed scenes for the movie’s sequel, Superman II, but after producers refused to pay him the same percentage he received for the first movie, he denied them permission to use the footage. However, after Brando’s death, the footage was reincorporated into the 2006 recut of the film, Superman II: The Richard Donner Cut (1978)

Despite announcing his retirement from acting in 1980, he subsequently gave interesting supporting performances in films such A Dry White Season (1989) (for which he was nominated for an Oscar), The Freshman (1990), and Don Juan DeMarco (1996.) In his last film, The Score (2001), he starred with fellow method actor Robert De Niro.

In 2004, Brando signed with Tunisian film director Ridha Behi and began preproduction on a project to be titled Brando and Brando… he worked on the script up to a week before his death. Marlon Brando died on July 1, 2004 at age 80. A week before his death, the seasoned actor had been working on a script for Ridha Behi’s project for the project. Production was suspended in July 2004 following his death at which time Behi stated that he would continue the film to honour Brando, with a new title Citizen Brando. In 2005, Brando released his novel Fan-Tan.

Marlon Brando remains one of the most legendary performers of all time. He was the leading figure of method acting and a true artistic genius. His brilliance as an actor and passion and dedication as a political activist have and will continue to inspire generations. In the words of Johnny Depp: 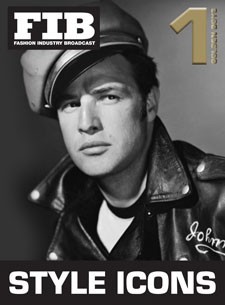