Welcome to Fashion Industry Broadcast’s Top Ten countdown for our upcoming TOP MODELS ‘It Girls’ Vol. 61 series involving the biggest names in the modelling world. We love giving you a little taste of what we’ve been up to, so each week we’ll be counting down to the launch of our brand spankin’ new glossy…

Milla Jovovich, born Milica Jovovich on December 17, 1975 to Soviet parents (a paediatrician and stage actress respectively) in Kiev, Ukraine is number six on our ‘It Girl’ list because of her industry longevity, and seemingly endless amount of talents; more than can be counted on both hands.

She’s a model, an A-list actress, a musician, a fashion designer, a philanthropist, an effortlessly cool style icon and, according to channel VH1 in 2006, “the reigning queen of kick-butt.” Jovovich immigrated at age five, in 1980, to Sacremento, California in the United States after a short stint in London, because of political conflicts in her home region and began her modelling career at the age of 12, when she landed a cover for Italian magazine, Lei, photographed by well-known Herb Ritts.

In her early life, Jovovich remembers being subject to nasty classroom taunts, where she was regularly referred to as a “commie” by the other children. “I was called a commie and a Russian spy,” she said. “I was never, ever, ever accepted into the crowd.” Her early life was tumultuous to say the least, engaging in drug use, theft, vandalism and credit card fraud in her early teens, all whilst modelling on the side.

At age 19, Jovovich became naturalised as a U.S. citizen and landed a cover on Mademoiselle shortly after. She became the youngest person to ever appear in the women’s magazine after the photographer, Richard Avedon, threatened to stop working for the publication if they didn’t use her.

Avedon was also Revlon’s Head of Marketing at the time, and he subsequently hand-selected the young model to appear in their ‘Most Unforgettable Women in the World’ advertisements, alongside more well-known models Alexa Singer and Sandra Zatezelo. From there, contracts with international Vogue and Cosmopolitan came rolling in and to date, Jovivich has featured in over 100 magazine covers.

Her acting career began with early roles in films such as Return to the Blue Lagoon (1991), Dazed and Confused (1993), and of course her breakthrough performance in Luc Besson’s The Fifth Element (1997). Jovovich’s defining role to date, however, is no doubt her role as zombie-killer Alice in the four-part Resident Evil series, where she first played a feisty, take-no-prisoners woman – a role that would define her in the acting world from then on.

In 2003, she was coined as Gianni Versace’s “favourite supermodel” and is touted to be the muse of Miuccia Prada. She is also the co-founder of women’s clothing line Jovovich-Hawk, alongside fellow model Carmen Hawk, and is a well-known philanthropist, having fronted The Foundation for AIDS Research and The Ovarian Cancer Fund in the past.

Her dabbling in the world of music includes as a singer-songwriter. She first released her debut album, The Divine Comedy when she was only 18, and to this day continues to release music online regularly.

She’s currently married to Resident Evil (2002) director, W.S Anderson, after two previous unsuccessful marriages to Shawn Andrews (1992) and Luc Besson, her Fifth Element director in 1997. Jovovich and Anderson have one daughter together, Ever Gabo Anderson. 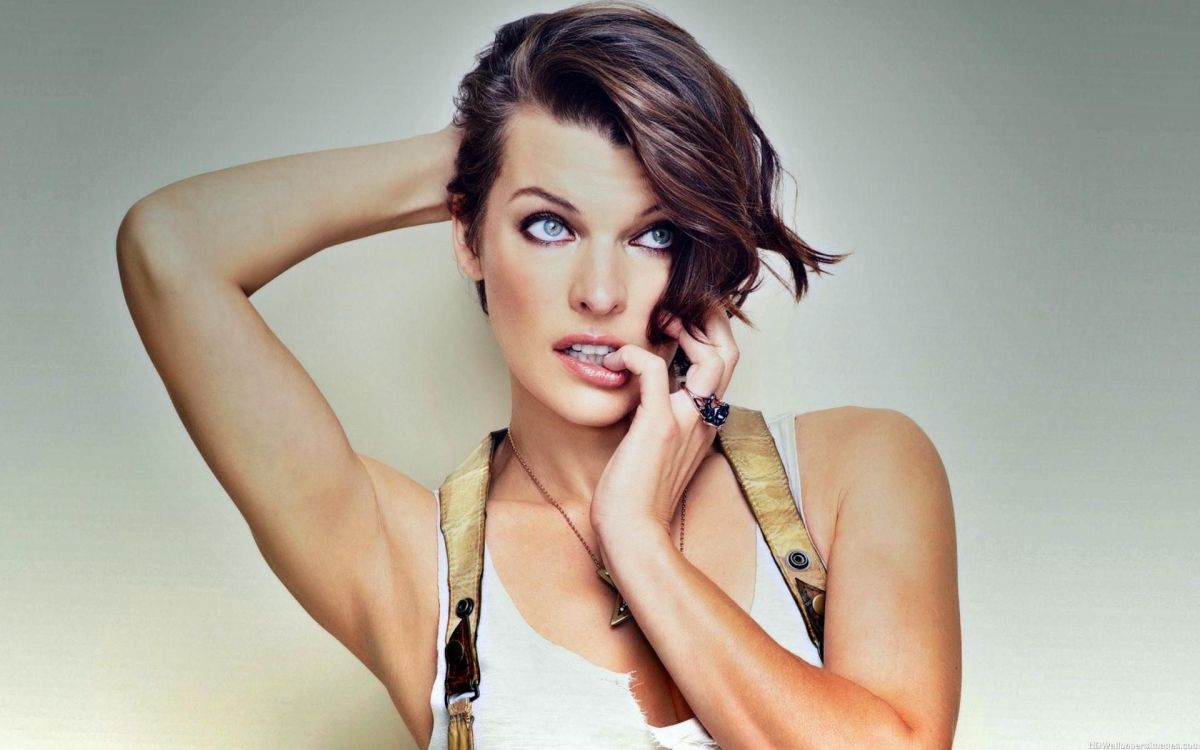 Jovovich is one of the richest supermodels in the world currently, worth an approximate $10.5 million by Forbes magazine, and totally worthy of her ‘It Girl’ status in our books.

Most recently in 2012, Jovovich was named as the face of a global advertising campaign for wristwatch and jewellery retailer, Jacob & Co., and can be seen as their spokeswomen still three years later. Despite all of the success that she has had in every creative outlet she has pursued, she laments that “modelling was never a priority”, and that the money she has earned over her career simply allows her to be more particular with the creative decisions that she makes.