When Apple releases a new product for music listeners, it is usually a game changer. One of the most obvious examples is the release of the iTunes Store in 2003, which revolutionised how consumers access and listen to music, raising the bar for the competitive market. 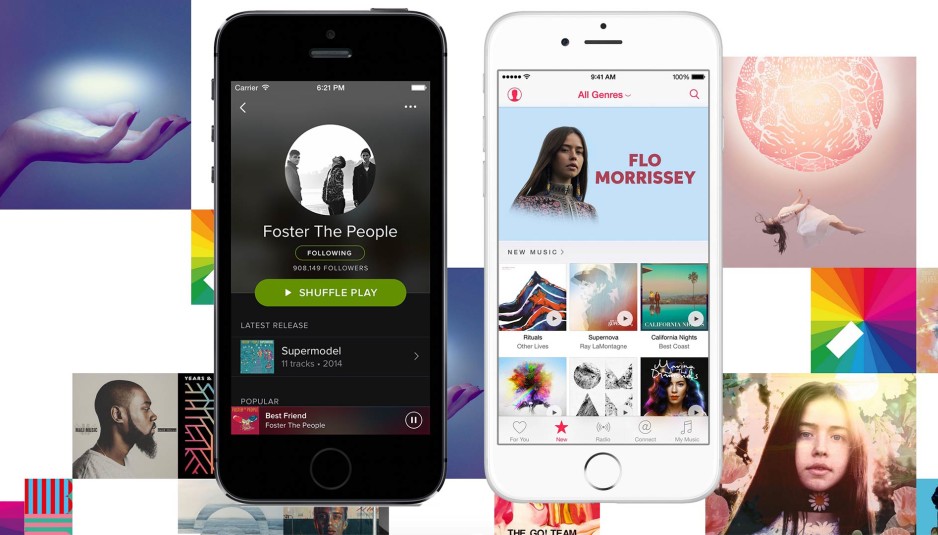 However, as music listeners have resorted to illegally downloading music, streaming services such as Spotify and Google Play have emerged providing cheaper alternatives for subscribers to ethically listen to millions of songs with competitive premium services.

It hardly needs to be said that physical media sales such as CD’s are plummeting, with digital music sales suffering the same fate (interestingly, Vinyl LP sales increased 52% last year).

Apple’s timely release of Apple Music could potentially create the next big competitor for many music streaming brands that have accumulated millions of subscribers. The use of on-demand streaming increased by 54% last year, with 164 billion streams in the 12-month period. 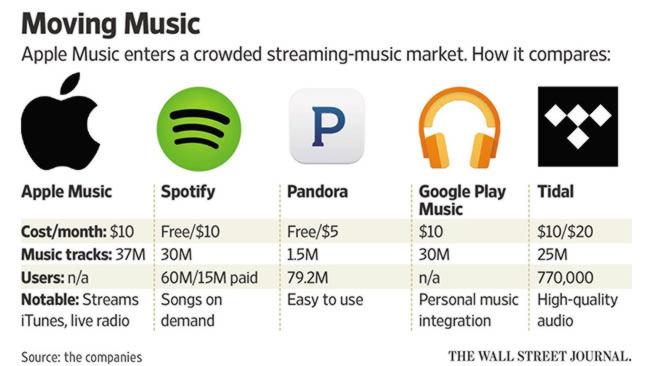 Whilst we are little over a week into the 3-month free trial, Apple Music has been critically acclaimed as familiar and simple, integrating many of the aspects that have made iTunes so successful and fitting into the iPhone iOS aesthetic with ease.

To stand apart from other competing streaming providers such as Spotify, Rdio, Tidal and Pandora, Apple has emphasised 3 key features of its service – Beats 1, curated playlists and Connect.

Beats 1 is an around the clock radio offering that has been received largely well by critics, with TheNextWeb claiming it to be “the perfect example of what radio should be.”

According to Apple, its curated playlists are built by real people rather than algorithms. Connect is a social media based feature that allows users to connect with artists, sharing special content on their Connect profiles.

The new service also provides add-free streaming of music videos, and no other streaming platform provides this feature. 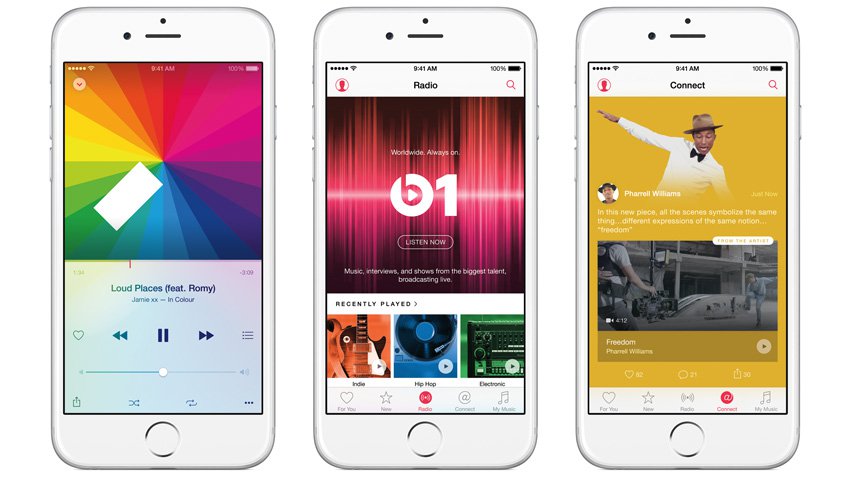 Although the music catalogue matches Spotify with over 30 million songs available for on-demand streaming, Apple Music features a ‘For You’ section and discovery engine acclaimed as “one of the best you will find in any music streaming service” by The Verge.

Furthermore, whilst Apple Music currently adjusts streaming quality based on whether the user is connected to WiFi or cellular data network, Apple recently added a toggle with iOS 9 beta 3 that allows users to control the sound quality. It comes with the warning that “this will use more cellular data and songs may take longer to start playing.”

However, whilst Apple Music has received a wave of well-deserved praise during its inauguration, it has been almost equally criticised for lagging and glitching on its Connect feature.

Apple Music requires an updated iTunes, however many have found the service wiping their entire iTunes accounts, and an Apple Support Community thread with over 5,000 views is dedicated to the common issue.

Until Apple fixes these issues, the streaming service is best served for iPhone users who listen to music on-the-go. However, users should be warned that the iPhone app tends to save music without the users permission, which may be a problem for those with little storage space on their devices. 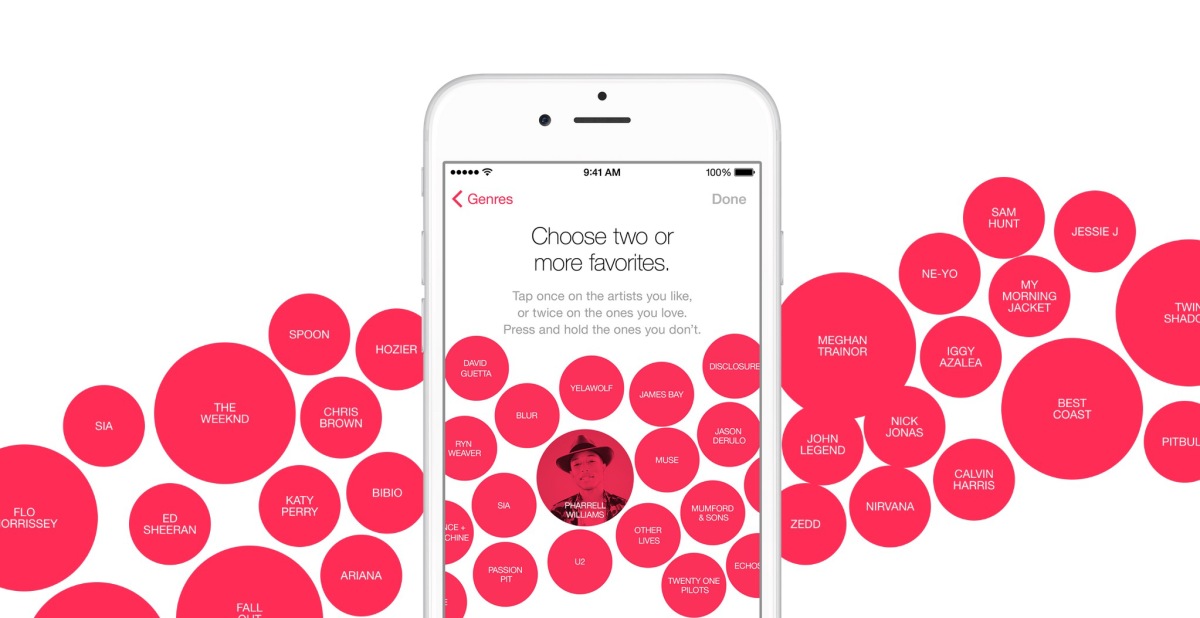 Whilst it has its issues, the trial run of Apple Music has been relatively successful thus far, and offers a competitive streaming service for those willing to pay its monthly subscription of $9.99 a month or $14.99 for families.

So will devoted subscribers of Spotify and other music streaming platforms migrate to Apple Music?

That question could be irrelevant to its success – only 6 million of the 20 million Spotify users actually pay for streaming, and 95% of music fans don’t pay for the streaming services they use anyway. So even if Spotify doesn’t lose any subscribers, Apple Music still has a huge market to play with.

And if Apple can quickly fix the issues that are stopping many from making the switch, the streaming service has great potential.