Skip to content
The situation is all to familiar for some. Being stuck in Economy for 5 hours subject to a cacophony of tantrum-thowing toddlers and the obnoxiously-snoring neighbour. You try blasting your curated playlist for the flight, yet it only masks the sounds and prevents any foreseeable sleep. 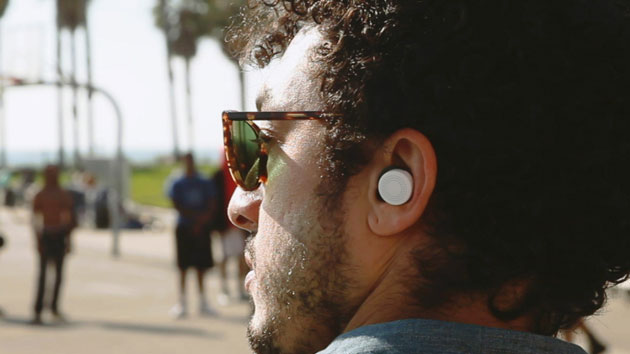 Now imagine being able to dial down the screaming baby and chattering passengers in real time. Well, thanks to Doppler Labs, this could become the normative reality pretty soon.

A kickstarter campaign has raised over $600,000 for the development of earplugs that control and personalise your real-time sonic world space. The campaign raised $250,000 in just two days in June and $638,000 to date for the development of new technology that will potentially revolutionise how we interact with the world around us.
The zero latency ‘Here’ active listening wireless buds connect to a smartphone app, allowing you to control the frequencies of the real-world without hoarding extensive gadgets.

“Soon, the Here bud may be a big part of how we interact with the world,” said Mic. 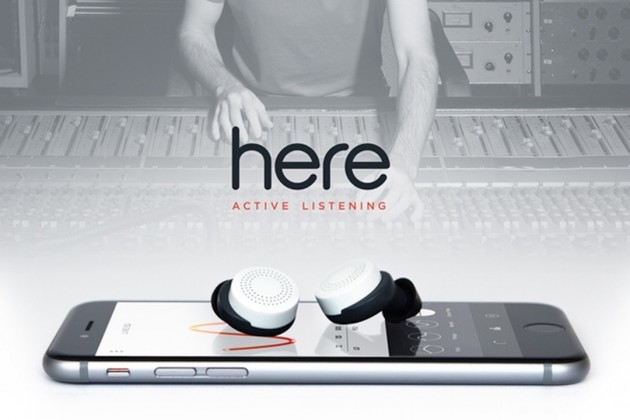 They don’t play music, nor should they be mistaken as hearing aids. They customise your hearing, allowing you to apply a real “volume knob” to your sonic world-space. Doppler Labs have developed algorithms that target specific frequencies, such as a baby crying, chatter or a jet engine, creating anti noise for these frequencies. This will allow you to suppress specific sounds and focus more on others – for example, more on the movie in a cinema than the audience around you, or the person you’re talking to in a cafe sans obtrusive traffic noise from outside.

“Hearing is a human feature, and we want to make that awesome,” Doppler Labs executive Fritz Lanman told Slate. “Just having a volume knob in your ears is amazing.”

The earplugs allow you to essentially “Instagram your ears.” You can overlay your sonic world with a ‘Hendrix’ rock or ‘Blue Note’ chill filter, one of the revolutionary accessories that could potentially change the way we personalise our everyday experiences. But what is most revolutionary about this new piece of technology is that it acts as a live music equalizer, designed specifically for audiences listening to live music in festivals and concert halls. The paired app gives you the power to increase and reduce bass, mids and trebs and augment your audio reality with reverb, echo or noise mask.

“This is an episodic, niche product,” CEO Noah Kraft told Wired. “It’s going to be marketed mostly for music lovers. The first use case Doppler’s thinking about is tweaking a concert to sound just right.” 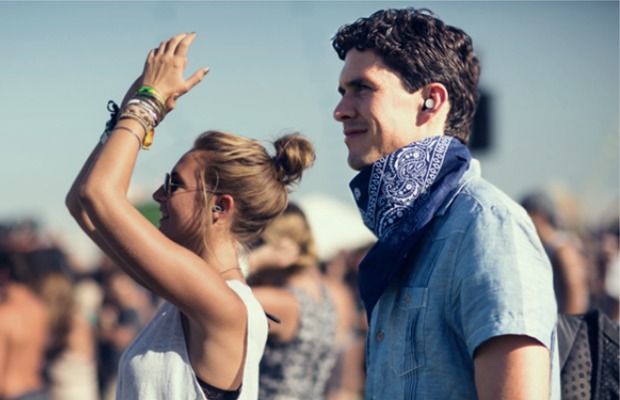 These guys weren’t necessarily the first to think of augmented hearing as extending hearing aid technology, and it could be argued that the invention of headphones itself was focused on this notion.
However, one of the reasons why this product has received so much media attention and why it has been so successful is because of its simplicity and familiarity. It doesn’t require the consumer to purchase any extra device, and the smartphone app will be all but familiar with over half of all mobile users expected to be using smartphones by 2018 – thats 2 billion possible ‘Hear’ customers to market for.
We’ve been wearing ‘earables’ since the release of the Walkman, so using the wireless earbuds won’t demand a drastic change of routine.

“Google Glass is the perfect example of where you can take a technology and say ‘wear it,'” Kraft told TechCrunch. “And I think one of the issues with wearables, especially wearables that are not on the wrist, is that you have to be really careful that you’re actually creating something people want to wear on their face.
We think the ears because of pre existing technologies is a more acceptable place. But we still had to be really conscious that this is something that people actually want to wear. And when you say to someone ‘put this on in the morning and wear it everywhere,’ that creates a social discord.”

But the product is much more than another wearable Kickstarter-funded gadget.

This vision almost never came into the sights of Lanman, who sold his company Livestar in early 2013. As an early investor in Pinterest and Square, and longtime Microsoft corporate strategy executive, Lanman was ready to settle down when he met current CEO and co-founder Noah Kraft.
The company began short after Kraft pitched the beginnings of what is now their vision to “create wearable tech that makes computing more immersive and human.” The first stage was the development of ‘Dubs,’ $25 earplugs designed to protect ears and minimise risks of Noise Induced Hearing Loss. ‘Here’ is the second stage for the company, and the product targets the niche of music lovers, which happens to be the core foundation of the company vision.

“I’m a musician at heart,” said Kraft, “…If you think about just noise in general, and you can get pretty existential about this, you know, 250 years ago before the industrial revolution, thunder was a very scary noise right? Thunder would happen and there would be a very extreme reaction to that. Since then noise has proliferated… and we’ve done nothing, obviously biologically we haven’t evolved in the 250 years, but also from a perspective, we’ve only created very blunt instruments to stop that.”

The features embedded into the product and its campaign have made its intended purpose very clear. There is a reason why you can’t play music through the buds; it’s not for keeping in your ears all day, making phone calls, or asking Siri what 0 divided by 0 is.

“So what we say is go about your life and when it is necessary to put this in, this will be a perfect thing to enhance your experience and it will allow you to be very immersed, and that’s important for us,” said Kraft.

Doppler Labs will begin shipping the product in December to those who supported their Kickstarter campaign. If you missed the Kickstarter but are eager to get your hands on ‘Here,’ you can email Doppler Labs to join the waiting list.