Style vs. substance is often a balancing act that filmamakers struggle with and critics take aim at. So is there a happy medium or is one better than the other. Ryan Gosling’s directorial debut Lost River goes some way to enlightening us. 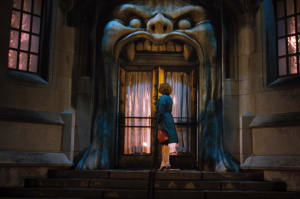 The opposing arguments between style and substance have raged back and forth for quite some time now. What makes a better film, a great story and character depth or beautiful art? Obviously somewhere in the middle is where the truly great films often lay. Ryan Gosling himself acted in one of those, 2011’s Drive.

Putting that aside, critics often take a meat cleaver to films they deem to have valued style over substance. Directors that come to mind when thinking of those who’ve been savaged include Baz Lurhman, Tim Burton, and Guy Ritchie. All use different directorial techniques but to a man they have been derided by critics for their lack of effective plot or character devices.

But are the ‘experts’ too harsh. Are critics getting lazy with their reviews? Filmmaking is art, it is entertainment and consumers have different tastes. Film has the ability to exist as a beautiful art form by not only combining word and image but also incorporating sound and music. It can simply exist as a surreal, emotionally affecting experience.  That’s one opinion. Another is that story and character development should take priority because that’s what is most engaging for the audience.

Many films have caused debate over the years in response to these opposing views.

A film that has been met with disapproval by critics is the directorial debut of Ryan Gosling, Lost River.

The movie received mixed reactions at Cannes film festival before seeing limited showings in theatres and was recently released on DVD. It is currently rated at 29% on Rotten Tomatoes. The film is characterised by a strange fantastical plot that is not altogether cohesive. Characters are not fleshed out, some only known by caricatures such as ‘Rat’, ‘Bones’, and ‘Bully’. The storyline seems to exaggerate the stakes. However, visually it is one of the most stunning films you will see. It’s moving art. This is coupled with a standout performance by the entire cast and a remarkably moving score. These elements allow the film to stir emotions and meaning within the audience without having to ‘tell’ the story in a straightforward manner. On the contrary, without the weird complex plotline the other features wouldn’t shine as they do.

Director Gosling spoke to the Guardian. 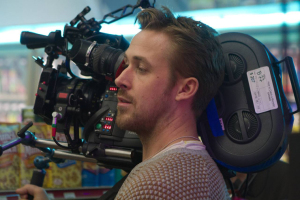 “I know people are surprised I’ve made it. But it’s the movie I wanted to make. The screening was a great experience. I’ve read people were booing. It’s just not true. That narrative has been distorted.” But the critical response? “Right. That was what it was.”

Lost River was hounded as a self-indulgent mess, but to hear Gosling describe it, you begin to understand it much more. While spending time in Detroit filming political thriller the Ides of March, he was struck by the sense of abandonment and decay in parts of the city. He decided he wanted to make a film about that, but one that was accessible to everyone, not just people in Detroit. Thus the fairy-tale approach.

“The environment in Detroit can be threatening and ominous, and it reminded me of a feeling I had when I was a kid. Because my mother wasn’t just a single mother, she was also very beautiful. And men were like wolves. Just walking down the street with her was scary. There was a predatory vibe. Guys would whistle, or they’d circle in their cars … You want to protect your family, but you feel weak and helpless. And it ignites your imagination, because you start to picture scenarios in which you could defend her.”

Lost River is the perfect film to showcase in the style vs substance conflict because style fans who care little for the story will love the gorgeous cinematography and colour palate while substance enthusiasts will see a very different, heart-breaking film so long as they do their research. In reality, people will like what they like just as they do with food, music, and people. It’s all a matter of opinion.

However, critics are getting lazy, preferring to throw meaningless adjectives at films instead of investigating techniques, history, or looking for things which aren’t put right in front of them. Most take things at face value, refusing to analyse or dig deeper in order to fully understand the message of a film, be a feature length, short film, or music clip. Not every movie is good, but many ‘bad’ ones are.