Gwendoline Christie, other wise known in the “Game of Thrones World” as Brienne of Tarth is not only is one of the most popular characters on the astronomic TV series, but also has recently made her debut in the Fashion Industry, becoming the face of Vivienne Westwood. What is most interesting about this move is that, just like her cross gender character, she (in the real world) is rocking both genders’ attire for the A-List designer.

Unless you have been living under a rock for the better half of the year, you would have noticed a recurring theme has become a global phenomenon… you guessed it… gender equality. This timing for Gwendoline could not be any better as she is not only becoming a face of a high end brand, but also an important social issue (plus she pulls it off well!). 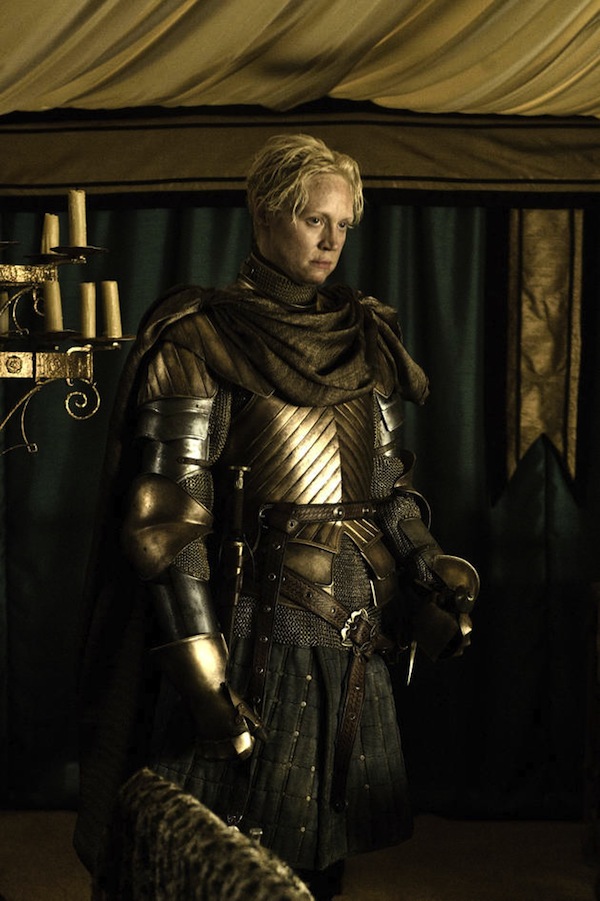 Gwendoline was quoted recently giving her opinion on the new range and character, “ I love the ‘uni-sex’ theme of this collection. It is so relevant for Vivienne Westwood to reassert their activist mindset and create a collection that takes us beyond our current gender stereotypes with beauty and intelligence” and “ To be involved in something that is genuinely challenging gender stereotyping is what I’ve always wanted. I don’t have to worry about whether I look attractive. Brienne looks like a bag of dung- that’s the character and that’s fine- so I can focus on other things”.

Gwendoline is a truly beautiful woman, but not only is she pushing the boundaries of gender, but within her character she also pushes the boundaries of what society expects a woman should look like on our television screens. For the sake of her character, Brienne of Tarth, she is not worried about looking unattractive, but rather shows the raw emotion that the individual endures through struggle and defeat, even if that means she isn’t going to make it in the top 100 sexiest women list. This courage and dedication to her character explains the success of her character and why she is lined up for some huge rolls, like Star Wars, coming out December this year.

Gwendoline is one of the most “kick-ass” (more like kill ass) female characters on the show, especially when you take into consideration the patriarchal society Game of Thrones is based in, so its truly inspiring to see a character such as hers, and even further inspiring that she portrays it impeccably.