In recent days Google has announced it is throttling back it’s policies for Google Plus, reducing the impact it has as a social network and losing ground on Facebook. 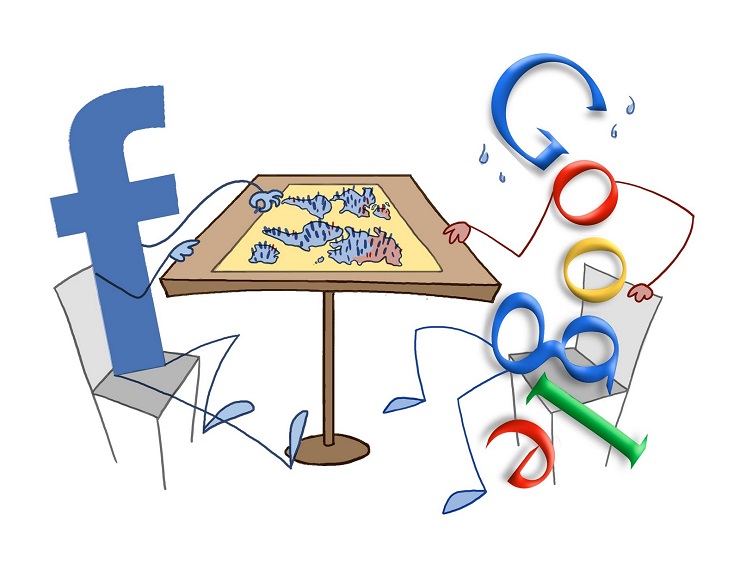 It was reported earlier in the year that Facebook was very much in the ascendency fighting against Google+ for social identity. As of the end of Q4 2014 Facebook accounted for 61% of all social logins, Google+ 22%. On mobile devices the divide is even greater with people using Facebook as their identity 77% of the time, to Google+’s 16%. In fact Facebook was dominant in all aspects of logins including: Ecommerce, Media/Publishers, Consumer Brands, Hospitality/Travel, and Education/Non-Profit.

In the past few days, news has emerged that Google will be uncoupling features, such as YouTube, that were previously connected via Google+. While millions of people use Google+ for Gmail and all its other apps, the majority of people don’t embrace the social media aspect. It’s estimated only 9% of Google+ users had any publicly shared content in January 2015.

It has been suggested that Google+ was only ever created in direct response to Facebook and that is was trying to be too similar. Insiders say an aura of fear shrouded Google after Facebook was created. Google+ creator Vic Gundotra is quoted as saying to Google co-founder Larry Page:

Thus, Google+ was born, though it hasn’t become the social media foe they hoped would threaten Facebook. Now it seems, Google are slinking away, quietly dis-assembling Google+. It’s now no longer necessary to have a Google+ account to post and comment on YouTube. Integration is also being removed from Photos and other platforms. Forcing users to have an account to cover all of Google’s services in hindsight was a mistake. People don’t particularly like being told what to do, which is essentially what happened to YouTubers. The only problem was that while Google could force you to have a Google+ account, there wasn’t much they could do if you didn’t want to use it. People were begrudging and the network never got off the ground. People struggled because the platform was no where near as simple as Facebook, and people found it difficult to find friends. Google has tried many approaches to make an impact on the social field, and failed numerously. A list of platforms that Google launched and killed-off include: Orkut, Reader, Wave, and Buzz.

The changes Google are making are effectively an admission of defeat as far as the social platforms go but it may be a good thing for them in the long run as they seek to offer a more focused experience in the future. However, whether they’re ever going to be able to build anything with the wide appeal of Facebook remains to be seen, and sounds unlikely.

To make matters worse, Facebook has well and truly clobbered Google in the world of cinema too. In light of this recent news we thought it would be a good idea to look at movies that have been made about both. ‘The Social Network’ (2010), starring Jesse Eisenberg, for Facebook and ‘The Internship’ (2013), starring Owen Wilson and Vince Vaughn,  for Google. On this list of the best movies about social media and the virtual world ‘The Social Network’ comes in at number 1, ‘The Internship’ at number 23. Some are of the opinion these films were just as much extended advertisements as they were movies. If viewed this way, then it’s another battle Facebook has won.

‘The Social Network’ created plenty of interest when it came out and duly delivered a worldwide box office earning of just under $225 million.

This is in stark contrast to ‘The Internship’ which grossed just shy of $94 million.

Critically, ‘The Social Network’ has a rating of 96% per cent on Rotten Tomatoes and a rating of 95 on Metacritic. Meanwhile ‘The Internship’ is at 34% on Rotten Tomatoes and 42 on Metacritic. These figures are lopsided but may be skewed by the fact that ‘The Internship’ is a comedy. Critics often lean away from dishing out praise to comedies and comedic actors, despite the level of skill required to make and act in a truly good comedy. Still, it seems clear ‘The Social Network’ is the superior film.

The change in policies Google will be enacting in the coming months will seemingly only strengthen Facebook’s grip on consumers while Google looks to regroup in the wake of dropping Google+. There is potential though in Google reverting to single purpose apps, such as Photos. Things similar to this like Instagram have Facebook worried, and Facebook are also looking to move in this direction, last year making plans to “unbundle the big blue app” with their work on Creative Labs: various apps to give greater focus on how people and groups want to share information and interact with others. Facebook has 8 labs, or apps, operating right now and it all looks slick and user friendly. So Google certainly has some ground to make up again.

Were you ever a fan of Google+? Did it frustrate you or seem like a waste of time compared to Facebook? More importantly, which film has your vote?