Andreja Pejic (born Andrej Pejic) is the Australian model who is publicly displaying her journey of transition, breaking down stereotypes and barriers, and we believe is an under-rated muse to all those whom are walking the same shoes as the self-proclaimed individual that has ‘lived through both genders’.

Andreja’s life began in in Bosnia, during the Bosnian War, and her family soon after her birth fled to a refugee camp. In the turn of the century in 2000, her mother decided to create a new beginning for the family and moved to Melbourne when Andreja was just eight years old. Andreja attended school in Melbourne and although she had an extremely unsteady beginning, she was known to be an abundant academic.

Andreja was scouted at 16 working at McDonalds, and from there her profuse career began. She was known in the Fashion Industry as a male model that also resembled a stunning female. This was no disadvantage to the versatile model and she walked Fashion Weeks internationally for both male and female clothing lines with A-list designers Jean Paul Guiltier and Marc Jacobs. This created a sense of diversification in the industry and pushed clear boundaries, which fortunately, fashion is constantly achieving and fortunately for Andreja, she was the forefront.

Andreja explains in recent interviews that for her, her life was just a ‘show’ since she can remember, pretending she had a male persona and believed that due to the pressures of society that would be the easiest option, but inevitably the realisation was made that life can not be lived this way.

Andreja explains, “ For me, it was an option of doing this or living a fake life… To transition and to live life as a woman- what you are! Or to pretend, to live life for other people, to make the family happy, to fit into society’s standards. But that’s not a life. That’s just a performance”.

Andreja has decided to expose herself on another level by creating a documentary about her journey and story that is yet to be released. The motivation behind this project, she explain is, “To humanise the situation”. She also stated that because she is such a public figure in such a sub culture of individuals, she would be a great candidate or spokesperson type figure as her story was already out there. 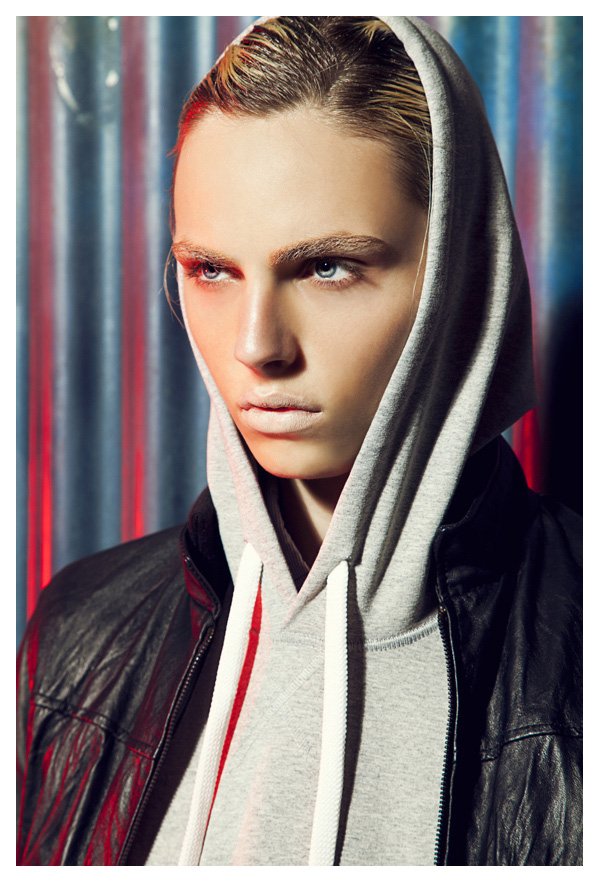 A major factor in why this woman is taking such a huge stand is that she believes the biggest issue here is that, “ There are still transgender youth committing suicide everywhere around the world because of ignorance… so I think there’s definitely a long way to go”. This issue, especially this year has been addressed from Caitlyn Jenner to Laverne Cox and the impact that they have made in the media and in the public’s education of a before, more unknown topic is creating public dialogue about gender everywhere. Andreja is another example here, for an even longer period of time and understands this, making her a great example of an Australian girl making a social difference on a global scale.

Take a look at Andreja’s interview on The Project from March 2015 as she discusses her journey, particularly as teen and what she did to tackle her issues on self-identity and more info about her coming documentary.

Andreja will be featured in our up and coming series “It” Girls Vol. 61. Keep looking here for further details!