While many actresses are viewed as megastars because of their high grossing films, it doesn’t mean they’re the most talented of the bunch, and the darlings of the critics aren’t always the richest.

When discussing their taste in film and entertainment, one should always know the hottest names to drop. But is it the richest or the most highly acclaimed that should win the most admiration? It’s surprising how often the two fail to correlate. We take a look at the highest earning actresses and how they stack up when it comes to critic ratings. Do they deserve all their money, or are there more talented stars who don’t get their due?

10. Anne Hathaway – The diminutive beauty has made $2.075 billion at the box office, thanks in large part to her roles as Catwoman in The Dark Knight Rises.

9. Scarlett Johansson – In the dreams of men everywhere, the sultry blonde has made $2.08 billion, with leading roles as Black Widow in The Avengers franchise.

7. Sigourney Weaver – Famous for the Alien movies, she also starred in Avatar, which certainly did her no harm. She’s made $2.179 billion.

6. Kathy Bates – Now starring on television, she managed to score a key role in giant box-office film Titanic, contributing to her overall figure of $2.248 billion.

5. Cate Blanchett – One of the most respected women in Hollywood, the enchanting Blanchett has had too many iconic roles to list but who can forget her as elven queen Galadriel in Lord of the Rings? Her films have grossed a total of $2.33 billion.

4. Helena Bonham Carter – The alternative stunner has a penchant for strange roles but appearing in Harry Potter really lifted her up the list to bank $2.538 billion at the box office.

3. Julia Roberts – Recently her films have been off the boil but the 90’s were very kind to her, especially Ocean’s Eleven, which made up $183 million of her $2.641 total. 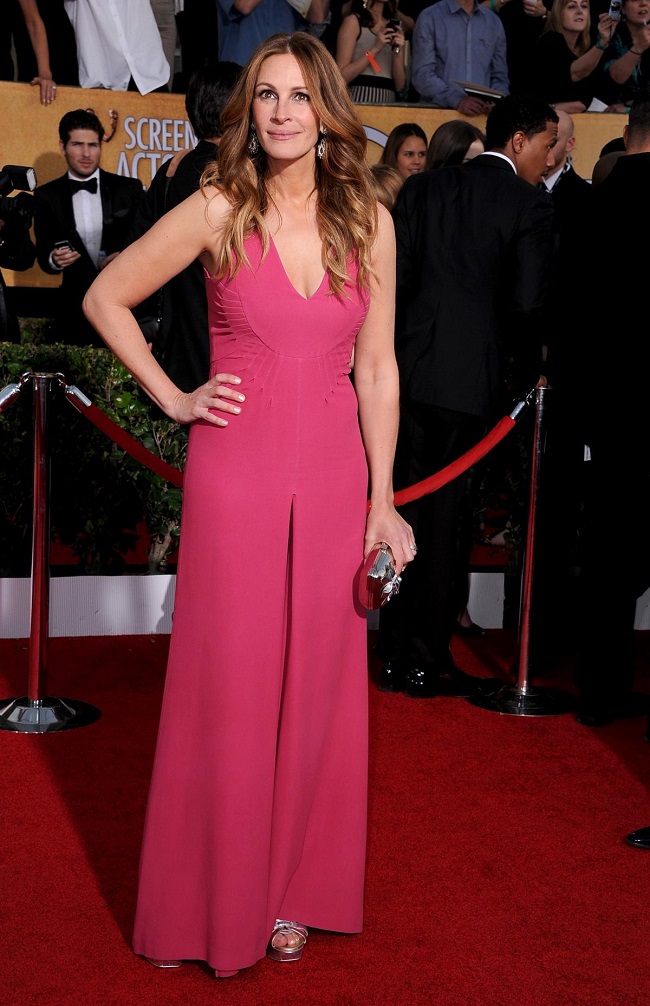 2. Emma Watson – This English heart-starter is probably better known as the witch Hermione Granger who keeps Harry Potter from getting killed a lot of the time. Unsurprisingly she’s high up the list with $2.681 billion. That’s an average of $191 million per film!

1. Cameron Diaz – It may be a surprise to some but with 33 films counting towards her total, the bombshell was bound to come up trumps. In total her films have made $2.945 billion.

So there we have the top earners but who receives the plaudits for their performances? While Cameron Diaz has a highly commendable role in Being John Malkovich, which scores 90 on Metacritic, she’s been in many stinkers according to the site which aggregates reviews from both critics and users. Her lowest score is 30 and her average currently sits at 49. With the maximum being 100, that constitutes failure. But there she is, sitting pretty as the most successful (money-wise) actress of all. The best of this list is Emma Watson with a healthy average of 69. Her turn in the Harry Potter franchise was outstanding as a strong female character who was trying to understand herself as a maturing girl/woman while at the same time fighting off forces of evil. So in the context of this list, money and acclaim aren’t too far away from equalling one another. In fact Emma Watson beats out most other modern day actresses with her score. She’s ahead of stars such as Meryl Streep, Judi Dench, Kristen Stewart, Julianne Moore, Jennifer Lawrence, Angelina Jolie, Nicole Kidman, Kate Winslet, and Natalie Portman. With a lowest score of 50, she deserves her place as one of the richest and most successful actresses in the world.

Of course, this is only one way (or two) of looking at it. There are some who truly believe Meryl Streep to be the greatest actress of all time.

Who is your favourite actress and are they mentioned here?