The Man From U.N.C.L.E is essentially a good one night stand, if you’re into that type of thing. It’s a bunch of fantastic meaningless fun that you probably won’t think about very often afterwards. 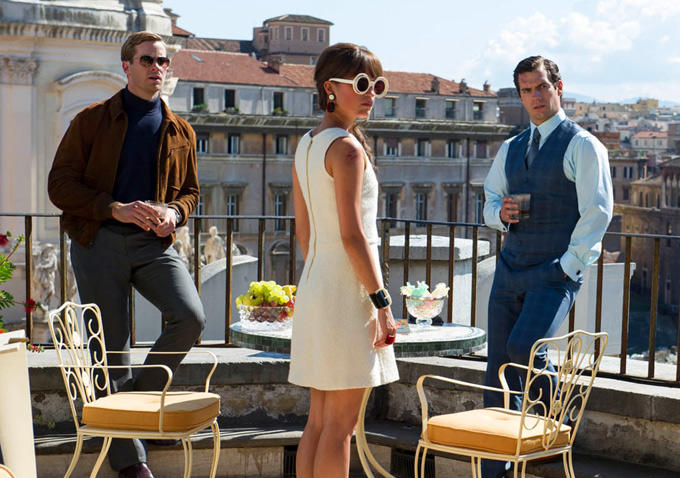 The Man From U.N.C.L.E is directed by Guy Ritchie and stars Henry Cavill, Armie Hammer, and Alicia Vikander. It follows the three of them as they band together, somewhat reluctantly, to stop the proliferation of a nuclear warhead being weaponised. Staying true to the iconic TV series it’s based on the film is set in 1963, making for particularly interesting car chases.

Henry Cavill is American thief and art dealer Napoleon Solo, forced to work for the C.I.A to erase his prison sentence. Armie Hammer is Illya Kuryakin, a slightly psychotic KGB agent who is none too happy to be working with Solo. Alicia Vikander, very much a rose, is Gaby Teller who is needed to aid the men as they try to track down her father and stop him from making a bomb for the World War II fascists that have abducted him. Entertaining events ensue.

It’s pretty easy to see Guy Ritchie in this film, which is a good thing. A director should have his own identifiable style. Elements from his previous films such as Snatch, RocknRolla, and the Sherlock Holmes double can be sensed throughout ‘U.N.C.L.E’. The incredibly precise cutting, quick witty dialogue, split-screens, replaying of information, and strong use of music to inform action and character all come into play. The plot is one that rather suits Ritchie’s style, constantly on the move and with ample room for banter. One of the film’s major strengths is the interplay between the three leads as they bicker, sigh, and laugh their way through each scene. Cavill and Hammer in particular bounce off each other well. The humour is well balanced and well delivered, stopping inches short of spoof territory, thankfully. There are a few hilarious moments but after a while some of the jokes become predictable and worn. Ritchie’s writing is probably what saves it.

This movie is definitely a feast for the eyes. Notwithstanding the atrractive performers in every scene, the settings and fashion are beautifully composed, keeping every shot interesting and vibrant. 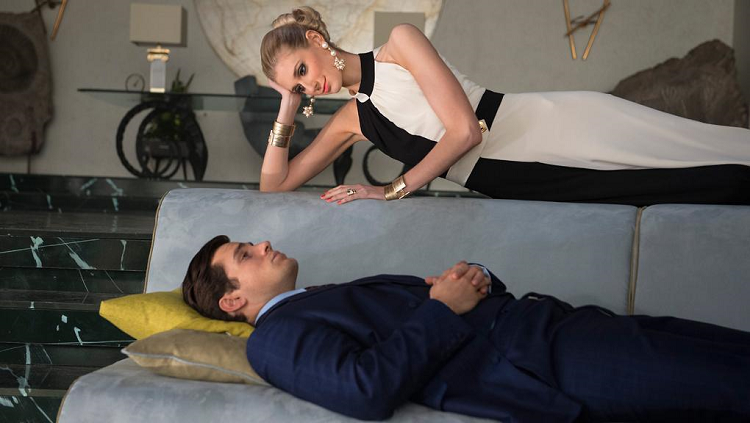 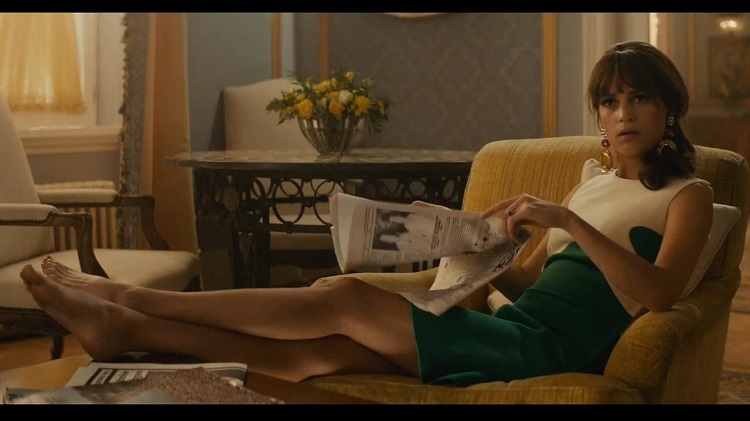 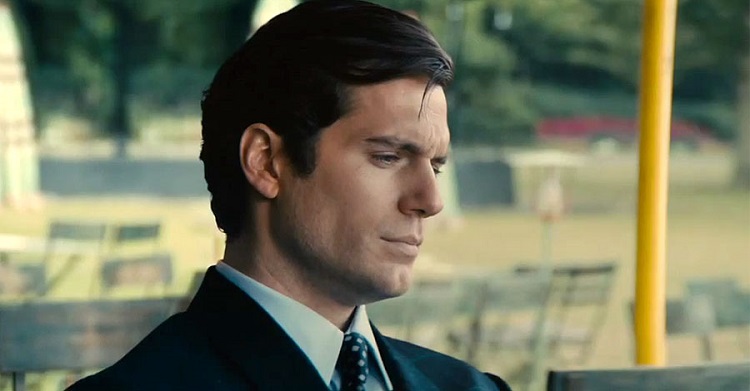 The pops of yellow that appear in multiple scenes brings to mind the affinity that Wes Anderson has with colour. The framing is also great, with most shots being self-contained worlds.

The action of the film was never going to fall short with Ritchie at the helm. Combining his trademark cutting style and split-screen techniques everything is quick and concise, with a new view constantly being offered to the audience. He even switches between overhead shots, gun scopes, and the interior of vehicles during one particularly long chase scene. With the help of a fantastic musical score the action bubbles along frantically. However on one occasion it slows right down to capture a beautiful underwater scene with the help of an Italian torch song. This is a welcome scene that provides a lull in the action and the dialogue that is needed for a freshen up.

The music also shines in a goofy dance scene, which Ritchie has used before, that begins in comical fashion before turning to tenderness and intimacy.

The main fault with this film is its utter superficiality. While Hammer and Cavill do a good job, they’re given little to work with. Their characters are more caricatures. There is nothing to them than what is on the surface, aside from Hammers repressed psychosis. We know their ‘file’ and little else. Hugh Grants character is entertaining but stretches an already unrealistic film too far with his cock-a-hoop antics. We know even less about the main villain Elizabeth Debicki. As a result we’re not fully invested in wanting the heroes to live, or overly zealous about wanting to thwart the baddies. Even a torture scene fails to really move us.

You will be required to do very little thinking in ‘The Man From U.N.C.L.E.’ Just go along for the ride and you should enjoy yourself but you won’t be writing home about it or taking it to film class. 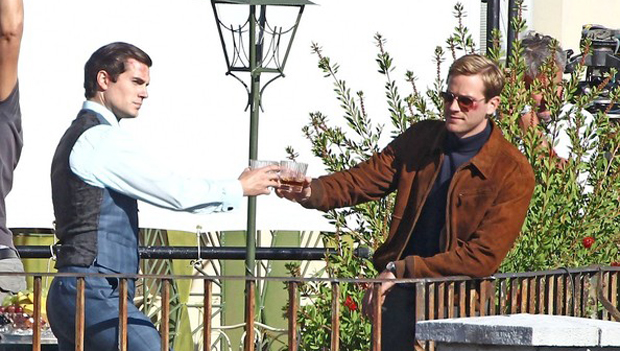 As expected it lost its opening weekend to ‘Straight Outta Compton’ but unexpectedly failed to grab second spot, losing out to ‘Mission Impossible Rogue Nation’ and only grossing $13.5 million so far.