On the 23rd of August 1970, scene-chronicler Brigid Polk recorded the cassette tape that would make up the bulk of the Velvet Underground’s album Live at Max’s Kansas City.

45-years later, the recording has become an invaluable artefact, documenting Lou Reed’s final performance before parting ways with the alternative-rock outfit to pursue a solo career. 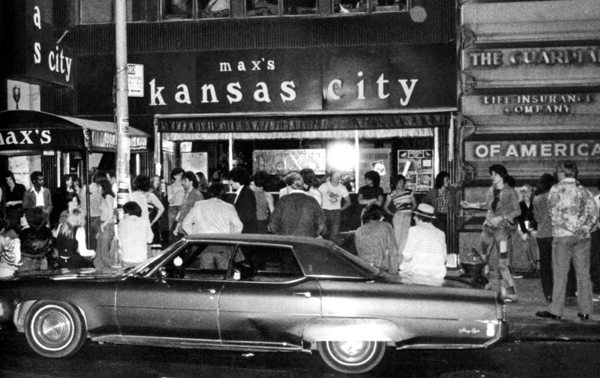 The summer of 1970 saw the Velvets soundtracking the night life at Max’s Kansas City, a vibrant space for the poets, artists, musicians, Princes, and Queens of New York City. Regulars included William S. Burroughs and Roy Lichtenstein, with Bruce Springsteen and Jimi Hendrix also making performance appearances. At the time, the Velvets were working on ‘Loaded,’ the fifth and final album to feature the band’s original members – Reed, John Cale, Sterling Morrison, and Maureen Tucker. The sets at Max’s were a select collection of old classics and newer songs that inspired a generation of musicians in the garage-band low-production movement, launching the fragmentation of rock music.

5 years before the night club gig, the band was discovered by Andy Warhol, who steered the direction for the band and is largely responsible for their success. Acting as their band director and producer, Warhol gave the band the high profile connections they needed with the free reign to pursue a unique sound and aesthetic. He pushed for the German singer, Nico, to be featured in their debut studio album and secured them a recording contract with MGM’s Verve Records.

Shunned for their avant grade approach during the 60s and 70s, they were arguably both the most influential and most under-appreciated rock band of their time. Whilst they achieved little commercial success, their legacy disseminated into alternative rock and experimental music, and their innovative art rock style which merged high and low art was resounded by artists from Beck to Nirvana. They were decades ahead of their time, and became the launching figures and roots of sub-genres that fragment from the masses.

“I just keeping thinking that when The Velvet Underground first came out with songs like ‘Heroin’, we were so savaged for it” Reed said.  “Here it is a few decades later, and I have those lyrics published in a book, and I’m giving readings at art museums. We wanted to make records that would stick around like great novels or movies, and we believed in what we were doing, even if nobody else did.”

The band drastically developed their sound from the violent cacophony of raw noise that was White Light/White Heat to the introspective rock and fragile maturity of their self-titled album The Velvet Underground. Each album showcases a change in musical direction, collectively providing an insight into the band’s musical and personal growth.

And its because Brigid Polk wanted to record the songs for herself with a Sony 124 that we can now listen to a live set of their favourite tracks today, 45 years later.

The album begins with Reed inviting the audience to dance: “You’re allowed to dance, incase you didn’t know.” Its quite humbling to hear arch art icon Lou Reed say “It’s really fun to be able to play these for you, I really don’t get a chance…” heading into the classic opening track to The Velvet Underground & Nico, “Sunday Morning.”

“This is a song about, oh when you’ve done something so sad, and when you wake up and remember…”

The album is a raw artefact, taking you back to the last gig Reed performed as a member of the Velvets,  in a downtown setting fit for one of the most influential rock bands in history.

Read more about The Velvet Underground and their influential career in Fashion Industry Broadcast’s Masters of Music Rock Series Vol. 17.

Listen to the album in full below.