In what will be one of the most anticipated Marvel films of all time, the second instalment of Guardians of the Galaxy now has some official details to go with a title. 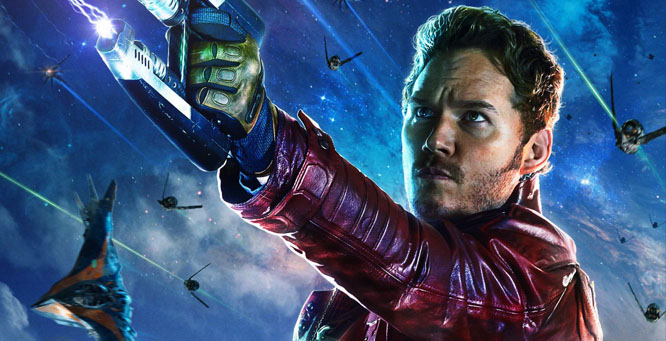 It can be confirmed now that the film holds the official title of ‘Guardians Of The Galaxy Vol. 2’ perhaps in reference to Peter Quill’s Awesome Mix Vol. 1. The film is also expected to begin filming as early as February 2016 and will hit cinemas around May 5 2017. Rest assured all the favourites from the first film will be returning.

A major plot focus for the second film be the identity of Star-Lord’s father. It has been reported that the movie will deviate from the comics in this respect. Director James Gunn has stated the film will be about relationships and more intensely character focused, adding that the film wouldn’t solely rely on finding out who Peter’s dad is. He spoke to IGN:

“It’s funny, I don’t want to black box it too much. You know what I mean? Yeah, it’s like, we’ll find out who his dad is, and it’s going to serve the story. It’s not going to be something like in The Crying Game, though, where the big thing was, ‘He has a penis!’ [or The Sixth Sense‘s big twist]. I don’t want to do that. It’s not about the revelation of who it is; it’s about what his relationship is to that character.”

As for who it actually is, Gunn isn’t giving anything away. In an interview with Empire he stated very few people were privy to the information.

“There have been a lot of documents passed around about who Peter Quill’s father is between a select two or three of us. That’s been part of the plan since the beginning, that’s something I had to work out before we shot the screenplay. We wanted to make sure Yondu’s place in everything made sense and it does, so it’s all very specific stuff. It’s definitely not the character who it is in the comics, I’ll say that much.” 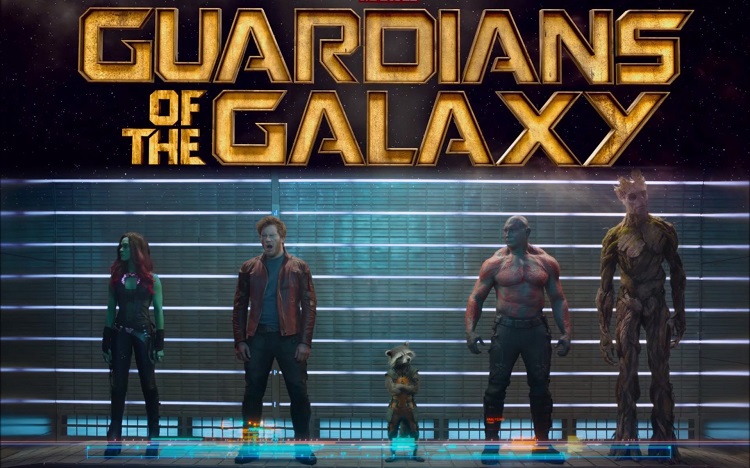 Hopes for an Avenger’s team-up have been dashed with Gunn explicitly stating that won’t happen in this film, but we will see a new character join the team. There’s over a dozen potential candidates for this role, most of them just as awesome as the existing team. There are rumours that Adam Warlock will be involved in the film in some capacity, some even thinking he could be Quill’s father, so perhaps he is the newbie. Personally, it’d be great to see more of Cosmo the Spacedog and Howard the Duck.

Other characters we can strongly expect to return include: 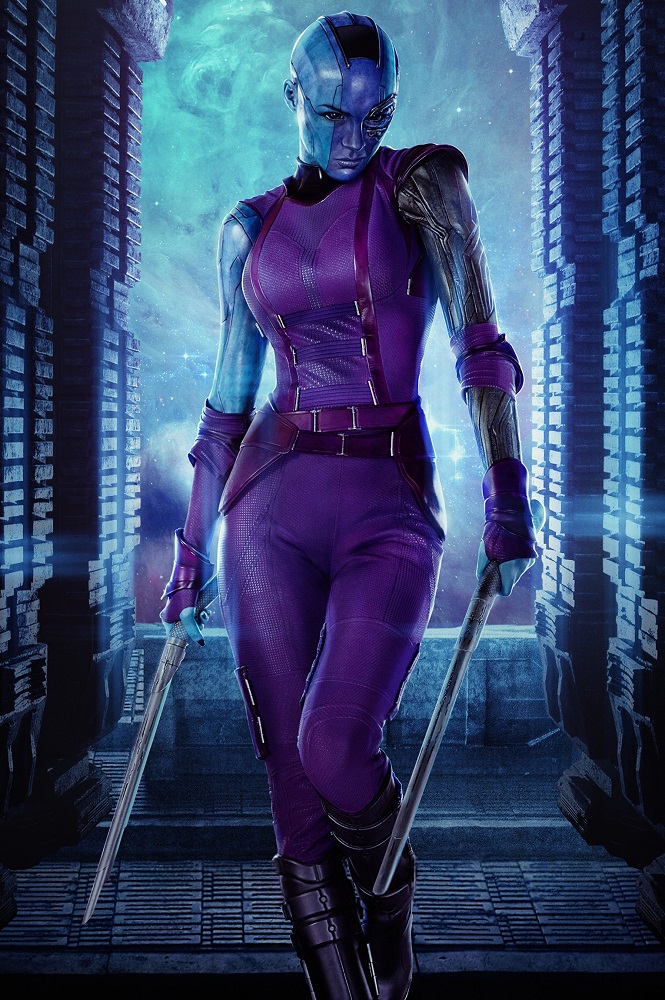 Karen Gillan portrays the adopted daughter of Thanos along with Gamora took off at the end of the first film after losing a hand in a battle with her sister but she’s a sure thing to return. In what capacity we’re not sure, hopefully not allied to Thanos. 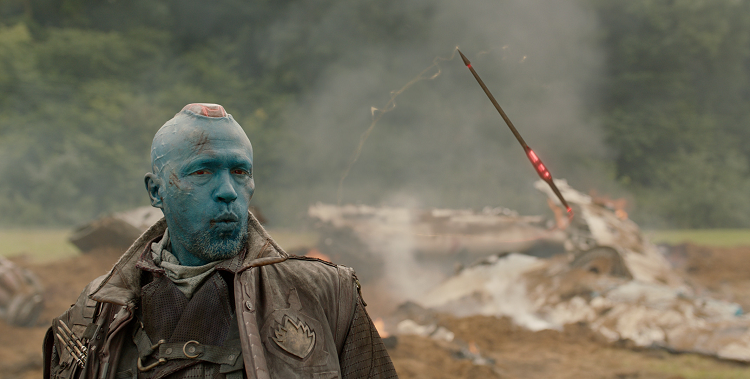 Dangerous and deadly, Yondu is all tangled up in Peter’s origin story so it’s expected he’ll continue to play a major role, shedding more light of the mystery parental figure. 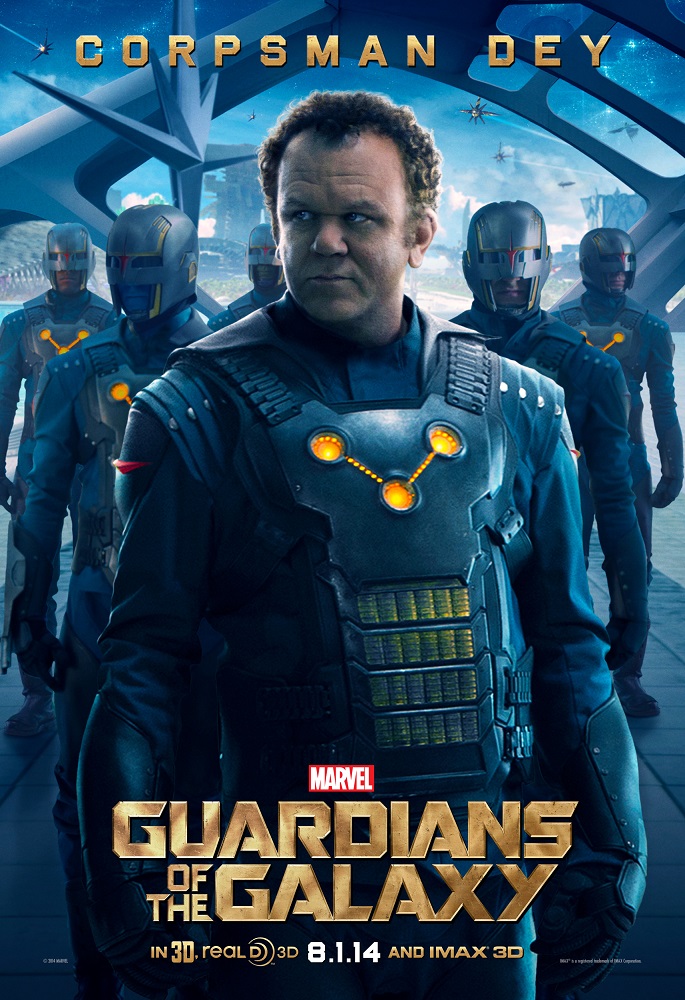 Acted by John C. Reilly, Dey played a large role in saving many people of Xandar when they were attacked in the first film, becoming an ally of Peter Quill in the process. While not confirmed to return they’d be missing a trick if they didn’t bring him back into the fold. 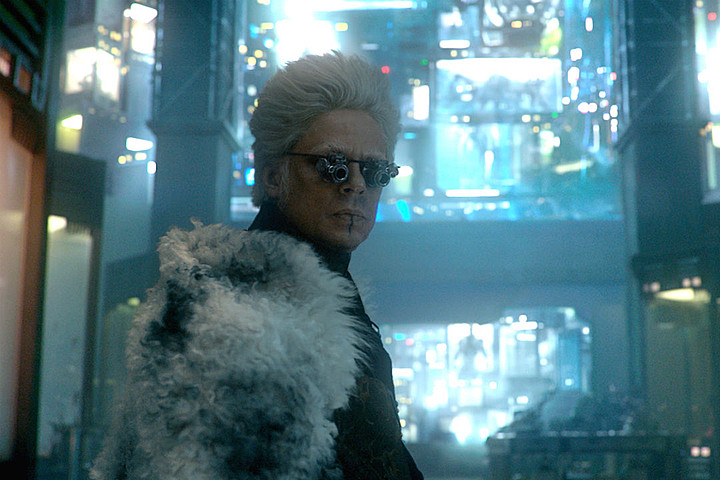 The strange and interesting being played by Benicio Del Toro remains somewhat of an enigma. Is he a villain or not? What are his motives? It seems like he has more to offer as a character and will definitely make an appearance in GotG Vol.2.

Are you excited about the new film?