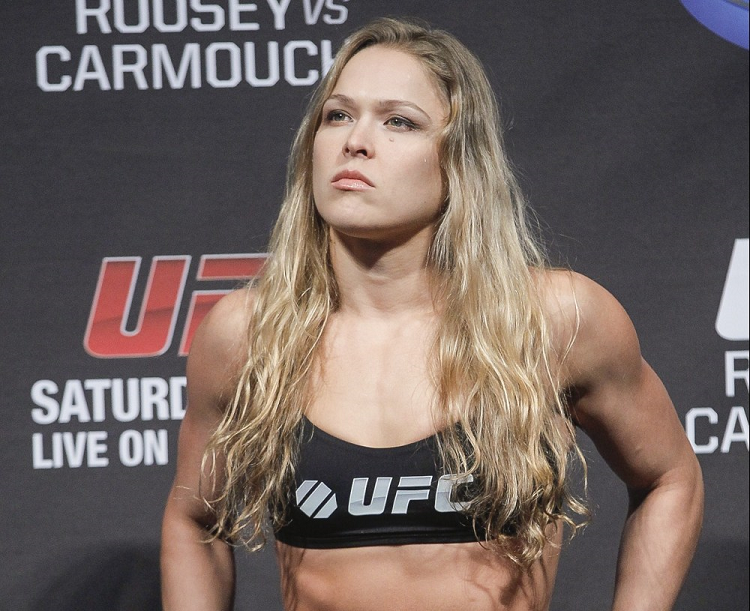 Ronda Rousey may be the worlds best fighter. Period. The mixed martial artist and judo fighter is undefeated in all her UFC bouts and is the current Women’s Bantamweight Champion. Now she’s going to put those skills to work in her first role as a lead actress in a reboot of Patrick Swayze’s 1989 action classic ‘Road House’.

Having already had cameos in ‘Furious 7’ and ‘Entourage’ recently, Rousey now gets the chance to further her career as an actress with extended screentime in the feature which is set to start filming in the first half of 2016. The original was startling with it’s non-stop action and violence that played out like a western without guns. Patrick Swayze played a tough bouncer who was hired to curb the behaviour inside a dirty bar but ended up facing off with a powerful crime boss. It’s had time in the sun on modern television too, with Family Guy referencing it through main character Peter Griffin in Season 8 episode ‘Brian’s Got a Brand New Bag’.

‘Notebook’ director Nick Cassavetes will write and direct the reboot, with his ability to write strong female characters a large factor in his appointment. Apparently initial preparations will take place in November, just a day after Rousey defends her championship against Holly Holm. She recently spoke to Entertainment Tonight about her enthusiasm for the role.

“I was pursuing Road House for like, two years. I really don’t think that any other man could be [Patrick Swayze]. I think it’s a wise angle to take to kind of do a little gender flip of the role.”

Before Road House comes out, she will also star alongside Mark Wahlberg in ‘Mile 22’ and has high hopes of landing the plum role of Captain Marvel.

“I’m really looking forward to doing my first starring role opposite Mark Wahlberg. Hopefully by the time Captain Marvel comes around, I will have enough skills and experience in the field for them to seriously consider me.”