People care more about Jayden Smith than his father, Gerard Butler isn’t the hunk he was during the 2009 release of Law Abiding Citizen and Johnny Depp is more notorious for illegally smuggling his dogs into Australia rather than his acting prowess. This is but a microcosm of how the acting landscape has changed.

So, without further ado, allow FIB to present you the new Idols and Young Guns, as well as bidding farewell to the usurped incumbents (cue slow, melancholic music).

Out with the old, in with the new 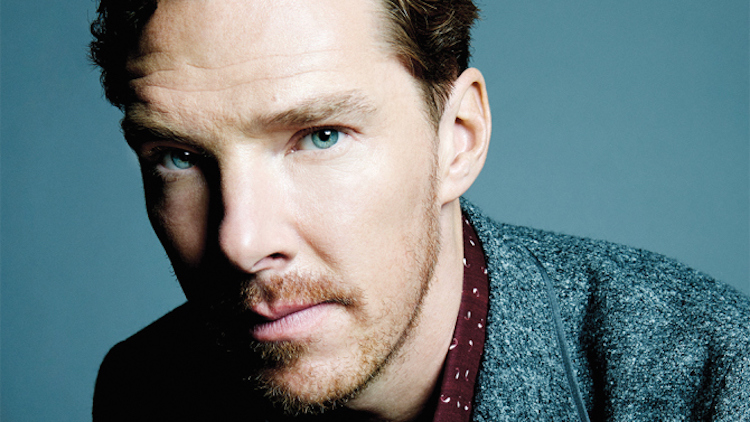 Just like Leonardo DiCaprio and Brad Pitt were the icons of the noughties, the eloquent Benedict Cumberbatch seems to have made this decade his own. The London local, born July 19, 1976, landed his first major role playing the eponymous Stephen Hawking in Philip Martin’s biopic Hawking (2004).

While Cumberbatch received high appraisal for this film, it was his role as Sherlock Holmes in the 2010 TV series Sherlock, where he really earned his stripes. So much so, that in 2014 Cumberbatch won the Emmy for Outstanding Lead Actor in a TV Miniseries or a Movie.

In 2011, Cumberbatch featured in the WWII drama Tinker Tailor Soldier Spy, before playing the lead in Morten Tyldum’s historical thriller The Imitation Game (2014). With a budget of approximately USD $14 million, the film netted over USD $200 million, confirming Cumberbatch’s status as the decade’s most recognised — and perhaps talented — actor. What’s more, his role in Tyldum’s film earned him nominations as Best Lead Actor for the Academy Awards, BAFTAs, Golden Globes and Screen Actors Guild.

Thankfully, Cumberbatch isn’t going anywhere. 2015 will see Cumberbatch feature in the highly-anticipated rendition of Shakespeare’s Hamlet, as well the continuation of the Sherlock TV series.

Testament to Cumberbatch’s legacy came in 2015, when he was awarded the Order of the British Empire for his services to performing arts and charity.

Fassbender was born in Heidelberg, Germany (April 2, 1977) to a German father and Irish mother, before eventually moving to Ireland aged two. He shot to fame in Hunger (2008), playing the film’s main protagonist — IRA activist Bobby Sands. His status as a global, household name was cemented following his success as Lieutenant Archie Hicox in Quentin Tarantino’s Inglourious Basterds (2009), where he won a Screen Actor’s Guild award for best cast.

Since then, Fassbender has starred in X-Men: First Class (2011), Shame (2011) and 12 Years a Slave (2013) — an adaptation of the 1853 memoir of an African-American slave. This film earned him a Golden Globe nomination for best supporting actor. In 2015, Fasssbender played the title role in the biopic of Apple co-founder Steve Jobs.

Throughout his career, Fassbender has been nominated for one Academy Award, three BAFTAs and two Golden Globes. He’s also won one Screen Actors Guild award and Best Actor award at The Venice Film Festival. 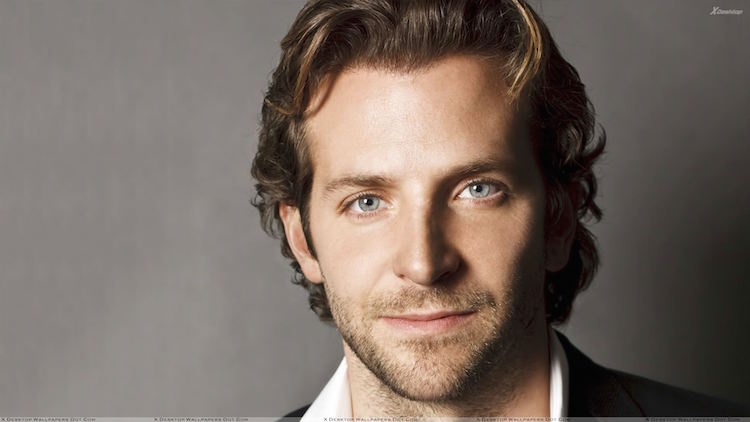 The first of two Americans on this list, Bradley Cooper was born in Philadelphia, USA (January 5, 1975). The Georgetown University graduate hit the big screen with supporting roles in Wedding Crashers (2005) and Yes Man (2008). Prior to this, he had featured in Alias and Sex and the City.

Bradley’s rise to fame came in 2009, when he starred in the first film of the Hangover comedy trilogy (2009), playing the level-headed Phil. This paved the way for lead roles in Limitless (2011), before earning Oscar, Academy Award and Screen Actors Guild nominations as Pat Solitano, the depressed protagonist in David O. Russell’s Silver Linings Playbook (2012).

The following year, Cooper’s role in American Hustle (2013) proved his worth as an actor, where he won a Screen Actors Guild award as part of Best Cast. In 2014, Cooper produced and starred in the biopic American Sniper, detailing the life of the late Chris Kyle. The film’s success justified Cooper’s inclusion in this list, while also highlighting his versatility as playing both serious and light-hearted roles.

If that wasn’t enough, in 2011 People Magazine voted Cooper “Sexiest Man Alive”, which of course, is secondary to his acting prowess.

Born in west London (September 15, 1977), Tom Hardy landed his first major role in ITV’s 2008 television remake of Emily Brontë’s Wuthering Heights. While the two-part series was a major success in Britain, it failed to cement Hardy’s place on the international stage.

International recognition came when he played alongside fellow Idol Leonardo DiCaprio in Christopher Nolan’s Inception (2010). The enthralling film paved the way for Hardy’s prolifically talented career, where he won the BAFTA Rising Star award that year.

Following that success, Hardy starred alongside Cumberbatch in Tinker Tailor Soldier Spy (2011) before teaming up with Christopher Nolan again, as he played the infamous antagonist Bane in The Dark Knight Rises (2012). In 2015, Hardy once again proved his credentials playing the lead character Max Rockatansky in the iconic Mad Max: Fury Road, and is starring in the highly-anticipated Legend (2015).

Josh Brolin was born February 12, 1968 in Los Angeles. Brolin’s first role came way back in 1985, playing “Brand” Walsh in The Goonies. Years later, he played alongside Tommy Lee Jones as Llewelyn Moss in the Coen brothers’ 2007 film No Country for Old Men. The film, which won the Academy Award for Best Picture, was instrumental in catapulting Brolin’s career.

In saying that, Brolin proved his worth as an Idol playing a corrupt NYPD detective in Ridley Scott’s American Gangster (2007). The biographical crime film was a box office sensation, grossing more than USD $265 million, thus garnering Brolin further attention.

The year after, Brolin featured alongside Hollywood heavyweight Sean Penn, in the eponymous biopic Milk (2008). This earned him an Oscar nomination for Best Supporting Actor. Broil also starred in the 2010 remake of the 1969 film True Grit, a role that further demonstrated his versatility as an actor. Throughout his career, Brolin has won ten awards, including a Screen Actors Guild award for his role in No Country for Old Men.

While time has passed, there are some actors in our book that have remained relevant, and perhaps even better with age. Take Leonardo DiCaprio, for example, who is as affable now as he was when he starred in Baz Luhrmann’s Romeo + Juliet (1996). The same goes for Brad Pitt, who has matured as an actor and role model, having starred alongside Fassbender in 12 Years a Slave. 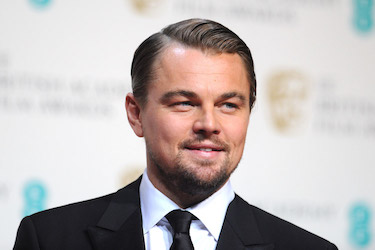 Special mention must go to Robert Downey Jr., who is far more liked now than when he first hit the big screen. His role as Tony Stark in the Iron Man series reminded audiences how much we crave arrogance-inspired confidence. Downey Jr. showed his depth of character by playing in the comedy Due Date (2010), as well as his humbling role in The Judge (2014).

Likewise with George Clooney. While he seems to be in the twilight of his career, Clooney’s presence as
a Hollywood heavyweight pervades us. His role in the critically-acclaimed Gravity (2013) proved his ability to act is not receding despite his age; while his role in Hail, Cesar! (2015) shows us a lighter side to the man often known as the epitome of suave.

Thanks for the memories 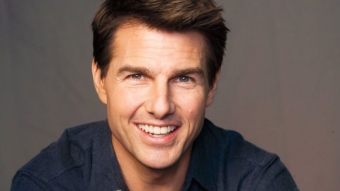 In looking ahead, it would be pertinent to remember the actors who we all adored only a decade ago. Spare a thought for Tom Cruise — which other actor could get away with jumping on Oprah Winfrey’s couch? Or anyone’s couch on national television, for that matter. With a sequel to the Mission Impossible series in the making, Cruise fans still have something to look forward to.
Image: Fox News

Jude Law fans can also look upon future fondly. While he may no longer be the heartthrob he was a decade ago, Law will feature in at least one more film as Dr Watson, with the making of Sherlock Holmes 3 recently announced.

Thanks must also go to Josh Hartnett, Clive Owen, Orlando Bloom and Johnny Depp, who will be remembered for future generations. 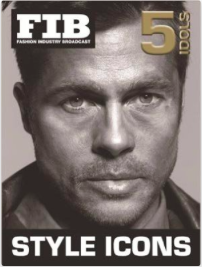 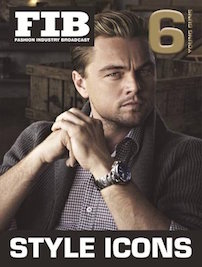