It seems the “sex sells” idea is becoming as old as the person who first coined it — I’ll save you the Google: it was Edward Bernays. Today, we live in a world where sexual themes form the tapestry of conversation and gossip columns, so to say we’re becoming desensitised to it would be an understatement.

Add to this the fact that Generation Z are the first generation to be able to access anything remotely sexual with the click of a button, and you can see why the shock and rebellion in sexual advertising is no longer there. Which is why the iconic Abercrombie and Fitch Co. is undergoing a drastic overhaul.

The campaigns of years gone by were shot by legendary lensman, Bruce Weber. His unique style celebrated the perfection of youth, creating this inhibition-free world and one that captured sexual freedom.  These themes are evident in A&F’s old campaigns, as well as other notable brands. Weber photographed Calvin Klein and Ralph Lauren‘s campaigns, transforming their lacklustre images into ones that screamed separate, captivating worlds that people wanted to buy into.

Fast forward to 2015 and the man behind A&F’s camera is Dan Martensen. The American’s work is known for its authenticity and ability to produce the endearingly natural qualities in people. He has worked with clients including H&M, Tommy Hilfiger and Nike.

“[Generation Z] don’t respond to traditional notions of beauty or even sexuality.

“They respond to real social change and self-direction”.

And so, gone are the days where A&F’s topless male employees – that happened to have chiselled bodies – would greet captivated customers at the New York Flagship Store; or post-purchase bags laden with stunning models posing suggestively. Adieu to the basic, varsity-themed clothing that flashed the renowned A&F logo. With consecutive quarterly losses since 2014, Abercrombie and Fitch Co. had to take some evasive action, or risk mirroring the fortunes of American Apparel and Christian Audigier’s Ed Hardy which both entered administration. 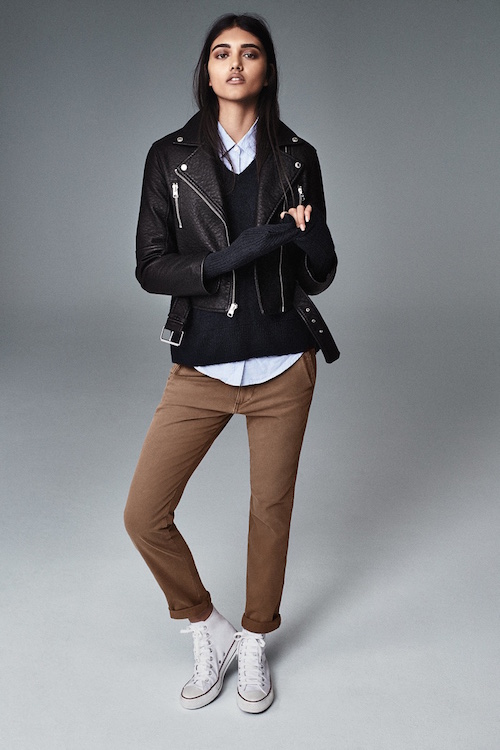 With this in mind, the struggling company has made some changes that are hoped to restore it to its former glory. One of the first steps they took was in marketing. In 2015 alone, A&F have spent more than US $8 million to change their image.

This image change spreads as far as their models. This year, A&F introduced Neelam Gill as the face of their brand. Gill, a Briton of Indian descent, is A&F‘s first Indian model. Only as recently as 2004, A&F settled a class action lawsuit based on discriminatory hiring practices. The suit claimed there were very few women working in the stores, and the models the company hired were predominantly White. So seeing Gill front the brand’s products quantifies this change — they aren’t only changing their clothes, but what they stand for. 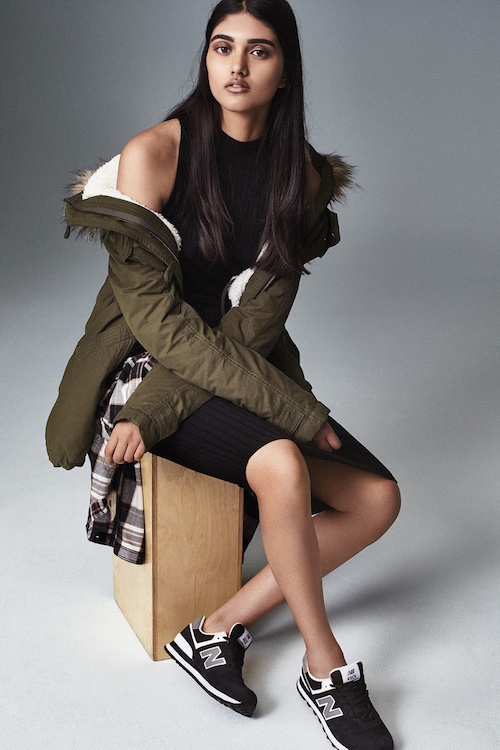 Another change A&F has made is with regards to their clothes. In years gone by, the company maintained their varsity-themed look with slight variations year upon year. While in previous decades this was the status quo, the rise of throwaway fashion retailers like Zara and H&M has meant consumers expect new designs each year. A&F were slow to respond to this culture of expected innovation, hence their declining sales. 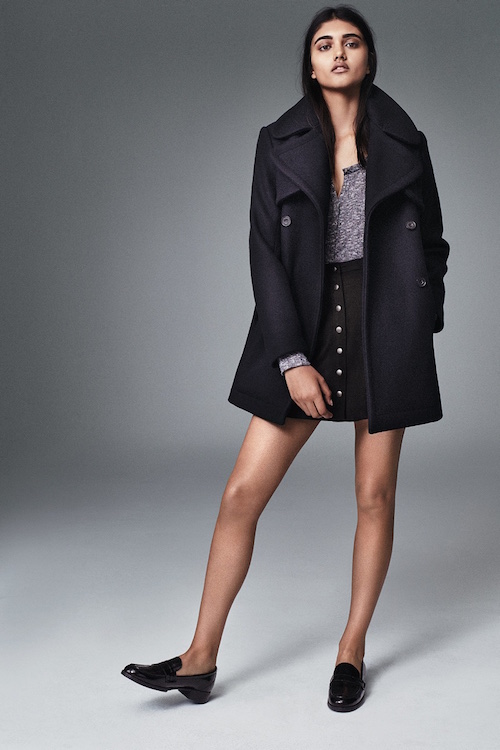 This season’s label however, shows a departure from their traditional look. Their 2015 AW collection looks like a cross between Stüssy and Neuw, or RVCA and Colab. Even the way Gill is posing differs from previous models. She has the swagger of an “It Girl”, as opposed to the repulsively seductive stills that have been used by A&F.

Of course, only time will tell whether these changes put A&F on a positive trajectory. Consecutive quarterly losses for almost two years have placed the company in a precarious position, where reputation alone cannot get them out of this predicament. It all makes for an interesting 2016…

If you’d like to read more about Abercrombie & Fitch and other American designers, check out FIB’s MASTERS OF FASHION Series, Volume 31 & Volume 32. 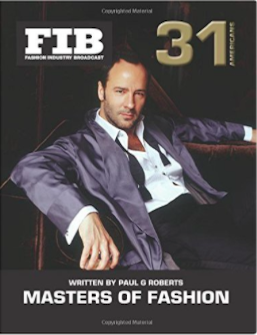 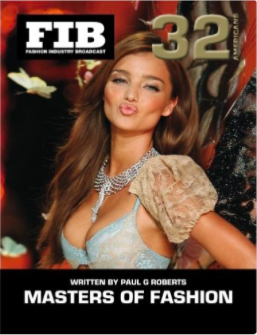