You know you’re doing something right as a model when you can boast six Victoria’s Secret Fashion Shows and seven Sports Illustrated Swimsuit editions. In fact, these shoots are testament to Ana Beatriz Barros’ adaptability as a model — one moment she’s strutting in elegant lingerie; the next, she’s flaunting her beauty in a swimsuit.

Born in Minas Gerais, Brazil on May 29, 1982, Barros never exercised the thought of modelling until aged 13 — and at 176cm! — when she was spotted on the beach by an Elite Model Management agent. However, Barros’ career nearly stalled before it began: her father pressured her to pursue traditionally prestigious jobs, particularly medicine and engineering, while her mother realised the potential in the modelling industry. For these reasons, Barros credits her mother’s nous for catapulting her career. Not content with Barros’ initial contract with Elite Model Management, Barros’ mother entered Barros in their 1996 Elite Model Look, where she ranked first in Brazil and second worldwide. The following year, aged 15, Barros moved to New York City to pursue her career.

With Spanish, Italian and Portuguese ancestry, it is no surprise Barros is known for her full lips and curvaceously slender, 6ft. figure. Her piercing, hazel blue eyes allow her to appear as Mediterranean in one shoot as South American in another, while her prominent cheek bones portray and lean jaw complement her svelte body.

Barros rose through the fashion industry in a manner that can only be described as ‘meteoric’. By 2000, Barros had become the face of American urban fashion label Baby Phat, as well as making her debut in Paris Fashion Week, walking for Valentino, Christian Dior and Christian Lacroix. Two years later in 2002, barely 20, she was walking in her maiden VS Fashion Show and posing for Sports Illustrated. By 2004, Barros had become the face Jennifer Lopez’ lingerie label, JLO.

Following her VS and Sports Illustrated era, Barros continued her fruitful modelling career. In 2010, she graced the runway during Paris Fashion Week, this time for Christian Dior, Loewe, Karl Lagerfeld, Giles and John Galliano. Away from haute couture, Barros was one of several models including Miranda Kerr, Abbey Lee Kershaw and Rosie Huntington-Whiteley to pose in the 2010 Pirelli Calendar.

Barros capped off 2010 with inclusions in Forniarina’s Summer/Spring campaign and look book, as well as featuring in British department store Marks and Spencer’s Summer/Spring collection. By this stage, Barros had become an established, recognisable model, achieving more than most in this notoriously cut throat industry.

Throughout her career, Barros has featured on the magazines of what seems like every country. In 2015, some of the covers were L’Officiel Russia (August), ELLE Bulgaria (May), ELLE Brasil (March) and ELLE Spain (January).

While in 2014, she featured on the cover of Harper’s Bazaar Kazakhatan (November), Women Magazine (November), GQ Mexico (November), Harper’s Bazaar Brazil (October), GQ Spain (July/August) and VOGUE Brasil (April). That same year, Barros was the ambassadress of Italian lingerie giant Intimissimi (whom she had previously worked for in 2005/06), while also featuring in campaigns for Lilly Sarti’s Fall/Winter collection and Naima’s Summer/Spring line.

Since then, Barros has featured in myriad shoots and shows. In 2015, she was in Refresh Shoes’ Fall/Winter 2015/16 shoot, as well as Ralph & Russo’s Haute Couture Fall 2015 campaign.

Perhaps her most outstanding campaign in 2015 was for Mango’s Fall/Winter 2015 Show at the 080 Barcelona Fashion Week. Here, Barros dazzled in black and white outfits that looked like they were straight out of the rock ’n’ roll-inspired ‘70s. While this fashion show is not the same calibre as those of Paris, Milan or New York, it shows Barros’ ability to show off her beauty in a variety of labels.

In 2014, Barros told Al Arabiya’s Simo Benbachir her favourite designers Karl Lagerfeld and John Galliano — whom she has walked for — as well as Alexander Wang. During this same interview, she revealed her flawless skin was due to a combination of applying sunscreen on a daily basis and a clean, healthy diet.

Barros got engaged January 2015 to Egyptian businessman Karim El Chiaty during their holiday in Trancoso, Brazil, posting the photo on Instagram. Her sister, Patrícia, is also a model and has more than 21 000 followers on Instagram.

A post shared by Ana Beatriz Barros El Chiaty (@anabeatrizbarrosofficial) on Jan 21, 2015 at 5:53am PST 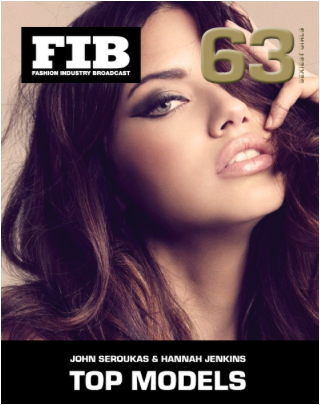