Boy band N*SYNC today lost their Billboard record of Most Albums Sold in a Single Week, as Adele’s new album, 25, knocked them out of the park with almost double their sales. In the week that it was released, 25 has sold 3.38 million copies. It is the fastest album ever to sell 1 million copies in the UK, as well as the fastest album sold in the UK ever, stripping band Oasis of its record. 25 also has had the most digital downloads in one week, was the most streamed song in Spotify history, and the ‘Hello’ music video had the biggest YouTube debut of 2015.

Adele generated huge media coverage of the album leading up to its release, appearing on the Jimmy Fallon Show and SNL, performing both ‘Hello’ and ‘When We Were Young’ to the SNL crowd. Her biggest stunt was competing, disguised, in an Adele impersonator competition on the Graham Norton Show.

25 follows albums 19 and 21, both of which were also extremely successful, with the latter landing Adele in the Guinness Book of Records for being the first female artist to have two singles and two albums simultaneously in the UK Top 5, and as the longest number 1 album by a solo female artist in both the UK and US charts. 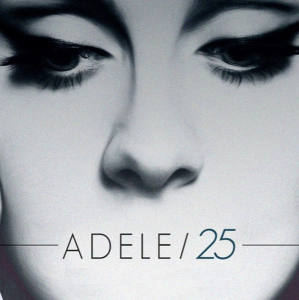 The singer has announced tours in the UK, Ireland and Europe beginning in February 2016, and an Australian tour later in 2016 with dates to be confirmed.