Tina Arena’s acceptance speech to the ARIA hall of fame last week highlighted the issues females are faced with as they age in the music business, and Hollywood in general. Shining through this adversity are women who refuse to conform, paving the way for a new era of Hollywood film and music.

When Tina Arena accepted her induction into the ARIA Hall of Fame, she had something special to say. The iconic Australian singer wanted to raise awareness that females in the music industry have a use-by date that she was not willing to follow. In her speech, Arena sought to remind Australia that women over 30 and 40 years of age are still worthy of a career in show business, name dropping Kylie Minogue, Madonna, Jennifer Lopez and Annie Lennox – artists that are aging, but who still have immense talent and messages to spread.

Comedian and Triple J presenter Matt Okine had the same concern when he accepted his ARIA Award for ‘Best Comedy Album’. Saying it would be a wasted opportunity not to point out the lack of female featured artists and nominees for various Award categories, including his own, Okine received a huge applause and an overwhelming response on social media, though his speech was not aired in the ARIA Awards broadcast on TEN. In an interview backstage, Okine defended his opinion:

“Now I feel silly and judged about it … but I feel like, what am I supposed to do? Be passive about it? [Speaking up] is absolutely necessary…I think a lot of guys my age, you think you’re doing enough by not doing anything bad. I don’t hit women, I don’t discriminate.”

Arena’s message was to “Keep doing what you’re doing, ladies, because we will decide when it’s time for us to stop.” She was talking particularly to radio presenters, urging them to continue to play their music. “I do believe radio has been a bit ageist,” she said. “Who decides in radio a woman at a certain point in her life is not valuable?”

This is a question haunting all women of Hollywood, in the music and film industries alike. Between 2008 and 2014, all female artists with #1 songs on the Billboard Top 100 were 26 or younger. According to InStyle Magazine, even hugely successful singers like Taylor Swift worry about their future in music, as they look at the dwindling list of female singers over 30 that have maintained relevant careers. Swift mentions Jennifer Lopez and Gwen Stefani, but is unable to name any others. We can add Australian singers Kylie Minogue and Tina Arena, of course, and who can forget Madonna or Beyoncé, or Mariah Carey?

The same can be said for the film industry. Australian actress Rebel Wilson was the center of a scandal in May of 2015, when it was revealed that she was not 29, as her IMDb profile said, but 35 years old. Many actresses, like Wilson, are inclined to lie about their age, simply to be deemed appropriate for a certain role, for example, to allow Wilson to portray a college senior in Pitch Perfect 2 earlier this year.

Ageism is in some ways more recognizable in the film industry, simply because it is a visible medium. the James Bond franchise is notorious for casting younger and younger actresses to play Bond’s love interest. While current James Bond actor Daniel Craig is 47, and past Bonds Pierce Brosnan, Roger Moore and Timothy Dalton were 49, 58 and 45 respectively, the average age of the “Bond girl” is 29. On being asked about this trend, actress Helen Mirren said

“It’s ridiculous. . . . So annoying. . . . We all watched James Bond as he got more and more geriatric, and his girlfriends got younger and younger. It’s so annoying.”

There have only been three exceptions to this rule, including the newest James Bond film Spectre, in which one of Bond’s love interests is played by 51 year old actress Monica Bellucci. The inclusion of a “James Bond lady,” as Bellucci called herself, was well received, as James Bond finally seemed to move into the 21st Century.

Despite many similarities, the film and music industries have vastly different pasts that affected when and how they are respectively ageist.

Within the music industry, the idea that a female artist has peaked by the age of 30 is relatively new. Tina Turner’s tour of 1985 was a performance of enthusiastic, scantily clad dancing and singing, and Cher’s barely-there costume for her music video of If I Could Turn Back Time in 1989 was highly successful, in spite of the fact that Turner was 45, and Cher was 43 during their respective performances. How much has changed to make telling Mariah Carey to cover up now that she is out of her 20s, or for 540 000 people – yes, you read that right, 540 000 – to complain to the US Federal Communications Division about Janet Jackson’s accidental nip-slip at the 2004 Super Bowl, almost ending her career, acceptable?

The history of ageism in Hollywood films is unfortunately, but unsurprisingly, a vastly different story. According to BuzzFeed, it has always been prevalent in Hollywood. Take their example of 1930s actress Mae West. Similar in features and personality to Rebel Wilson, West allowed the public to assume that she was aged in her mid-30s, whereas in truth she was 42 years old. When the scandal emerged many were outraged, as it was not considered appropriate for a woman of that age to be seen as a sex symbol. Compare this attitude today today, and it is as if the 1930s were only yesterday.

It is no wonder that many female artists choose to hide their age, but times are changing. Today there are many more actresses and female artists willing to challenge the status quo and define their careers not by age, but by their life goals and career quality. Meryl Streep is known for her vocal defiance of ageism in Hollywood. On turning 40, the iconic actress was outraged to be almost immediately offered three roles playing witches because by industry standards she was ‘old’. It was a shock after playing the love interest, the leading lady, for so long. In the 26 years since this incident, Streep has proven that she is willing and capable of continuing her career far past her ‘expiry date,’ leaping from height to height in major roles over a diverse array of genres, being awarded an  Academy Award and five Golden Globes off eleven and twenty-two nominations respectively.

Back to where it all began, at 48 years young there is simply no stopping Tina Arena. Her 40 year career, 10 studio albums, and 6 ARIA Awards, including ‘Album of the Year’ in 1995, for which Arena as the first female artist to win, are a testament to the worth of the quality of the artist over their age. Likewise, as seen in FIB Masters of Music Vol 23: Legends, Madonna refuses to allow time to made her redundant, as she continues to reinvent herself depending on the angle her life, or her music, takes.

One thing is certain; the women of Hollywood will not be putting away their microphones, or setting down their scripts any time soon. 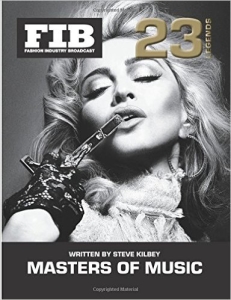