The 2015 ARIA Awards were held in Sydney on November 26, and as is becoming the trend with A-List events, there were several prominent themes: glamorous red carpet appearances, a minority of artists taking home the majority of big awards, and several speeches highlighting a social issue, to make a call for change. The overwhelming theme, however, was giving artists recognition for their work, and it truly made for a wonderful celebration of Australian music.

Artists came from around the globe, sweating it out on the red carpet before heading in to the Star Event Centre to begin the awards. There we saw the first performance of the night, as ‘Song of the Year’ nominee Nathaniel performed. Surprisingly, the event was not streamed live this year, meaning that many awards were given before it aired on channel TEN.

Dominating this year’s Awards were undoubtedly West Australian psychedelic rock band Tame Impala and Victorian singer/songwriter Courtney Barnett. Tame Impala won the coveted ‘Album of the Year’ Award for their no.1 album Currents, as well as the awards for ‘Best Group’ and ‘Best Rock Album’. Front man Kevin Parker also picked up two Artisan ARIA Awards for ‘Producer of the Year’ and ‘Engineer of the Year’, bringing the band’s haul to 5, closely besting Courtney Barnett. Not to complain though, the singer/songwriter crossed live from London to accept an impressive 4 awards from 8 nominations, taking out ‘Best Female Artist,’ ‘Breakthrough Artist’ and ‘Best Independent Release,’ and the Artisan ARIA Award for debut album Sometimes I Sit And Think, And Sometimes I Just Sit.

Though it seems like there are no awards left to win, some other artists left with an accolade or two. Vance Joy was named ‘Best Male Artist,’ Conrad Sewell was awarded ‘Song of the Year’ for Start Again, Seth Sentry got ‘Best Urban Album’ for Strange New Past, Jarryd James won ‘Best Pop Release’ with Do You Remember, and C.W. Stoneking won ‘Best Blues and Roots Album’ with Gon’ Boogaloo. Ed Sheeran received the inaugural ARIA Diamond Award for selling more than half a million copies of his album X, and One Direction won ‘Best International Artist’ ARIA Award for a record breaking 4th consecutive year. 5 Seconds of Summer were visibly overjoyed when they crossed live from LA to find out they had won ‘Best Australian Live Act’.

Triple J announcer Matt Okine was the winner of ‘Best Comedy Album’ for Live at the Enmore Theatre, and made waves when he used his acceptance speech to expose the severe lack of female performers and nominations at this year’s ARIA Awards.

As usual, the Awards ceremony was punctuated by amazing performances by various nominees. Flight Facilities’ performance of Crave You (Ft. Owl Eyes), combining orchestral music with electronic beats was captivating, while Conrad Sewell’s mashup of songs Firestone and Start Again showed us exactly why he won the ARIA for ‘Best Song’. Peking Duck gave a dynamic performance of Take Me Over (Ft. SAFIA), and Hermitude got everyone dancing in their seats with The Buzz (Ft. Feat. Mataya & Young Tapz).

Indisputably, however, the most powerful performance of the night goes to Tina Arena. The ARIA legacy sang her song Chains, accompanied by the Veronicas and Jessica Mauboy in the only all-female performance of the night. She was then inducted by Kylie Minogue into the ARIA Hall of Fame. Beginning her singing career as a child on Young Talent Time, Arena has won 6 ARIA Awards and released her newest album, Eleven, in October. As a veteran of the music industry, Arena chose to use her ARIA Hall of Fame speech to highlight the ageism and sexism faced by her and by other aging female artists.

With that, it was over! The ARIA Awards of 2015 was a night of celebration, of recognition for the huge array of talented Australian and international artists whose songs we sing along to through the radio, online, and at live performances. With a talented array of artists always emerging, it will be interesting to see what next year’s awards bring. 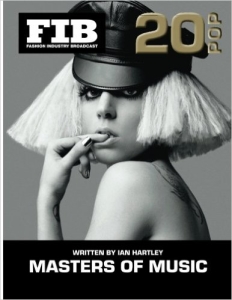