As films flood into cinemas these next two months, Academy Award contenders will arise, and naturally, blockbuster flops will be the cringing balance. While some are not as excited for the Star Wars sequel (The Force Awakens), here are some films that need to be paid close attention leading into this copious-movie-watching holiday season.

Gracing cinemas early December, In the Heart of the Sea stars Australia’s own Chris Hemsworth, and is directed by Academy Award winning Ron Howard. Based on Nathaniel Philbrick’s 2000 historical novel, the film is set during the sinking of the American whaling ship Essex in 1820 (that also inspired the classic story of Moby Dick). During this nautical epic, all turns to turmoil when a raging bull sperm whale demolishes the ship, leaving the crew shipwrecked at sea for three months.

Howard has reported the difficulty of shooting one hundred crew members with ten boats in the rough waters of the Canary Islands.

Hemsworth plays character Owen Chase, the first officer of the ship, along with Benjamin Walker as Captain George Pollard Jr. InqPop! tells us what Hemsworth thinks about his latest film:

“I loved the script from the start. In the Heart of the Sea is about heroism and people being tested beyond their limits in absolutely every way. I was also captivated by the psychological thriller aspect of the whale turning the tables on them. There is something incredibly mysterious about how this animal is portrayed—why the whale goes on the attack, which was unlike anything the Essex crew had ever encountered. The hunter becomes the hunted.”

Undoubtedly one of the most anticipated films, not only of December, but of this year – David O. Russell’s Joy (in cinemas Boxing Day). The familiar combination of Jennifer Lawrence, Bradley Cooper and Robert De Niro – who co-star in Academy Award Winning Silver Linings Playbookn(2012) and nominated American Hustle (2013) – join forces again to bring an inspiring ‘rags-to-riches’ tale to life.

Based on the life of Joy Mangano, the film follows a young woman who overcomes hardship to rise to the top: a divorced mother of three becomes the matriarch of the billion dollar Miracle Mop empire. Lawrence explains her character “had a fire and gift that she had buried for 17 years”.

Joy is very much a story about survival. 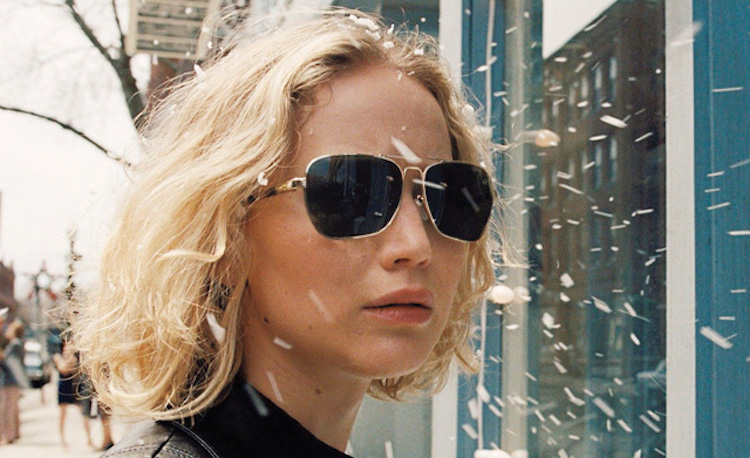 Playing small but vital roles, De Niro is cast as Joy’s idle father and Cooper’s character, a QVC executive who aids Joy through her journey.

Now Lawrence’s third film with Russell, she confirms their relationship will continue to flourish. At a Q&A following a screening for Joy in New York (Saturday, November 28), she stated:

It is clear why Oscar Buzz is already circulating for Joy, and moreover, appears Russell is set for another artistic success.

The dynamic comedic duo Tina Fey and Amy Poehler meet again in the upcoming film Sisters (previously The Nest), set to be released January 7. Directed by Jason Moore (Pitch Perfect), and co-produced by Fey herself, the film is centred around two estranged sisters who return to their family home for one last hurrah before the parents sell the house – they clean out their childhood rooms and throw a raging high-school party. The Mean Girls and Baby Mama stars play polar opposite’s in the film: Fey’s character, an aged party-girl and, Poehler, her uptight, divorced sister.

The love affair between Fey and Poehler is no secret to SNL and 30-Rock fans. The two met whilst taking improv classes in Chicago in 1993. Poehler explains to Glamour Magazine:

“The older you get, the more you treasure that idea of someone knowing your family and where you came from and being around during these time. Tina and I, we don’t have any sisters, so we’ve rented them”

There is little doubt that Sisters will have the audience defeat with laughter. 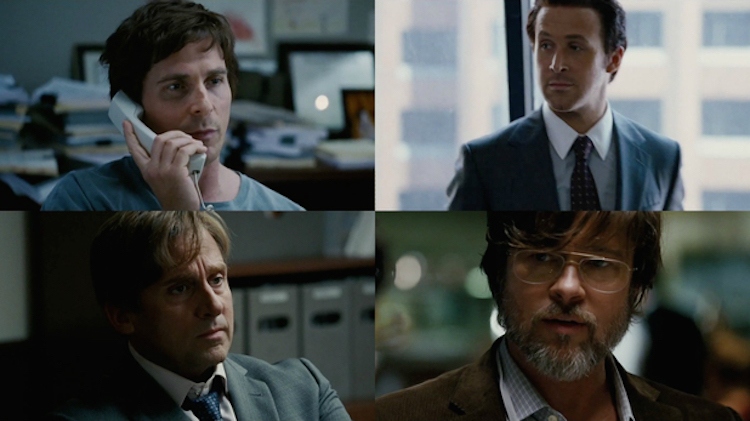 At a Q&A after the screening of the film in Manhattan, Pitt explained that The Big Short “Is a story that needs to be told because nothing has changed”.

The biographical film – based on the book The Big Short: Inside the Doomsday Machine (Michael Lewis, 2010) – revolves around inception of the economic solution, The Big Short. Set during the 2007-2010 Global Financial Crisis, four outsiders work together to overcome the failure of the the big banks, only to find themselves in a foreign world of danger and corruption.

The Big Short should be required viewing for every mortgage and banking professional in America, and maybe every high school civics class, too. It is a direct, frontal assault on the bogus claim peddled by Wall Street and conservative media that poor people and irresponsible borrowers were to blame for the housing crash and the resulting chaos.”

There is much conviction The Big Short will join Joy in the Academy Award race for Best Picture of the year.

The Big Short is out in cinemas January 14.

Tarantino enthusiasts would have been waiting patiently for the legendary directors next tastefully violent extravaganza. Next month, The Hateful Eight will premiere. 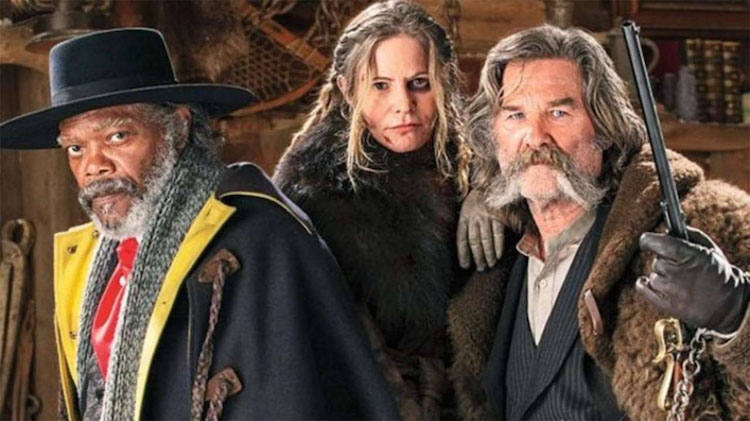 The visual array of cowboys and bounty hunters is accompanied by the soundtrack composed by the legendary Ennio Morricone.

The Academy Award Winning Director is no stranger to creating waves in the cinematic world, and this time around is not different: Tarantino’s insistence that The Hateful Eight be shot and viewed in 70mm manifests his mastering of the exact way he wants the world to view his film. Drew McWeeny of HitFix clarifies:

“Tarantino has placed on the 70MM presentation of the movie. After all, he went out of his way to work with Panavision to shoot in a real Ultra Panavision format, and it is so important to the way Tarantino wants the movie seen that he designed an entire special roadshow experience for the 70MM prints of the film.” 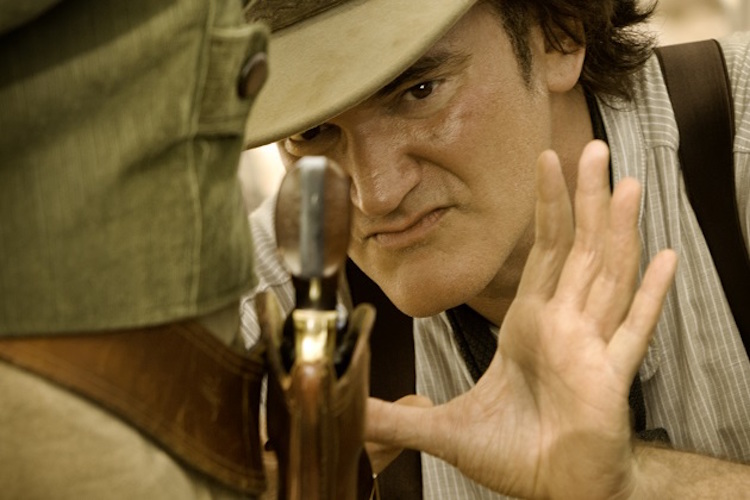 Tarantino tells the The Inquirer:

Debuting on January 21st, Tarantino’s attempt to salvage the art of the cinematic experience is something not to be missed by the cinephiles of today.

Which film are you most excited to see this summer?