It is a true art to simultaneously embody sexiness and grace, but somehow Miranda Kerr achieves it every day with ease. The Aussie beauty’s enduring beauty has led to an extremely successful career, leading to the launch of her own empire and a place on our Sexiest Girls list.

Born in Sydney, Australia, and raised in the country town of Gunnedah, Kerr had little exposure to fashion. She began modelling after winning Dolly Magazine’s 1997 model search competition. The Australia teen magazine was initially criticised for their choice as Kerr was only 13 at the time, and her cover and editorial featured her in a swimsuit. Kerr was quick to quash the criticism, saying that the magazine’s adolescent female audience was not sexualising her photos. Shortly after winning the competition, Kerr moved to Brisbane and subsequently New York to further her career in 2004, fronting Italian Glamour and making her runway debut in New York at the fall Heatherette show. In 2006 Kerr signed a cosmetics contract with Maybelline and became the spokesperson for Victoria’s Secret. Kerr first walked the Victoria’s Secret Fashion Show in the same year, and 2007 made history by becoming the first Australian Victoria’s Secret Angel, replacing Gisele Bundchen. 2008 saw Forbes name Kerr as the 10th highest earning model after earning 3.5 million, and by 2013 reached second on the list.

The model is known for her adaptability, seeing her comfortable in a lingerie shoot, walking a high fashion runway, and modelling ready-to-wear designers. Over the years, she has modeled for swimsuit brands Tigerlily, Roxy, Billabong Girls, and One Teaspoon, QANTAS airline, Maybelline Cosmetics, and magazines Vogue and Marie Claire among others. Kerr was featured in the 2010 Pirelli calendar, and remained a Victoria’s Secret model until 2011, when she could no longer commit the time necessary for the demanding role. She continued to walk in the Victoria’s Secret Fashion Show until 2012.

The personal life of the Aussie babe was continually in the spotlight as she became involved with Hollywood star Orlando Bloom. Not one to flaunt the relationship, the two were married in secret in 2010, with a pregnancy announcement to follow one month later. Kerr made history again as the first pregnant model to cover Vogue Australia, challenging the world’s perception of pregnancy and modelling. Kerr named her son Flynn as her greatest achievement, and two months after his birth in January 2011, Kerr was back, walking for Balenciaga in Paris Fashion Week. In November of 2011 she featured in an editorial for Harper’s Bazaar, her first nude shoot since giving birth. The stunning photos showed off Kerr’s curves and led the way for a spectacular return to modelling. During 2012-2013, Kerr covered Cosmopolitan Netherlands, Croatia, Sweden, Singapore, and Hungary, Marie Claire Australia, Ukraine, and Romania, Elle Vietnam, Korea and Indonesia, Vogue Australia, Korea, Turkey, and many more. She was the face of David Jones for five years, but did not renew her contract in 2013, choosing to move on with her career.

Kerr has continued to expand her career beyond modelling in several other pursuits. Known for her positive attitude and belief in the importance of living life to the fullest, she has released two self-help books entitled “Treasure Yourself: Power thoughts for My Generation,” and “Empower Yourself,” aimed at inspiring young minds to make and achieve their goals. Kerr also started her own line of teacups called Royal Albert, and beauty brand KORA Organics, which she sites as the cause of the flawless complexion we all envy.

Kerr’s biggest feat since leaving the VS Angels is undoubtedly her repeat position as the face of Swarovski. She first appeared in the 2013 ad campaign, and remains the face of the brand today. Recently, Kerr announced her own range of jewellery in collaboration with Swarovski, featuring delicate designs and charms that, according to Kerr, symbolise “a blessing or a wish.” 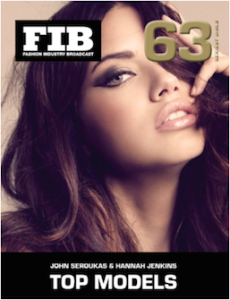