Her looks are reminiscent of 1950s pin ups, with the curvy physique to match. Her fame reminds us of the fast paced, online world in which we live. Kate Upton, of course, is the blonde bombshell taking modelling by storm. Her self-assured sexiness and dedication to spreading her message of clean eating and defying industry body standards, Upton most definitely gets a place in our Sexiest Girls volume.

Upton’s start in the modelling world was unorthodox, but clearly effective. While most with dreams of breaking into fashion begin with competitions, casting calls and minor photo shoots, moving up the ladder of editorials and small campaigns until, noticed by a more established designer, they break into high fashion, Upton broke stereotype by starting out as a swimsuit model. Upton began modelling in 2008 when she signed with Elite Model Management, but really broke into the scene in 2011 when she featured in the body paint section of the Sports Illustrated Swimsuit Issue, and was named Rookie of the Year by the magazine. Contracts with Beach Bunny Swimwear, Complex, and Esquire bolstered Upton’s reputation as the swimwear model wanted by every publication, as she was named Esquire’s “Woman of the Summer” in the same year. In 2012 she fronted GQ magazine in a red, white and blue bikini, making full use of her curvaceous advantages, and in 2014, after truly establishing herself as one of the world’s top models, Upton switched to IMG Agency.

Born in Michigan on June 10, 1992 and raised in Florida, Upton never had any intention of breaking into high fashion. Before scaling the ladder of swimsuit modelling, she did campaigns for Dooney and Bourke, and Guess. According to Vogue, Upton credits her swimsuit success to her upbringing. Living ten minutes from the beach, the swimsuit was a staple of her wardrobe, and reaching the top of the swimsuit modelling world was originally Upton’s sole goal. Upton reached that peak in 2012 when she fronted Sport’s Illustrated Swimsuit Issue with other Beach Bunny model Irina Shayk, and made history in 2013 when she became the second model ever to front the magazine’s swimsuit issue twice consecutively. When moved to the back over of the magazine’s 2014 issue, Upton made headlines again for her zero-gravity photo shoot – now that’s reaching new heights!

With all her success in swimsuit modelling, Upton would have faced more difficulty breaking into the major leagues if not for her enormous social media success. Her 2012 video of dancing to Cali Swag District’s “Teach Me How to Dougie” at a Clippers game has been watched over 4 million times, and her subsequent Cat Daddy dancing video reached over 25 million views. Upton has over 900 000 Twitter followers, is a regular user of the Vine app, and in 2012 was more searched on Yahoo than Kim Kardashian! Her social media profile is what brought Upton to the attention of Victoria’s Secret. VS influence Sophia Neophitou denied that Upton would ever feature in a Victoria’s Secret campaign, but Editor in Chief Stephen Gan appreciated the model’s diversity in an industry overwhelmed with the same physique, featuring Upton in its 2014 catalogue.

Upton’s career escalated to high fashion in 2013, when she received cover shoots for various Harper’s Bazaar, Vogue, and Elle magazines. In 2013 she received the honour of fronting Vanity Fair’s 100th Anniversary Issue, Model of the Year by Style, and named “The Hottest Supermodel on Earth.” 2014 saw Upton named People’s Sexiest Woman Alive.

Upton has fronted Vogue Italia, Spain, America, and Britain, Elle France, GQ, GQ Italia, and GQ Germany, Muse Magazine and Jalouse. She has featured in editorials for Harper’s Bazaar, V Magazine, American Vogue, and Vogue Spain, just to name a few, and did a shoot for the MET’s “Schiaparelli and Prada: Impossible Conversations” Exhibition Catalogue. Upton has been the face of Sam Edelman, Guess, Dylan George. Despite initial doubts about her size, Upton’s confidently curvy physique proved to be one of her best assets, and her resume is only getting longer as time goes by.

Upton has experienced substantial success outside of modelling in the areas of sport and film. As 5 time national equestrian champion for the American Paint Horse Association and co-star of hit movie “The Other Woman”, with other credits including the Three Stooges to her name, is there anything Kate Upton can’t do? 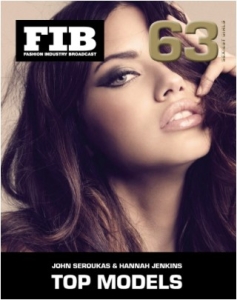