Making the debut at Milan Fashion Week, Hari Nef has become the first transgender model to strut down the runway at the Gucci Fall 2016 Menswear in Italy.

On the one side, Gucci’s formidable signature is always blurring the lines between feminine and masculine. On the other side, Hari Nef with her androgynous look has been pushing the fringes of gender-blurring in the world of fashion ever since being signed up with IMG Worldwide last year. So having the Transparent star making this debut for Gucci just seems like an evidence. 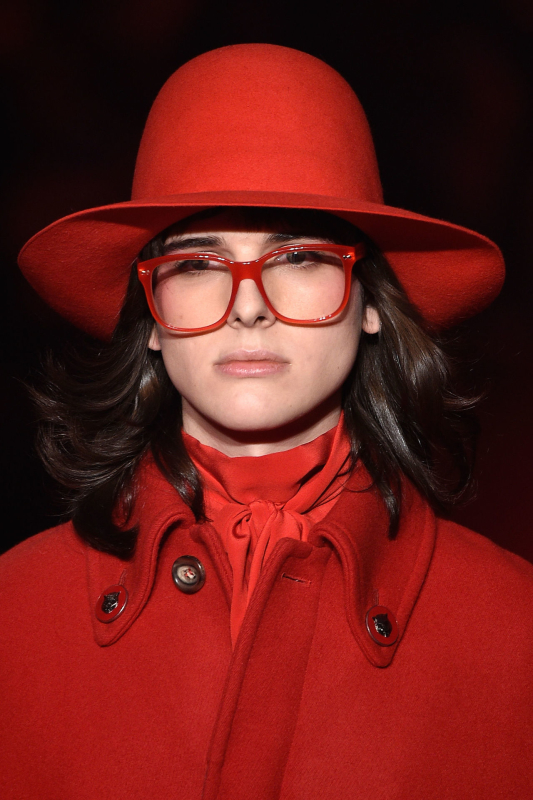 Pairing up with Gucci’s Creative Director Alessandro Michele, one of the biggest names in terms of up-comers, for the Gucci Fall 2016 Menswear is another turning point for Nef.  This menswear collection by Michele is a gender-neutral, 70s- inspired vision. Michele has also given Nef the reigns to the fashion house’s Snapchat account.

“He’s a great guy and he sees people, he sees characters…he doesn’t really see a lot of the labels. To work with the team has been a joy. I can genuinely say it’s been amazing.”

Nef strutted the catwalk for the first time in Europe in an all red lipstick ensemble appearance with a bucket hat, bell-shaped wool cape-clad coat, straight-cut trousers, oversized sunglasses, statement rings and pilgrim shoes. This look can be seen as a combination of a couture, Edwardian costume and a ready-to-wear piece. Sticking to the fashion house’s signature, Nef is the very archetype of Gucci’s gender-fluid vision. 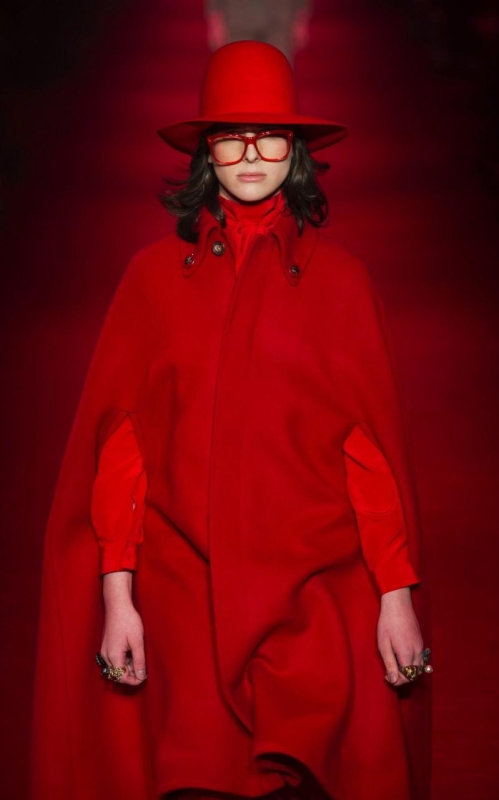 Nef always strived to be recognised by her gender-identity. By stealing the limelight in mainstream and social media, she has placed the trans-gendered community on a special pedestal and has become the first stepping stones for future of gender-neutral fashion.

“I never saw this moment take root… I didn’t pre-exist this moment. I think I might be a product of it.”

From this runway, we can expect many exciting ventures from the activist, the actress and the model, Hari Nef.

Being a woman is an option, being trans is an option, and they’re options that appeal to me. We need to listen to people, not labels, not semantics.