After a year of outstanding new music releases, the 2015 Triple J Hottest 100 is almost here! Traditionally released on Australia Day, the countdown will remind us of the tunes we loved the most over the past year, with a mixture of veteran and emerging artists hoping to gain a place. 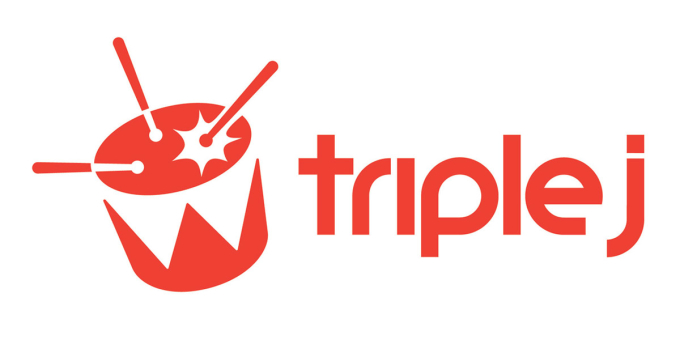 The Hottest 100 is one of the most anticipated music events in the word. Last year’s countdown was voted for by more than 2 million people spanning 188 countries. Australia dominated with 59 songs, but songs from 9 other countries made the cut, primarily from the USA, Europe, and the UK. The ABC describes the Hottest 100 as “the world’s greatest musical democracy,” which is proven in the diversity of songs included. Last year the number of songs by solo artists and groups were almost evenly split, with 41% and 59% respectively. It was the first time in the Hottest 100 for 35 artists, 17 songs had a featured artist, and four were covers, predominantly drawn from the Like a Version segment of Triple J’s Friday radio show. Even participants were relatively even, with 48% of voters female and 52% male.

With a predicted increase in voters for the 2015 countdown, there are several artists tipped to make the Top 10:

After a fantastic year of new releases, Jarryd James could repeat Chet Faker’s success in the Top 10, with single Do You Remember tipped to take the No. 1 spot, and more recent single Give Me Something also expecting a Top 10 spot.

Alongside Jarryd James in vying for the top spot is Major Lazer and DJ Snake’s ‘Lean On’, a highly popular dance song released in early 2015. The song’s presence for the majority of 2015 increases its chances, and newer tracks are often faced with difficulty in gaining enough attention and recognition by voting time. Lean On would be an ideal No.1 song, as it’s upbeat dance vibe makes it the perfect finale for the Hottest 100.

Winner of several 2015 ARIA Awards, including Best Album, Tame Impala is a likely contender for the countdown. ‘Let It Happen’ from album Currents is the tipped placer, as the psychedelic rock/pop band’s somehow simultaneously upbeat and relaxed vibe attracted praise from every direction.

The punk rock singer’s standout year makes a place in the Hottest 100 from album Sometimes I Sit, and Think and Sometimes I Just Sit all but inevitable. Her laid back attitude and lyrics about the mundane elements of life are a breath of fresh air among other contenders, making for memorable performances and hit songs guaranteed a place on the countdown, including single ‘Pedestrian at Best’.

Social media made sure that the world knew about Drake’s single ‘Hotline Bling’. Regardless of whether listeners were laughing at the music video or involuntarily learning every word of the catchy and constantly played song, it’s undeniable that ‘Hotline Bling’ is a strong contender for a place in the Top 10, if not the Top 5.

Weeknd’s hit song ‘Can’t Feel My Face’ had every listener tapping their toes and by sheer airtime alone is guaranteed a spot in the Hottest 100, most likely in the Top 10. Perhaps it is the ease with which one can sing along, the dramatic shift from the first verse into the chorus, or the smooth synth sound underlying the whole song, but it is no doubt this song will be remembered as one of the great singles from 2015.

Florence and the Machine

A Hottest 100 veteran, Florence and the Machine has appeared somewhere in the mix, usually multiple times, every year since 2009. This year their songs ‘What Kind of Man’ and ‘Ship to Wreck’ are tipped to gain a place, with at least one expected to make the Top 10.

The Rubens’ 2015 album Hoops was extremely well received, with everyone singing along to singles ‘Hoops’ and ‘Hallelujah’. The album, while sticking to the same alternative rock style, was an obvious maturation of their song writing and musical skills, inviting the listener to sing or dance along with a focus on more upbeat tunes than previous singles, including their 2013 song ‘My Gun’.

Other bands expecting a place in the Top 10 or 20 include Peking Duk, with ‘Say My Name’, Of Monsters and Men, with ‘Crystals’, Alpine, with ‘Foolish’, and Rudimental, with ‘Never Let You Go’. Often, however, more than one underdog finds a place near the top. Vance Joy’s win with ‘Riptide’ in 2013 was the first Triple J Unearthed winner to take out the top spot, and in the same year 3 other virgin Hottest 100 artists made the Top 10 to prove that musicians don’t have to be veterans of the countdown to see success.

The beauty of Triple J’s Hottest 100 is that it sheds light on the underdogs; the bands at moderate stages of success that need a slight push into the spotlight. This year, there are several bands hoping to see a spot in the countdown.

Not yet as established in Australia as in the UK and US, Leon Bridges is an enormously talented artist from Texas, USA. In 2015 he won the prestigious SxSW award, and from there his fame has only risen. His soulful, varied album transports the listener back to the 1960’s and 70’s, making you twist and shake to his more upbeat songs, and tearing your heartstrings during the ballads. Singles ‘Better Man’ and ‘Smooth Sailing’ could both gain a spot in the Top 100.

This jazz-funk ensemble narrowly missed a spot in the Top 100 of 2014, appearing instead in the Top 200. After a year of touring in 2015, and a whole new album released in June, the band hopes to make the Top 100 with single ‘I’ll Be Fine’, which emulates the sultry, sassy, funk vibe that makes Sasquatch unique.

While we can make predictions now by reflecting on the songs that seem to have been most popular, or that resonated most with us in the past year, it is nearly impossible to accurately predict any of the Hottest 100 winners. The best way to ensure your favourite artist makes the list is to vote for them. So make sure you have your say in the biggest music poll of its kind in the world, and vote in the Triple J Hottest 100 before it’s too late!