The Revenant is a fantastically brutal and intense journey that immerses the viewer like few films before it, but it may have become too caught up in it’s own importance.

Directed by the award winning Alejandro González Iñárritu of Birdman fame, The Revenant echoes that film in a brilliant and furious opening sequence as the camera takes the audience on a ride that traverses through a battle scene like a fly buzzing in and out the action. It’s tremendously well shot and edited and sets the scene for many instances of the same ilk throughout the considerable but worthy runtime of the movie.

Starring three men of the moment, Leonardo DiCaprio, Tom Hardy, and Domhnall Gleeson, The Revenant is essentially a tale of betrayal, survival, and revenge. Those three themes, both simple and complex, dominate a film that is starkly beautiful and frighteningly harsh. Hugh Glass, played by a terrifically silent but emotive DiCaprio, is a frontiersman, explorer, and fur trapper who is mauled by a mother grizzly bear and ultimately left for dead by his comrades including Fitzgerald, an almost unrecognisable Hardy, who hurts Glass in more ways than one. Basically an R-rated version of Man vs Wild the films greatest moments come when Glass has seemingly overcome the worst of his ordeal, only to strike greater barriers. He must battle horrific wounds, freezing weather and unforgiving terrain, hunger, and hostile Indian tribes to travel over 300 miles in his quest for vengeance. 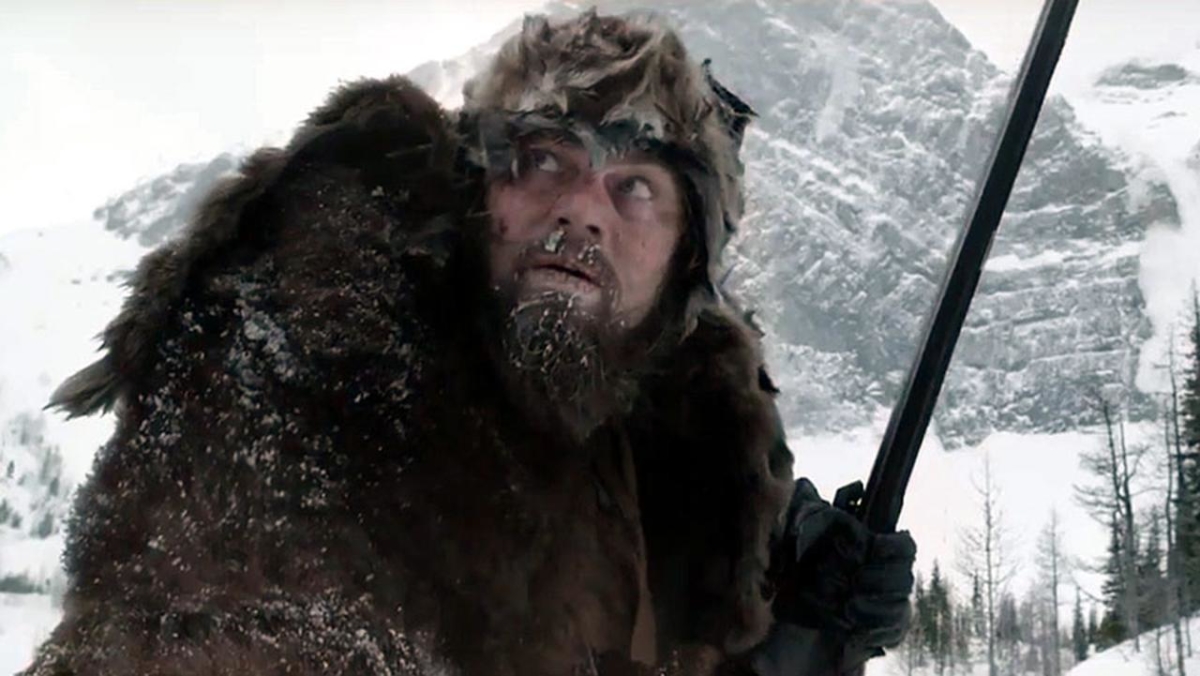 Knowing that a large bulk of the story is true lends itself to a sense of the extraordinary, capturing the imagination in a very visceral way. Glass has some powerful motivation as he’s haunted by memories of loved ones, but some of the punishment he endures verges on the ridiculous. The intensity of the sound, cinematography and acting are a mighty triumph. As a cinematic experience there’s no doubt The Revenant is worthy of the award nominations it has received. 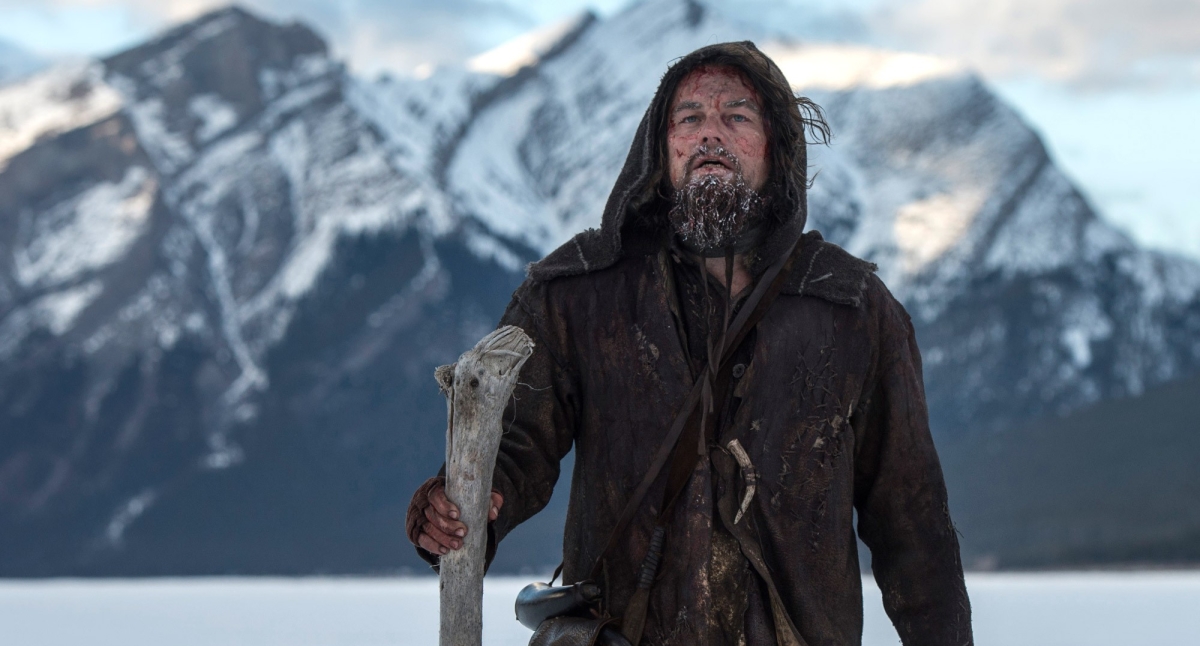 However it’s not perfect. For one it’s incredibly long, which could be described as epic or unnecessary depending what side of the fence you live on. It also becomes a little unimaginative as scene after scene ends with someone passing out and begins with someone waking up. It becomes so noticeable, it begins to irritate. Inarritu inserts a lot of symbolism, often via dream sequence, that doesn’t always seem essential or relevant. It’s as if he’s trying to load as much depth as he possibly can into a story that was already working as a finely focused survival/revenge tale. It’s this content that lengthens the film and mostly takes us out of the moment rather than further into it. It’s understandable that Inarritu included it and to some extent it works but not as well as he might have hoped.

Despite these flaws, the films is still a resounding success and should be seen on the big screen if you get a chance.