Macklemore and Ryan Lewis’ newest single White Privilege ll is a scathing indictment of their own success, the success of white artists, and continuing race inequality. 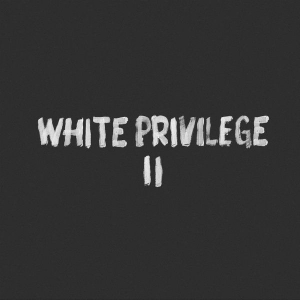 Though clearly well intentioned, receiving praise for calling out the issue within the artists’ own industry, the song has also been met with concern that it achieves the exact opposite of its intention – to give a voice to a minority. Instead, they say it is merely giving another white guy a pat on the back for talking about an issue for which he is an instrument of its continued existence. Admittedly, the song’s release was in the middle of a week of influential white males talking about race issues. Stephen Colbert hosted Black Lives Matter and civil rights activist Deray McKesson, giving the latter his chair to host the show and prove how uncommon it is for anyone other than a middle-aged white man to be in such an influential role. In the same week, Mark Ruffalo was criticised for supporting the Oscars boycott by Jada Pinkett-Smith and Spike Lee, but deciding to attend the event anyway. By White Privilege ll’s release date, people were sick of white men simply taking about race issues. That is the only way this song can be seen as a negative addition to the fight for race equality.

Depending on their career, each individual performs a certain role in society. As artists, Macklemore and Ryan Lewis’ role is to create music, to sing. They could write about the things mainstream pop seems to love right now – as he says in the song “guns and the drugs/The bitches and the hoes and the gangs and the thugs” – but instead have chosen to speak about a problem they can see in the world. It is not the first time either. Macklemore’s song “Same Love” discusses LGBT rights, and was released at a pivotal time in the gay marriage debate in the U.S. Does that make them heroes? No. But they are not claiming to be. This is how they feel they can best express their concern and make a difference to people’s attitudes.

Macklemore is largely derogatory towards his own success, asking how he can justify his own success drawing from the same system that let off Darren Wilson, the police officer guilty of shooting black teenager Michael Brown. He also was unafraid to name those he felt were guilty of race appropriation, including Miley Cyrus, Elvis, and Iggy Azalea, calling them fake, and saying they had “heisted the magic” of the hip-hop genre.

Hip-hop, as it says in the song, “has always been political.” The film “Straight Outta Compton” showed us that it is not just another genre of music but a form of activism, a call for change. One only has to look at the origin of hip-hop to find that it comes from the very minority Macklemore is rapping about. The most powerful moment of the song is his justification for writing it – his need to acknowledge the people and the history of their struggle which created the genre from which he built his illustrious career:

Hip-hop has always been political, yes
It’s the reason why this music connects
So what the fuck has happened to my voice if I stay silent when black people are dying
Then I’m trying to be politically correct?
I can book a whole tour, sell out the tickets
Rap entrepreneur, built his own business
If I’m only in this for my own self-interest, not the culture that gave me a voice to begin with

The difficulty with critiquing this song is that every argument one can make against it has already been made by Macklemore himself. The self-awareness of the lyrics accepts and calls out every hypocrisy, every double standard in the concept of condemning white people having a voice in the Black Lives Matter movement through song, and questions his right to support the issue as a person protected by the white privilege he slams. The song is made more powerful as Macklemore draws on his own experience marching in the Ferguson protests. He also manages to eloquently expose the very real contributor to race inequality that many do not like to hear: that they are part of the problem.

Damn, a lot of opinions, a lot of confusion, a lot of resentment
Some of us scared, some of us defensive
And most of us aren’t even paying attention
It seems like we’re more concerned with being called racist
Than we actually are with racism

Musically, the composition of the song reflects the title of its upcoming album “This Unruly Mess I’ve Made.” Stretching out to almost nine minutes, it is a commitment to listen from start to finish. Four rap verses, along with internal monologues, eerie chants, horn solos, disembodied voices and an outro that is sung are cobbled together using transitions that are disjointed and uncomfortable to listen to, but nonetheless keep the listener interested and entertained. They also lend focus to the lyrics, which stand far and above their accompaniment. As a pre-album release this song was a gutsy choice. Its unique composition and unrelenting cascade of disgust, both towards himself and white privilege in general, make it an incredibly subjective song that could make a huge difference in record sales when the album is released in February. In this instance, however, Macklemore and Lewis appear to be primarily concerned with spreading their message and they have achieved that goal. In the 4 days since it was released, the song has been listened to more than 1.2 million times.

Yes, this is a song about white privilege written and performed by a white male. Yes, there are many issues with the success Macklemore will receive from this song, and yes, the part of his fame derived from his skin colour is undeniable and unfair. The problems being raised in his lyrics about himself are real, and people that disagree with the song are justified. But it is also written with the intention of contributing, even slightly, to the Black Lives Matter movement and attempts to respectfully raise awareness while acknowledging his limits. People may disagree on whether “White Privilege ll” is good or bad, but regardless, they are talking about it, and that inevitably will lead them to talk about the problem of race inequality today. That seems like a positive.