In celebration of British Vogue’s 100th birthday, the National Portrait Gallery, London is presenting the major exhibition, Vogue 100: a Century of Style.

The exhibition will showcase the extensive range of photography commissioned by British Vogue over the years, beginning with the magazine’s launch in 1916. Over 280 prints from the Condé Nast archive will be on display, along with photographs from international collections.

“We can genuinely say he’s one of ours. He became our star photographer by the age of 23, capturing a certain indulgent recklessness of style until a year or so before his death in 1980.”

British Vogue went from a small publication to the pinnacle of fashion and style during the war years. It’s an integral part of British culture – even now, when the digital has thrown many print magazines under the bus, Vogue is still going strong. In an interview with the Guardian, Muir spoke strongly about the impact of the magazine.

“It is, contrary to popular opinion, not a fashion magazine. Vogue is about people, society and culture and how fashion, art, photography and literature play out within that.”

It is therefore only fitting that Vogue’s centenary year is being celebrated at London’s historic National Portrait Gallery. The NPG was founded in 1856 and houses portraits of over 200,000 influential British men and women, some dating back to the 16th century.

Author and fashion historian Bronwyn Cosgrave was features editor of British Vogue from 1998 to 2003. Vogue photography is something she has remained passionate about to this day.

“The photography in Vogue is always so original, so extravagant and so of its time. Vogue photographers show people how fashion relates to society and translates it for them. Whenever I got stuck writing an article, I walked into the art room to look at these awe-inspiring images, and thought: ‘That’s what I have to compete with.’ It raised my game.”

And now, audiences can walk into the National Portrait Gallery and experience the same sense of awe. The exhibition will run from February 11-22 May 2016. 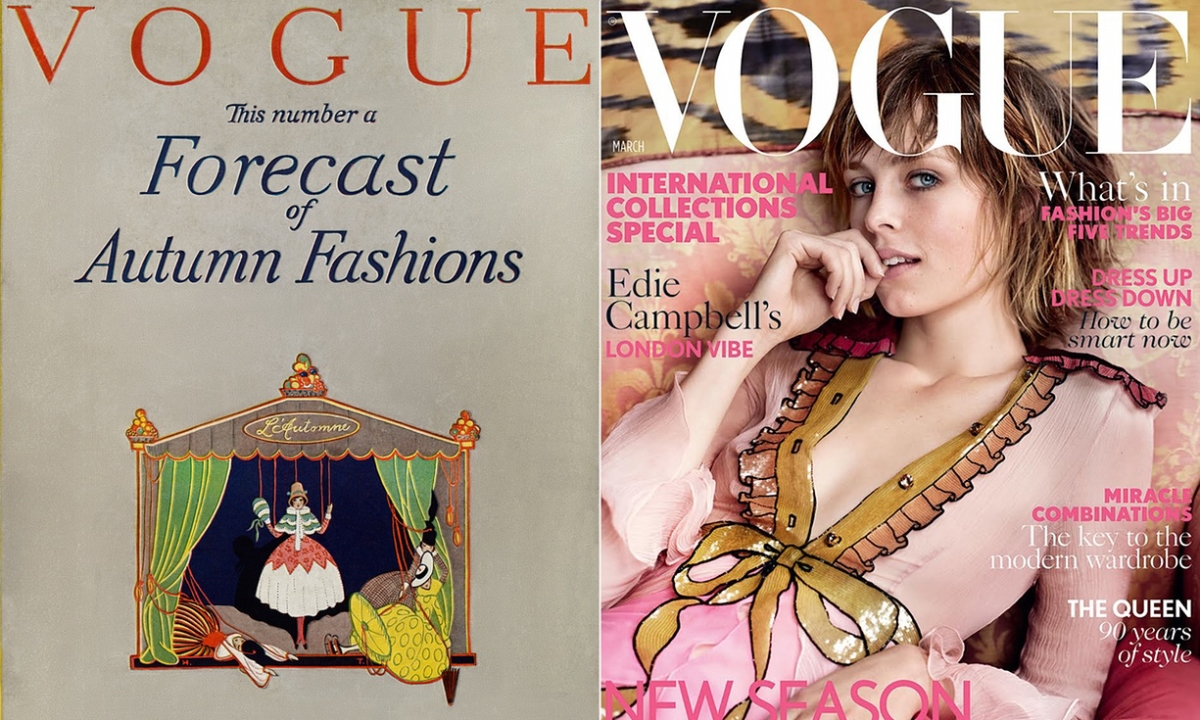