Sassy and sensuous, eerie and dreamlike, the sonic brilliance of indie-pop band The Jezabels was once again proven by the release of eclectic new album, “Synthia.” The ethereal, somewhat haunting synth and the intriguing vocals of Hayley Mary we have become accustomed to made a familiar and welcome return on February 12, boldly and unapologetically calling attention to female issues in their raw exploration of gender and identity with ten dynamic tracks.

In keeping with their style, “Synthia” is a dramatic, varied, and emotive album. It explores social issues important to band members, and aims to send a real message. Where it differs, in the case of “Synthia”, is its expression of these issues. Unlike “Prisoner” and “The Brink”, which were awash with metaphors and symbolism, “Synthia” is honest and straightforward. It is an obvious maturation of the band as a whole, and a technique that makes The Jezabels unique in their genre. Synthesisers throughout the album add layers to each track, giving it a sense of transcendence from worldly music. The result of raw lyrics and abstract arrangements is sublime. 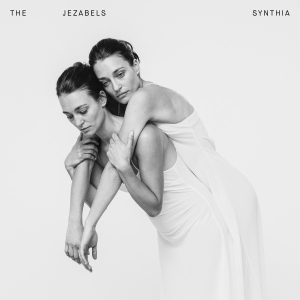 The name “Synthia”, according to singer Hayley Mary, was well considered before being chosen. Though Mary was not specific as to the reasons behind the name, it can be assumed that it derives from two key areas; Synthia is a female’s name, which befits an album that explores feminist concepts, and the first four letters of the name spell Synth, which plays a huge role in each and every song on the album.

Leading song ‘Stand and Deliver’ is an epic, almost eight minute song that instantly enthralls the listener. Mary effortlessly makes herself heard above layers of synth, fractured electric beats, a whispering cymbal, and the subtle but commanding drumbeat keeps the song moving forward. The rise and fall of the song matches her voice perfectly, cresting on her falsetto shrieks that hint at chaos while remaining completely in control.

Without letting the listener catch their breath, the second track, ‘My Love Is My Disease,’ is a huge jump away from ‘Stand and Deliver’ to a synth-rock vibe, with electronic undertones and Mary’s distressed vocals delivering the fast-paced song without rushing through.

Smile is the most poignant song in terms of the band’s exploration of feminist issues, as it enforces the “don’t tell me to smile” campaign against street harassment. Mary’s freely vents her frustration through the song, her smoldering voice self-assured and full of power. Potent lyrics like “for all you know I just buried my mother” call out the ludicrous act of strangers telling women to smile in public, an issue that is obviously close to the band’s heart.

In a socially aware album such as “Synthia”, speaking out about a usually taboo subject is obviously next on the list. ‘Pleasure Drive’, the official single of “Synthia”, is an unapologetically sensual, inviting discussion into female sexual liberty. The combination of synth and bass guitar, heavy, pounding drums and layers of percussion create an intricate, enthralling arrangement to explore the topic, and Mary’s raw, sassy vocals leave no one is doubt of her opinion of the topic. In an interview with Triple J, Mary discussed the song further, expressing her belief in the

With ‘Flowers in the Attic’ comes another mood change, as the dramatic ballad, infused with drawn-out keyboard and synth strings, exposes Mary’s, and by extension, female vulnerability. Perhaps the most emotional song on the album, the continuous rise followed by sweeping arpeggios make one consider an indie-pop Disney soundtrack, encapsulating the singer’s turning point, changing weakness into strength.

“Synthia”‘s final song, ‘Stamina’, presents the biggest challenge to Mary’s vocals. Required to sing with minimal to no music, her voice is an eerie, but powerful beginning to the second longest song on the album. ‘Stamina’ sends a final message to its audience, about the importance of finding one’s own identity before all else. The Jezabels once again show their partiality for rippling guitar, and strong percussion to hammer the song home.

Off the back of two highly successful albums, it is no surprise that Synthia surpassed all expectations. From echo-y eeriness, to ballad, to rock, The Jezabels have only risen from height to height, creating one piece of sonic art after another. Each song stands strong individually, each with diverse styles and techniques, yet come together with skillful fluidity.