Australian indie-rock band DMA’s’ new album “Hills End” embodies all the lovable traits of the ever growing genre – catchy tunes the are edgier than pop, but still enjoyable to bop along to. While their best songs remain those from past years, including masterpiece ‘Delete,’ the new songs in this album are solid additions to the band’s repertoire, guaranteed to sell records and energize a crowd.

“Hills End” is guaranteed to earn DMA’s more comparisons to Oasis, 90’s rock bands, and British indie-rock bands, but they also have their own unique sound throughout. ‘Delete,’ which appeared on their first, self-titled EP, continues to play on the heartstrings of any listener with singer Tommy O’Dell’s unique twang resonating far longer than the song’s four minutes and twenty-seven seconds.

The band was formed in 2012, when friends Johnny Took and Tommy O’Dell, both playing in another band at the time, met guitarist Matt Mason. Originally the trio just enjoyed jamming together, but in the midst of this they found a unique sound, with which DMA’s were born. Their debut EP shot to just outside of the Top 10 on the i-Tunes Charts, and from there things have only looked up.

Moving on to new material, opening song ‘Timeless’ explodes into the listener’s ears with heavy guitar and emphatic vocals, and a steady beat that rarely diverts from the main riff. It sets the tone for this fairly uniform album, which is dominated by indie-guitar riffs, coupled with a rock style drum beat, and an obvious focus on lyrics.

With a traditionally rock intro that feeds into a slightly quirkier melody during the first verse, ‘Lay Down’ showcases the musical talent of the band. The unusual coupling of the exceptionally drawn out, rasping notes of O’Dell, with an upbeat arrangement underneath makes one give this song a little extra attention, to understand and appreciate its composition.

‘Too Soon’ is heavily focused on vocals. They are the first thing the listener hears, and the backing arrangement fades into oblivion behind them. The only thing, in fact, that allows this song to be somewhat memorable, is the dominance of vocals over instruments.

‘In the Moment’s’ abundance of vocal harmonies adds another layer to its composition, without which the song would be quite forgettable. And though enjoyable, it is apparent that there is something missing from it, that striking factor that makes it play around your head for days. It is an enjoyable song, easy to listen to and enjoy, but clearly not one of DMA’s’ star songs.

‘So We Know’ achieves the perfect balance of subtle and striking, as the composition contains just the right amount of angsty moments amidst the pale chords and delicate melodies, without sounding like the theme song of a b-grade teen movie. A highly emotive song, with lyrics like “now I know what life’s about,” the vocals are exceptionally vulnerable and easy to empathise with. It is one I could listen to several times on repeat and never get over.

The arrangement of ‘Melbourne’ conveys a real sense of place. It creates the unusual atmosphere for which Melbourne is famous; the big city coupled with the cosy feeling of a tiny coffee shop, infused with culture, art, and music. 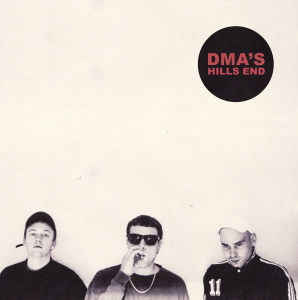 ‘Straight Dimensions’ is very much easy-listening. It stands out from the more rock genre songs dominant in “Hills End,” with electronic interludes and a more ornate arrangement than is the norm for DMA’s.

‘Blown Away’ does not quite live up to its name. This song is another that fades away on an album of much stronger songs than it, and at almost five minutes long it takes an age to end. Luckily, it is followed by ‘The Switch,’ which is extremely well done. Its intro is attention grabbing, the lyrics are chipper and repetitive enough to be easily memorable, and it is a good pace – slow enough to be easy-listening, but upbeat enough to stop the listener nodding off. The instrumental interlude is delicate but striking, and perfectly rounds off the sweet tune.

Listening to the album, one can picture the band jamming together over a few beers, experimenting with riffs, lyrics, and distortions until something clicks. O’Dell’s vocals are raw and emotive, making the band’s songs stand out as refreshingly honest. It doesn’t try too hard, it is not a musical masterpiece, but it does resonate with the listener as they move through the various emotions presented. “Hills End” received criticism from several publications for not standing out enough, not challenging anything, but since when was that the only things good music depended on? Perhaps sometimes, like in the case of “Hills End,” we should simply appreciate an album for exactly what it is – fun, catchy, with addictive melodies that will have you playing it on repeat. Will it end up in the musical cannon? Probably not. But we can certainly dance to it now.