With music constantly being released, it can be difficult to find new music without getting overwhelmed. Luckily, FIB Top 5 Tracks is here to simplify your search, with a mix of hot new releases and a couple of classics to satisfy your musical needs. 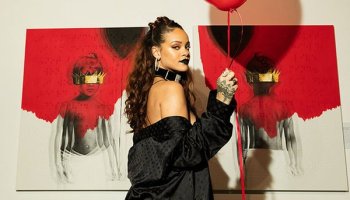 Sitting at No.1 on the Billboard Top 100 Charts, Rhianna’s hot new single from the album “ANTI,” entitled “Work,” should probably be on this list. However, everyone knows that song from being playing 10 000 times a day on every commercial radio station, and it’s time to let go. That does not mean that we should write Rhianna off entirely, though. “ANTI” is full of compelling, sassy songs that deserve as much attention, if not more, than “Work,” and in particular, track 5, “Desperado.” With an intriguing beginning, an attitude-filled synth accompaniment, and Rhianna’s unstoppable voice, “Desperado” passed the test for FIB’s Top 5 Tracks with flying colours.

Don’t let the name scare you off! This Australian psychedelic rock band may be a bit kooky, but their energy filled albums and performances have taken Oz by storm, particularly in the past year. Their latest single, “Gamma Knife,” only amps up the energy with a busy arrangement and an upbeat tempo. This is not a song to listen to on a lazy Sunday morning. This is a song to jump up and down to, shriek along to, and go a bit crazy to, and that is exactly how this band works. This song, like all of their tracks, is a little rough around the edges, and the band is known for their constant release of new music, but the honest recording and the obvious enjoyment the band gets out of this song is what makes it great. It makes the listener want to let their hair down, and just have fun.

3. Catfish and the Bottlemen “Soundcheck” 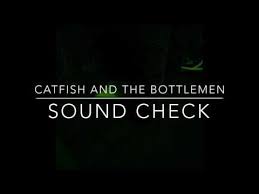 This Welsh indie-rock band has been around since 2007, but won their first Brit Award for British Breakthrough act in February this year. “Soundcheck” is a fantastic radio song, chilled enough to listen along to, but with an edge that keeps you listening for more. It’s grungy, with a pop influence, rather than the more usual reverse-format, so fans of rock, pop, and indie versions of the two would find a place for it on their playlist. The band has played at several large-scale music festivals, including Glastonbury, T in the Park, Reading and Leeds, and Lollapalooza, and the influence of that environment is evident in this song’s style. Somehow it sounds laid-back while still packing a punch, and that is why it gets a spot on this week’s Top 5 Tracks list. 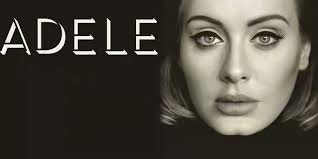 Who doesn’t like heavy, emotional music from the queen of the genre, Adele. “When We Were Young” was Adele’s second single from the album “25,” and, like “Hello” before it, is full of Adele’s signature sweeping vocals and impossible transitions through verse and chorus. This
track and the album as a whole stays true to Adele’s style while showing a maturation of her songwriting, vocals, and of the artist herself. It is always a winner 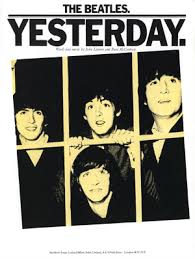 Following the death of the “5th Beatle” George Martin, it seems only fitting to look back and appreciate the impact of Martin and the music of the Beatles, on the music industry, and the world. In Paul McCartney’s tribute to Martin, he mentioned classic “Yesterday” as one of the highlights of their work together. McCartney was originally against the inclusion of a string quartet on the track, as he believed it would damage the Beatles’ rock’n’roll image, but as McCartney said “When we recorded the string quartet at Abbey Road, it was so thrilling to know his idea was so correct that I went round telling people about it for weeks.” As it became one of the most recorded songs of all time, we can now say he was right.