Riccardo Tisci, creative director of Givenchy, has designed a range of performance activewear for NikeLab. In typical Nike fashion, the sports wear industry will be getting a serious makeover with the release of Tisci’s two strikingly beautiful collections. 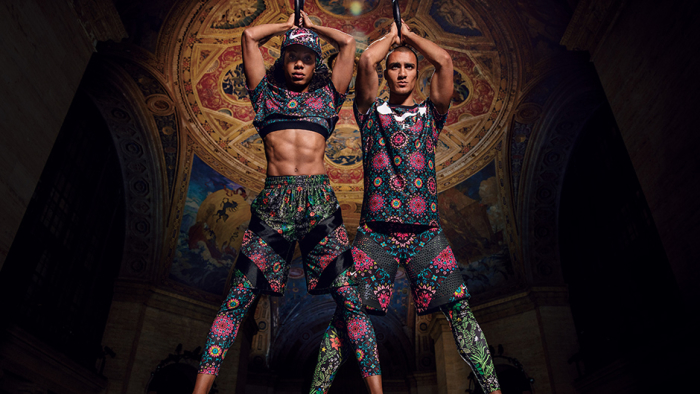 Tisci had previously worked with the sportswear powerhouse, making a statement with his interpretation of Nike’s ‘Dunks’. After the success of their previous collaboration, it came as no surprise that the two have produced this activewear collection.

The two collections feature “strikingly different aesthetics”, merging the worlds of Givenchy and Nike. One features a black and white colour palette, while the other kaleidoscope print incorporates flora from Oregon, Italy and Rio De Janeiro, in honour of the 2016 Olympics.

The collection was optimised for performance, utilising a number of Nike’s trademark technologies, including Dri-Fit and Flyknit. With activewear becoming increasingly popular, Tisci focused on producing a wearable fashion statement. He did explain that the designing of the collection was

“a difficult process, because to make something that is very dynamic, to do sport, and to do activity, and make it strongly recognizable—a fashion statement—is not easy.”

The men’s and women’s range will go on sale in July. Tisci told US Vogue that, “We achieved something that’s amazing. There’s a lot of sensuality.” With so much anticipation behind a fashionable collection that can be worn all day, the collaboration is sure to be another success for the fashion designer.